About 20 others have been injured and many are feared trapped

Flames rise the morning after a fire broke out at a factory named Hashem Foods Ltd. in Rupganj of Narayanganj district, on the outskirts of Dhaka, Bangladesh, July 9, 2021. REUTERS/Mohammad Ponir Hossain
DHAKA:

At least 52 people were killed, 20 injured and many more feared trapped after a massive fire raged through a juice-making factory in Bangladesh, officials said on Friday, the latest industrial fire accident in the country.

The fire started on Thursday evening at the ground floor of a six-storey factory building in the Narayanganj district, 20 km (12 miles) southeast of the capital Dhaka, run by the private firm Hashem Food and Beverage, which is a unit of Bangladesh's multinational Sajeeb Group. The factory makes mango fruit drinks under the Shezan brand.

"Three people died from jumping off the building to escape the fire and 49 charred bodies have been recovered so far," Mustain Billah, the administrator for the Narayanganj district, told Reuters by phone from the scene. 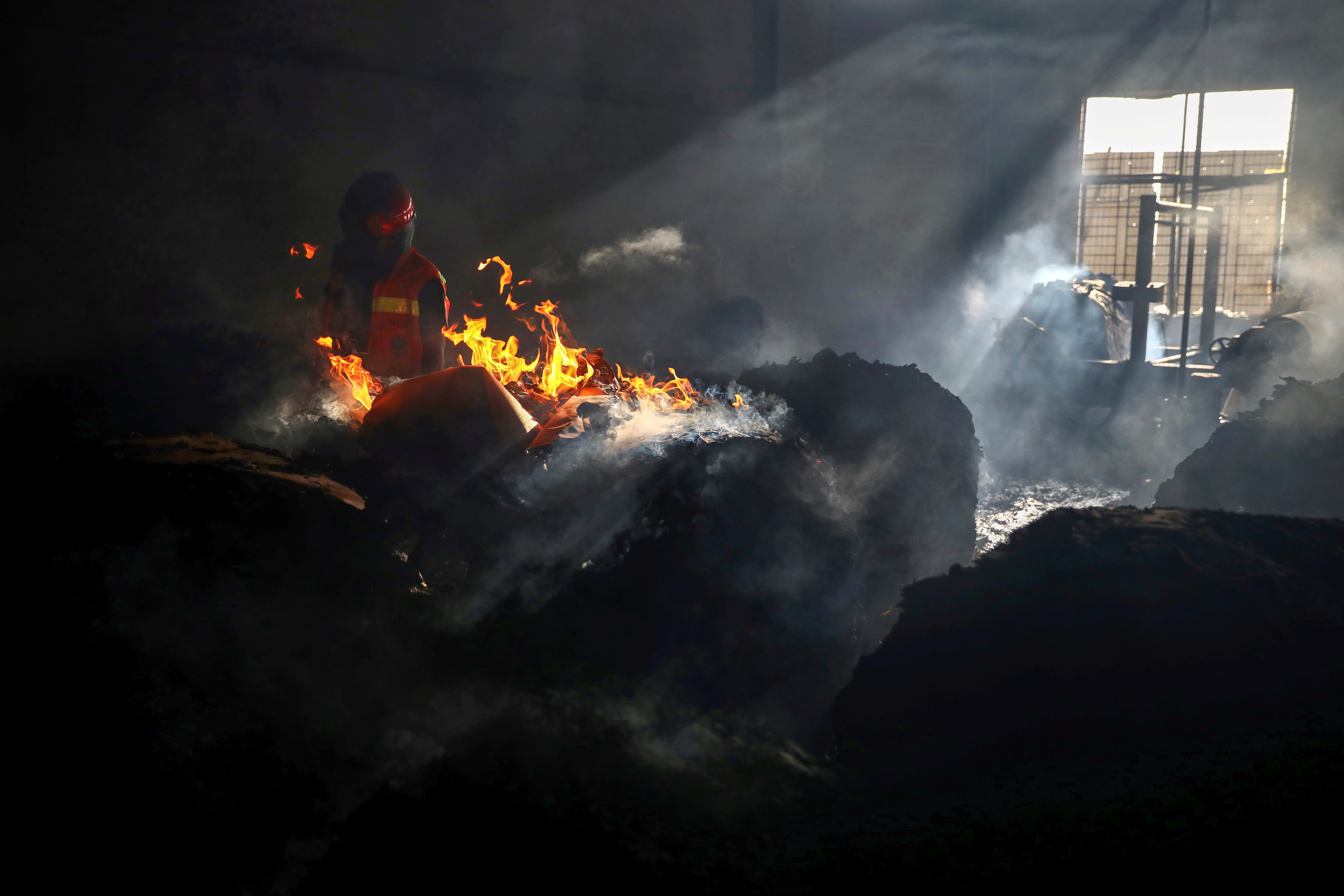 "It is still burning on the top floor. Firefighters are struggling to control it, as chemicals and flammable materials were stored inside the building."

He said that the cause of the fire is not yet known.

"Plastics and flammable substances and chemicals all made it hard to douse the fire," said Abdullah Al Arefin, a district fire service official, adding the severe heat from the fire caused cracks in the building.

Al Arefin said each floor in the building is about 35,000 square feet (3,250 square meters) but they were only accessible by two stairways and that many workers could not get out as the fire spread to the stairs. 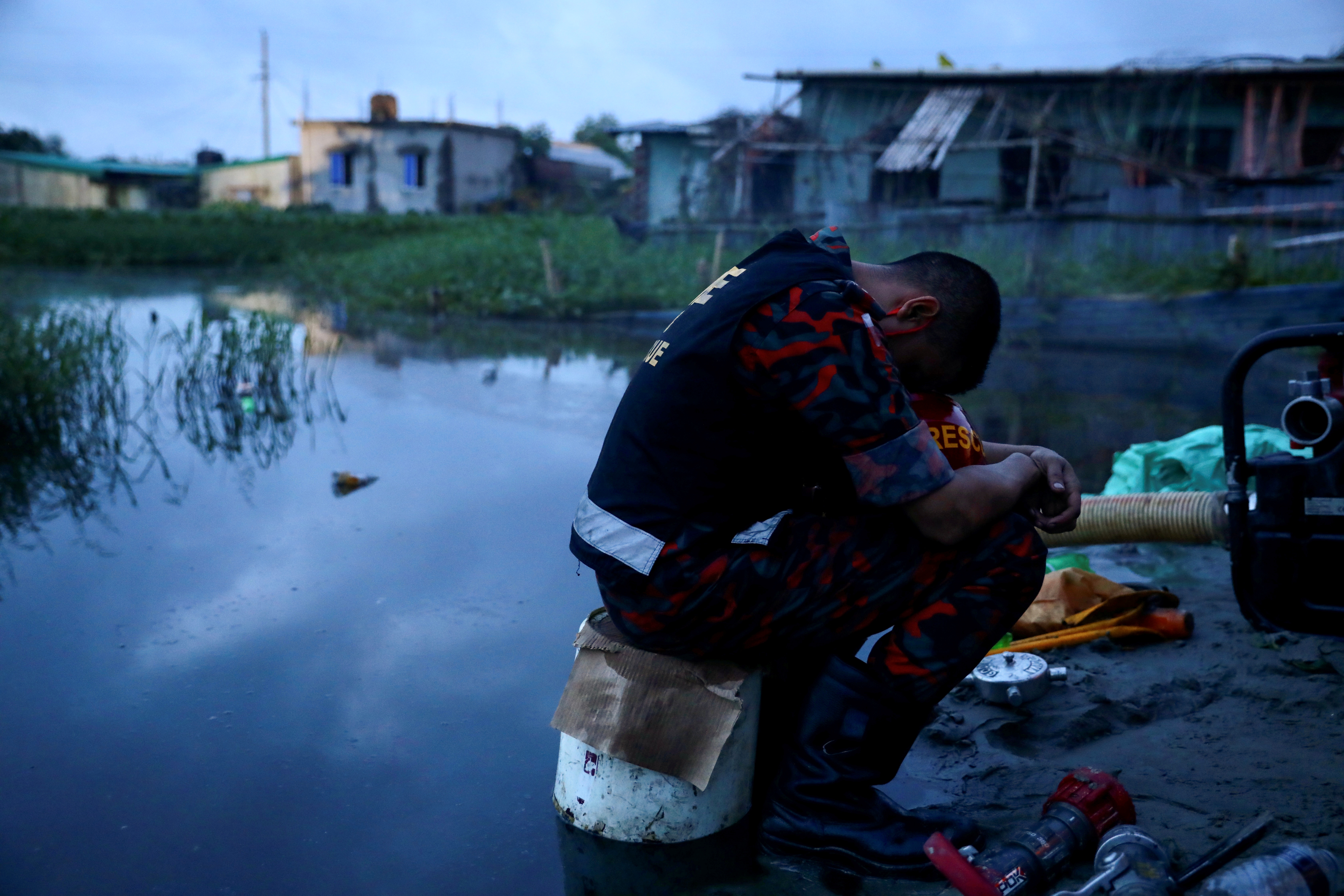 One of the doors leading from the stairs to the roof were locked, he said.

"We rescued 25 people after setting a ladder to the rooftop. We could have saved more if others could reach the rooftop,” said Debashish Bardhan, deputy director of the national fire service.

WHERE IS MY SON?

Many workers were injured in trying to jump off the building's second and third floors to escape, said Shah Alam, another district fire service official.

Officials at Hashem Foods and Sajeeb Group did not immediately respond to calls seeking comment.

As relatives of the missing staged protests around the factory site, a mother searching for her son, Nazma Begum, cried out, "There is no justice! Where is my son?" 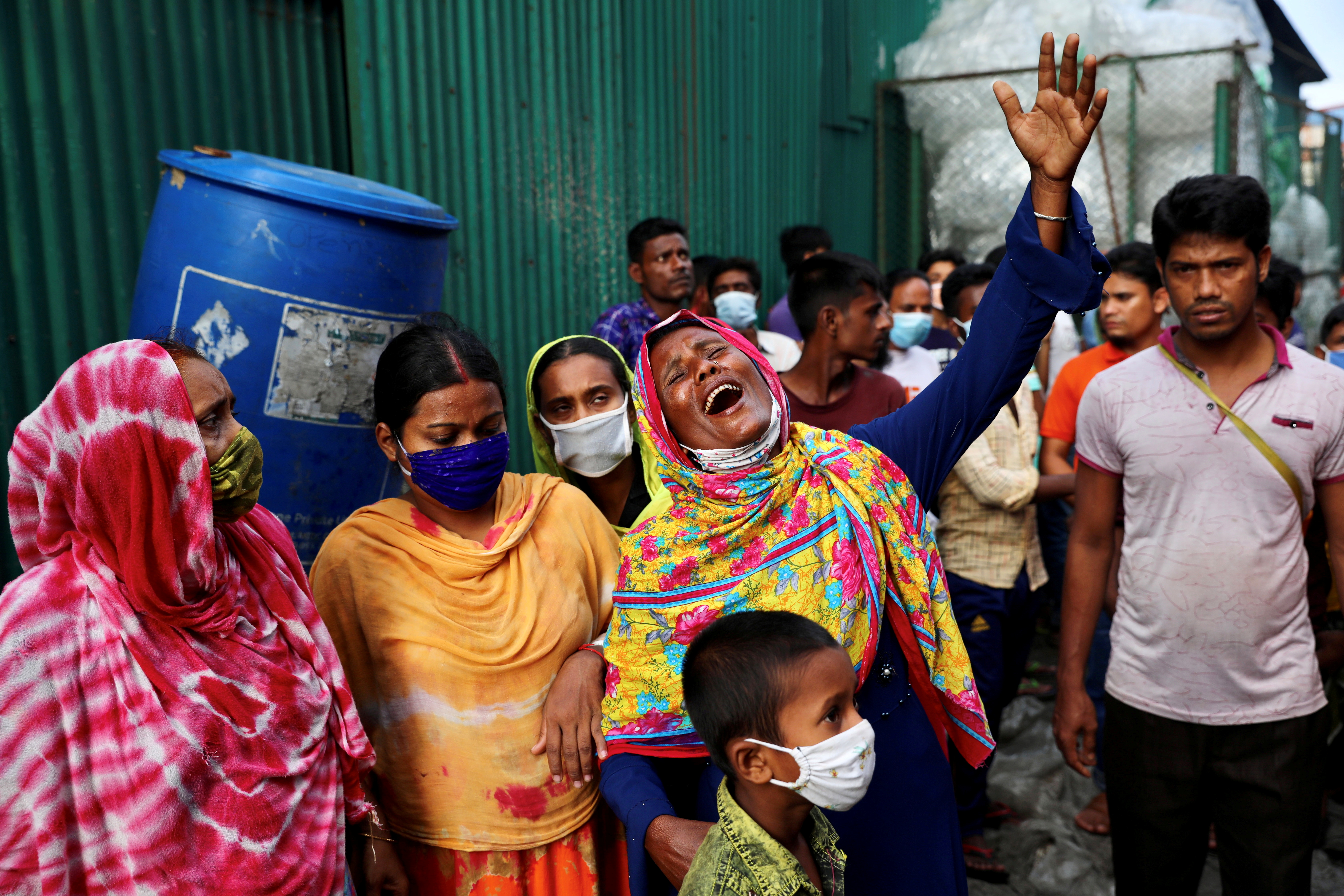 Narayanganj in central Bangladesh is packed with factories making everything from jute to textiles.

Disasters because of poor fire and building safety standards are common in Bangladesh, largely in the textiles sector that employs millions and contributes the most to its economy.

Industry officials promised better safety standards after the collapse of the Rana Plaza garment factory building in 2012 in Dhaka that killed more than 1,000 workers and injured hundreds. But many factories inside and outside the textiles sector still fall short, leading to accidents each year. 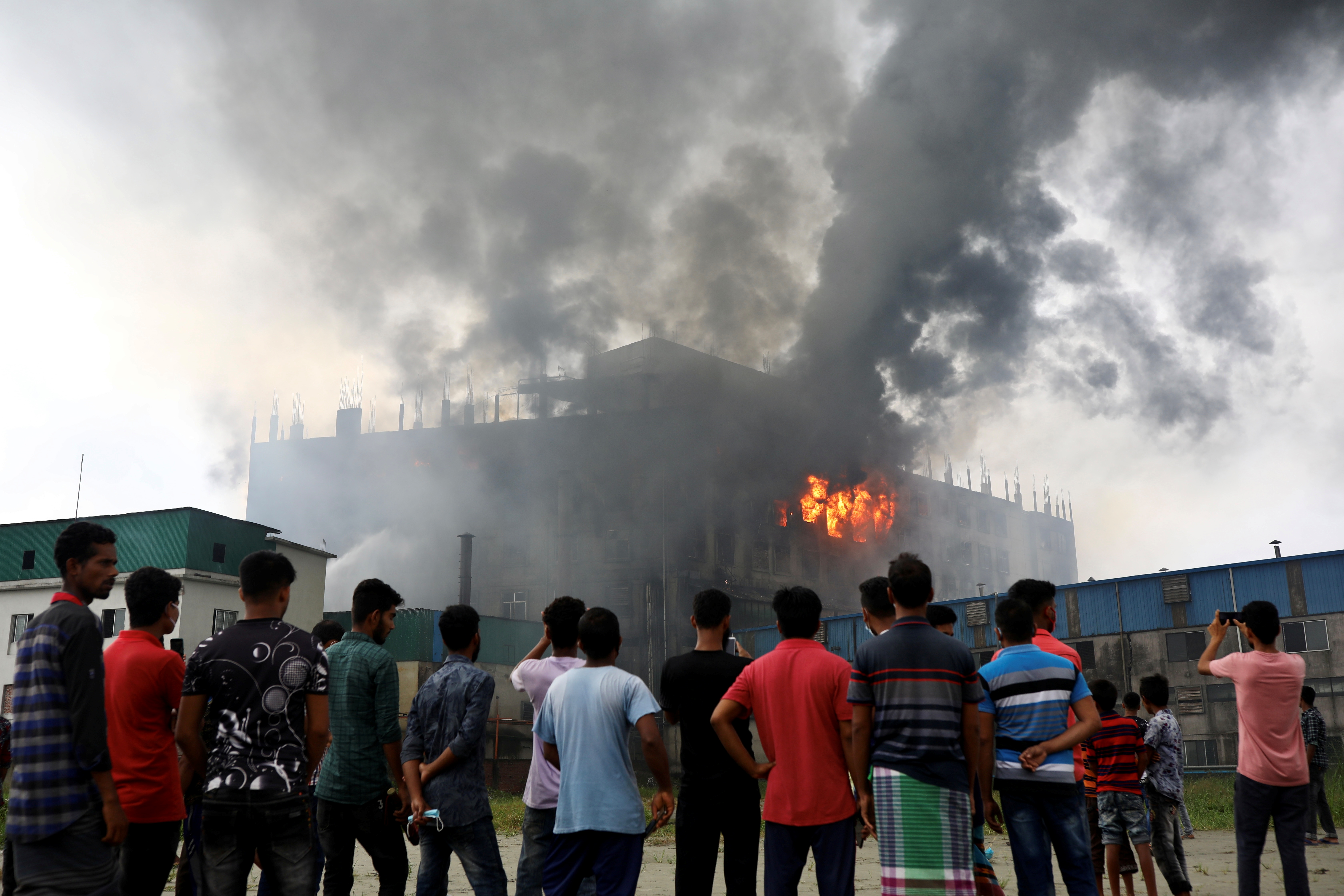 The Narayanganjdistrict administration has formed a five-member probe committee to examine the incident, Al Arefin said.