Three killed in stabbings in German town of Wuerzburg

German police in action in the German town of Wuerzburg, Germany, June 25, 2021, before they arrested a suspect after a "major operation" in which parts of the city center were sealed off and local media had earlier reported multiple stabbings. PHOTO: REUTERS
BERLIN:

Three people were killed and several wounded in a knife attack in the German town of Wuerzburg on Friday, police said, adding that they shot and arrested the suspected attacker, a 24-year-old Somali man, whose injuries were not life-threatening.

A reporter for ARD public television said he had been told by police that there were no indications of a terrorist motive behind the attack. Other media put the number of wounded to six.

"Three people were killed in an attack by a 24-year-old Somali," Lower Franconia police wrote on Twitter. "Others were injured, some seriously. The man, who lives in Wuerzburg, was hit with a police bullet, but his life is not in danger."

They had earlier said there was no indication that there were any other attackers, and that the situation was now under control. 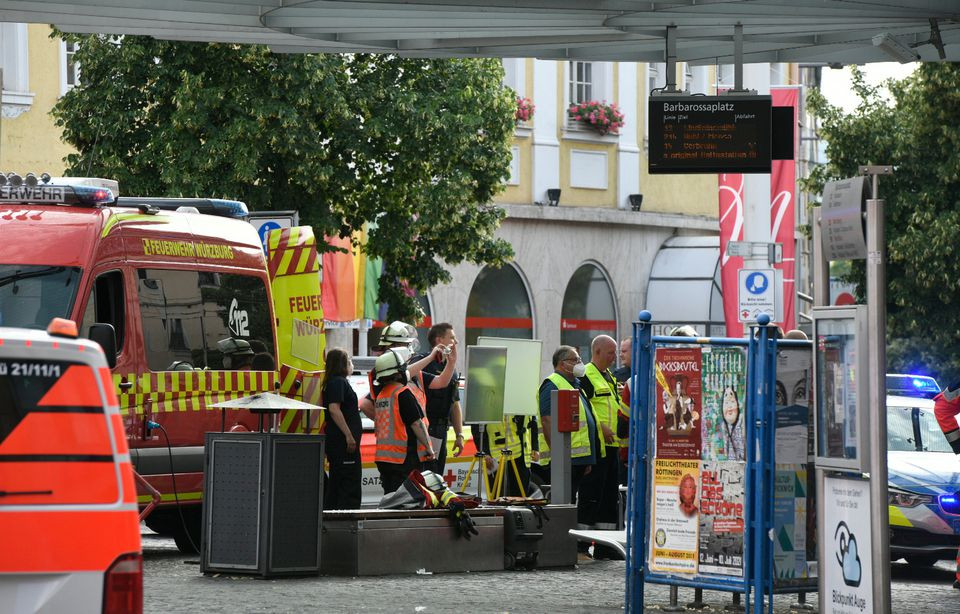 Read more: Shoot-out after policewoman stabbed in attack in France

Videos posted on social media showed a young man seemingly holding a long knife being warded off by other men holding chairs until police arrived. Another video appeared to show blood on the ground.

The videos matched the reported location of the attacks on and around Wuerzburg's central Barbarossaplatz, though it was not immediately possible to confirm when they had been made.

Reuters footage from the scene showed dozens of police and emergency vehicles in attendance.

Wuerzburg, an ancient city of some 130,000 people, lies some 100 kilometres south-east of Frankfurt.

One dead, five wounded in stabbing at Vancouver library, suspect in custody