The Punjab government has unveiled the biggest-ever Annual Development Programme (ADP) of Rs560 billion for the upcoming financial year 2021-21.

Ahead of the general elections 2023, on Monday, Pakistan Tehreek-e-Insaf-led (PTI) provincial government has announced the biggest ADP in the history of Punjab. The government has proposed a major chunk of resources 37% or Rs205 billion for social sector development, followed by infrastructure development 26% or Rs145.4 billion, special initiatives 16% or 91.41 billion, production sector 10% or Rs57.9 billion and services sector 4% or Rs23.37 billion. A sum of Rs36.41 billion or 7% has also been proposed for other development sectors. 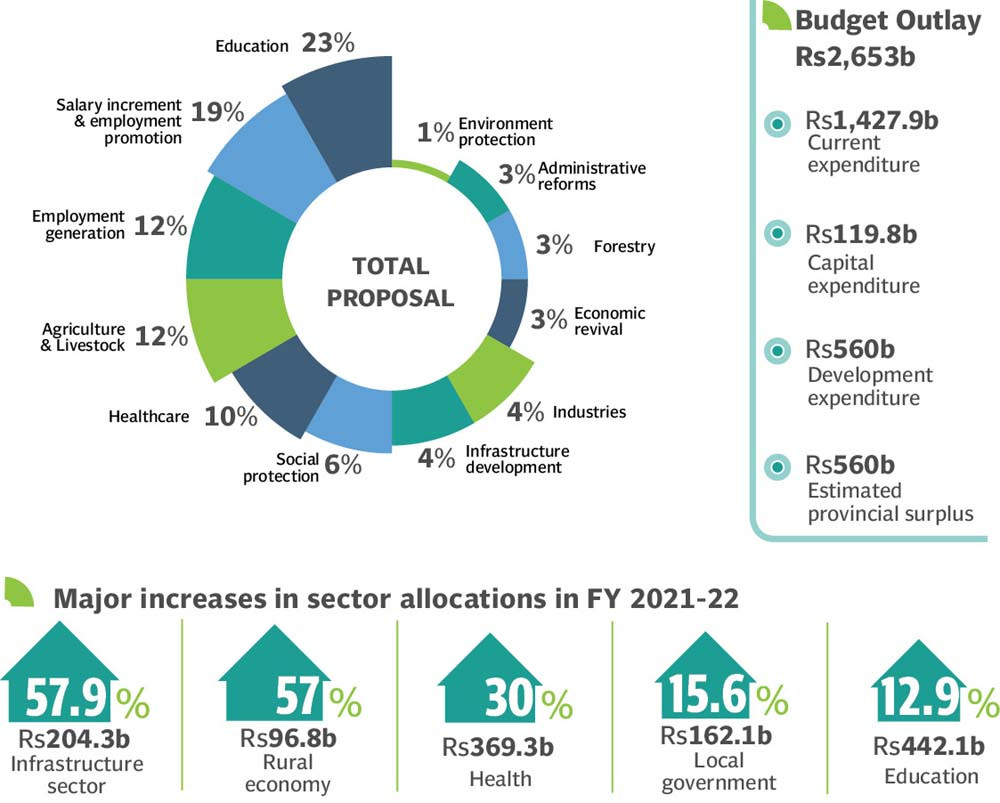 Documents show that the services sector gets a total of Rs23.37 billion out of which Rs5.07 billion has been allocated for governance and information technology (IT), Rs400 million for labour and human resource development, Rs16.8 billion for transport and Rs1.1 billion for emergency services (1122).

In addition, the ADP includes a huge sum of Rs91.41 under the head of special programmes and initiatives of the chief minister.

In budget documents, the government has highlighted a list of several flagship projects which are expected to be completed in the next financial year. These projects include the Punjab Agriculture Food and Drug Authority which will be completed with an estimated cost of Rs6.32 billion.