One of Pakistan’s most beloved couples officially got engaged on Friday.

One of social media’s most beloved couples, Minal Khan and Ahsan Mohsin Ikram, officially got engaged on Friday,
on a night full of glitz, glamour and the crème de la crème of the Pakistani showbiz industry.

The duo instantly took to Instagram thereafter and shared some beautiful photos from the ceremony. Minal looked stunning in her mint green, hand-embroidered dress and silver jewellery while the groom, dressed in a traditional all-white ensemble, looked as dashing as ever. 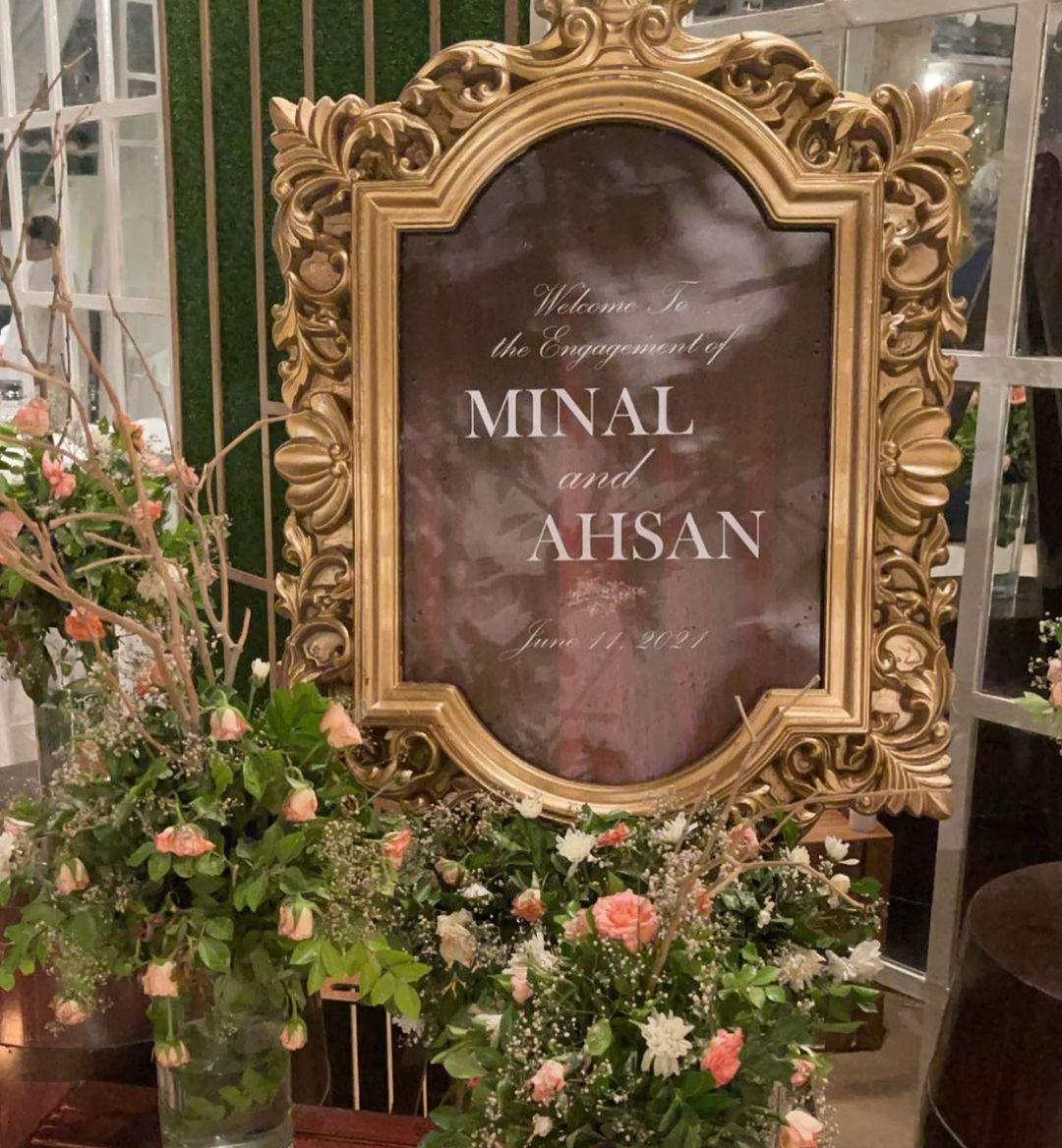 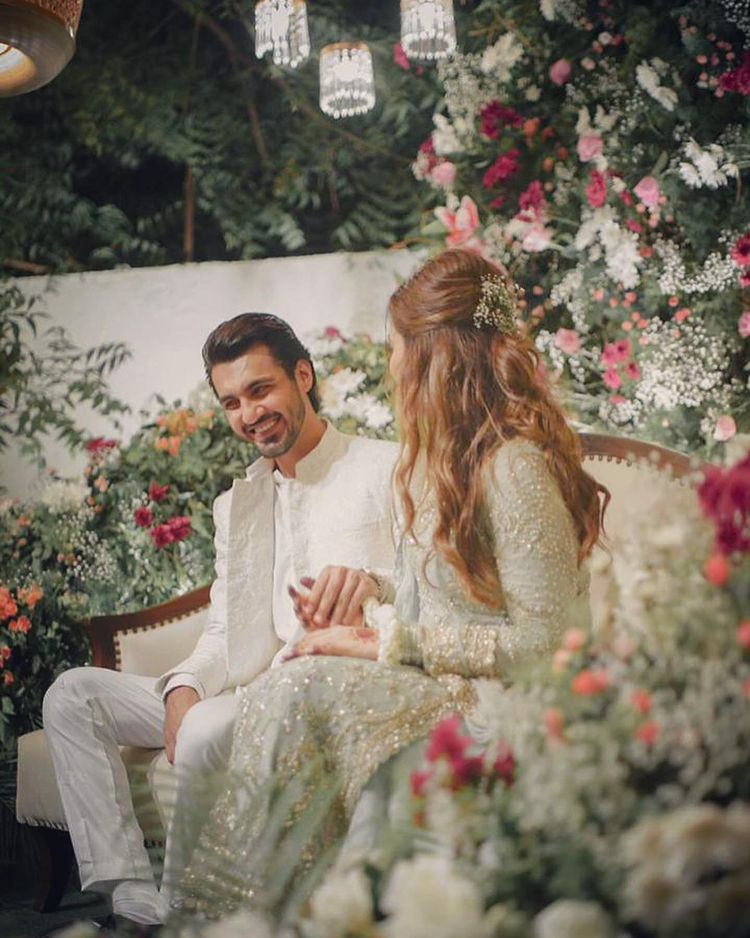 The ceremony appears to have been an intimate and close affair with a few guests who are close to the couple. Minal’s sister, actor Aiman Khan, and her husband actor Muneeb Butt were also present amongst those from the fraternity.

Actors Sara Ali, Kinza Hashmi and Saboor Aly were also spotted there, whereas model Amna Ilyas shared some interesting photos and videos from the event on her Instagram stories.

In fact, clips from the elaborate event quickly made their way to the world wide web and were being circulated on social media all of Friday night, showing the couple having quite the ball. In one of the videos, the twin sisters can be seen dancing together while sitting next to Mohsin.

Minal also shared a romantic photo of them as part of the official announcement, showing her standing on top of a classic red car in all her bridal glory with Mohsin grabbing her from the bottom. The couple stared into each other’s eyes with love, leaving their fans in awe. 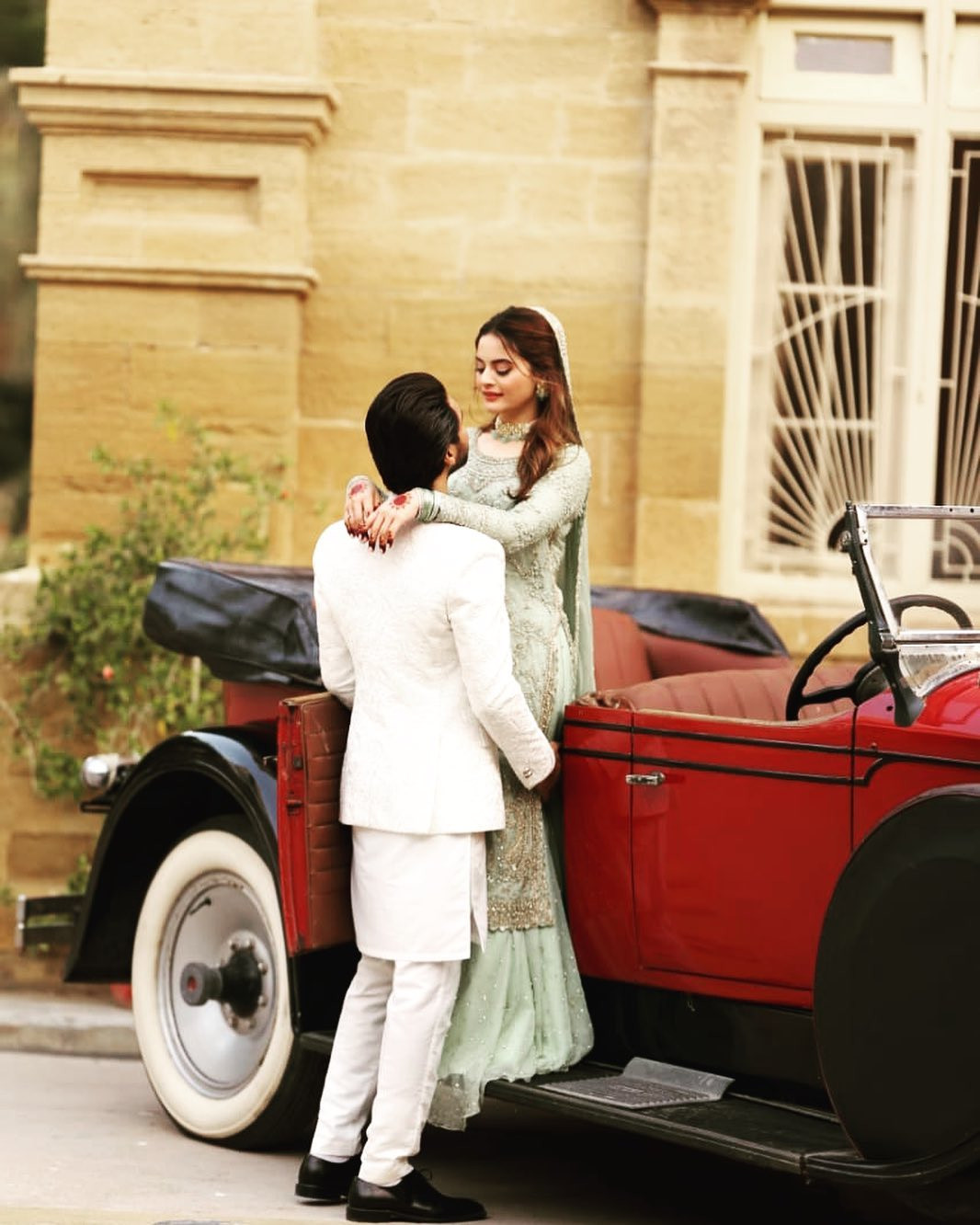 In another photo, the starlet can be seen flashing her engagement ring, with her beau holding her hand. She captioned the post, “My heart.” 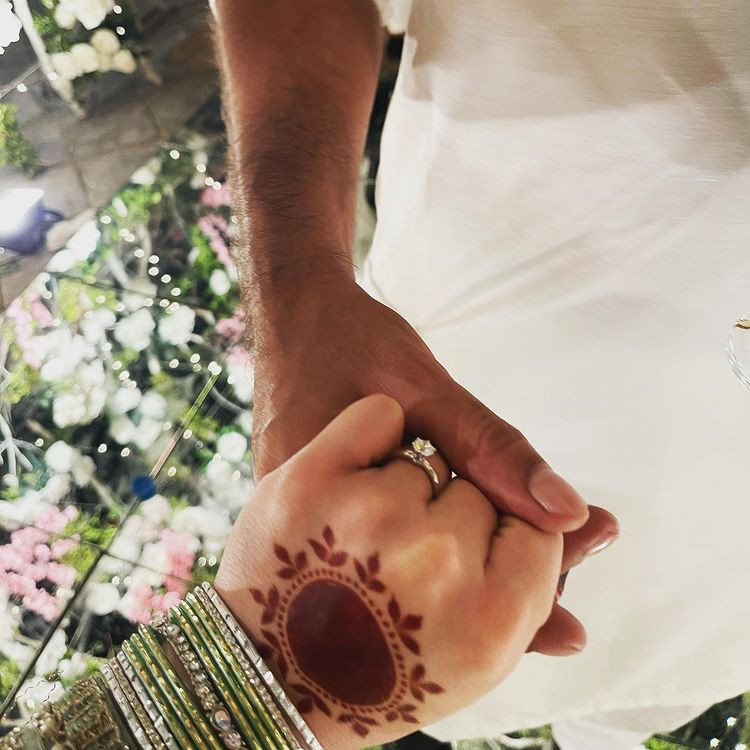 Soon after, many congratulatory posts started pouring in all over social media from fans and fellow celebrities alike. Aima Baig and Mushk Kaleem took to social media to send the newly-engaged couple their glad tidings and prayed for the betterment of their future.Minal and Ahsan have been together for nearly two years now. They confirmed their relationship in November, after Minal’s 22nd birthday celebrations, followed with a romantic ring exchange on Valentine’s Day. Following this, the duo also shared some images from their baat pakki, which had stirred quite the controversy.