One of the highlights of his visit was the inauguration of a new US government-funded high school in Karachi. PHOTO: EXPRESS
KARACHI:

US Embassy Chargé d’affaires Lesslie Viguerie visited Karachi on June 7-9 and met with Sindh Chief Minister Murad Ali Shah, Pakistan Navy officials, and prominent business leaders and women entrepreneurs to promote and strengthen the many ties between the two countries.

Chargé Viguerie commended Chief Minister Shah for his support of United States Agency for International Development’s (USAID) projects in Sindh, which are aimed at strengthening the province’s education, health, and agricultural sectors through civilian assistance grants, according to an official statement issued on Friday.

Chargé Viguerie affirmed the importance of the US-Pakistan military relationship during his meeting with Rear Admiral Naveed Ashraf. 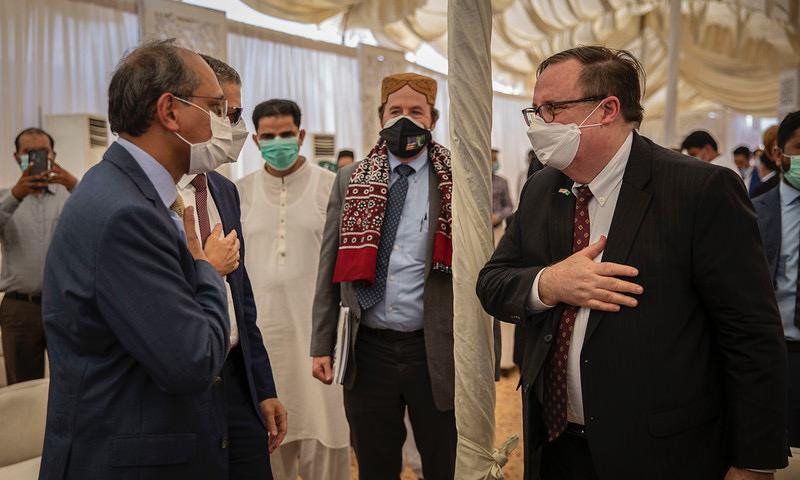 US officers and sailors were hosted for dinner aboard the Pakistan Navy Ship Aslat before cooperating in bilateral maritime security training at sea, according to the communiqué. 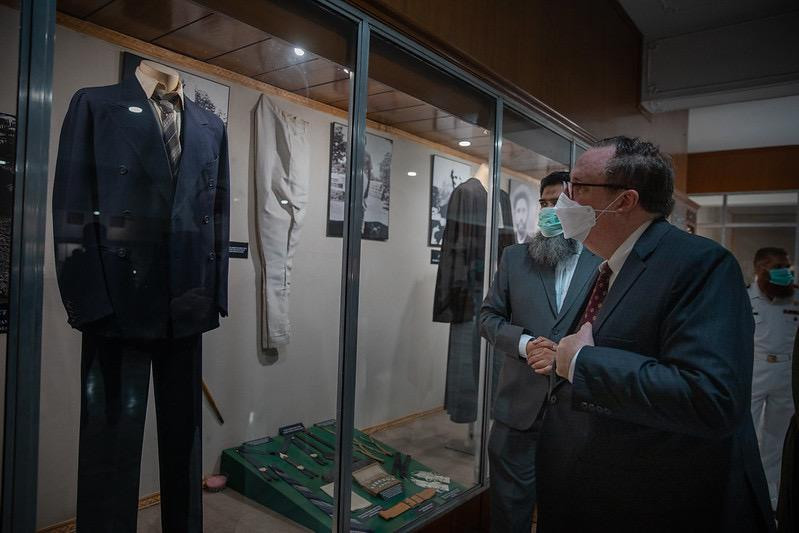 To further boost commercial ties between the two countries, the US envoy met with members of the business community, including executives from the American Business Council, to discuss ways to support US and Pakistani companies in key sectors including agriculture, information and communication technology, renewable energy, and LNG.

Chargé Viguerie also engaged with prominent Pakistani businesswomen to understand opportunities and challenges facing women-led businesses and identify areas in which the US government can better support their endeavours. 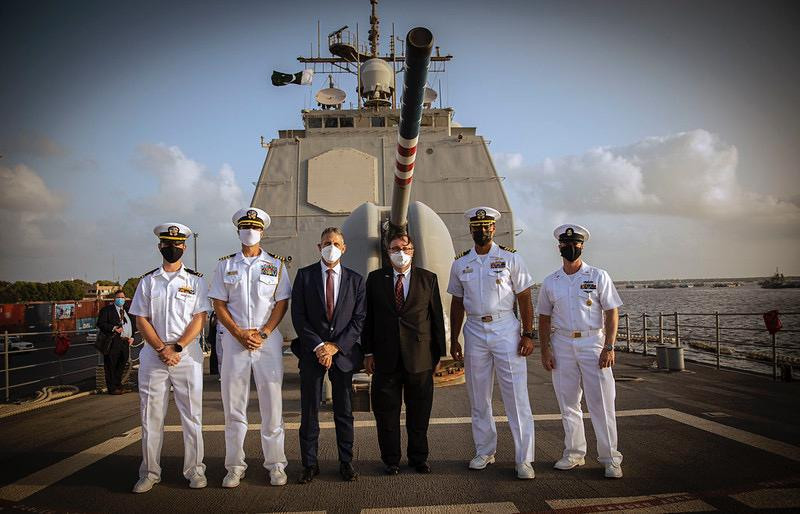 One of the highlights of his visit was the inauguration of a new US government-funded high school in Karachi. 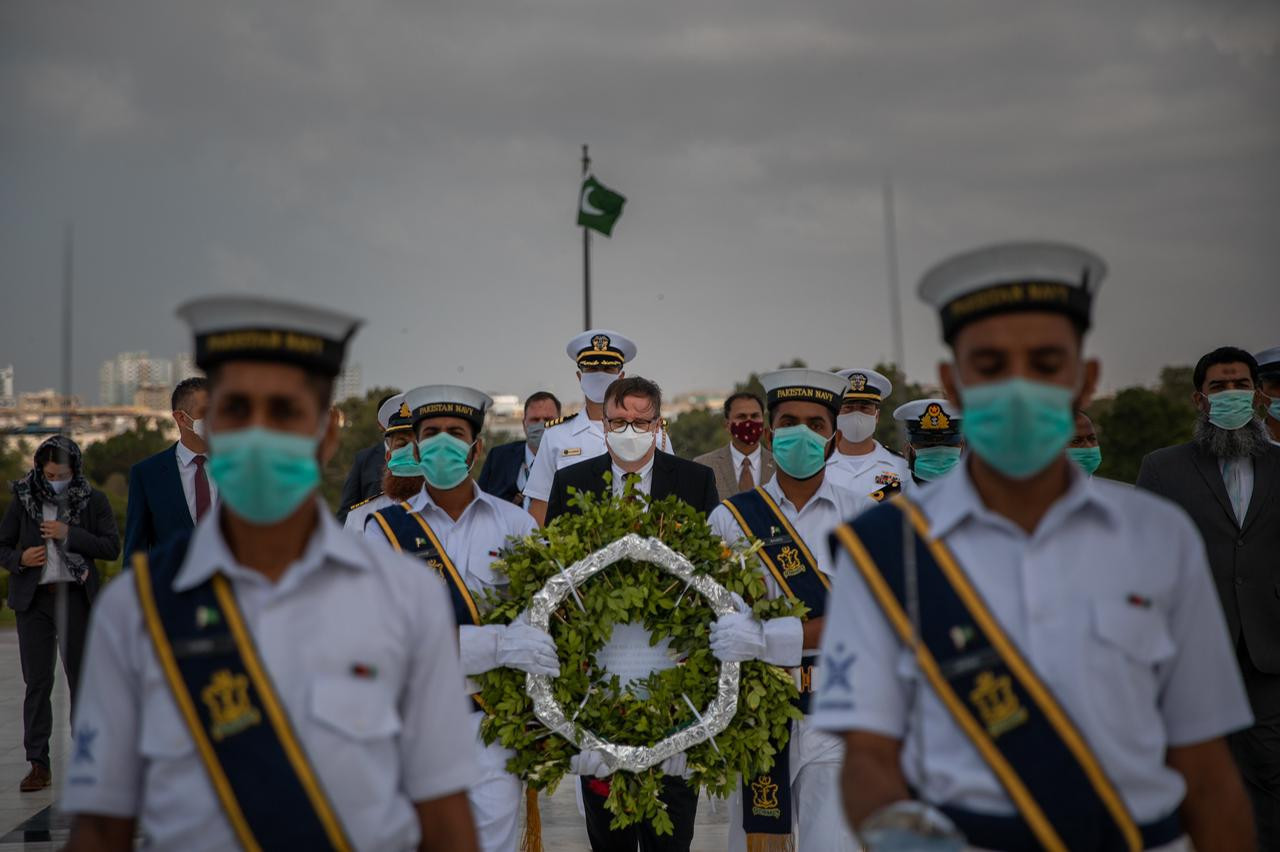 During his visit, Chargé Viguerie also paid his respects at the tomb of Quaid-e-Azam Muhammad Ali Jinnah.

America may be ‘back’ at G7, but allies’ doubts about US democracy linger

Outcry as Muslim US lawmaker equates America with Hamas, Taliban