Rs96b reserved in next budget for MPs' projects

Yair Lapid, 57, a former TV host and finance minister, would take over after about two years

Israeli Prime Minister Benjamin Netanyahu speaks on his mobile phone during a special session of the Knesset whereby Israeli lawmakers elect a new president, at the plenum in the Knesset, Israel's parliament, in Jerusalem June 2, 2021. PHOTO: REUTERS
JERUSALEM:

Israel’s opposition leader moved closer to unseating Prime Minister Benjamin Netanyahu when he officially told the country’s president that he has reached agreements with political allies to form a new government.

About 35 minutes before a Wednesday midnight deadline, the centrist Yair Lapid told President Reuven Rivlin in an email: "I am honoured to inform you that I have succeeded in forming a government."

Rivlin, attending Israel's soccer cup final at the time, congratulated Lapid by phone, according to his office.

Lapid’s main partner is nationalist Naftali Bennett, who would serve as prime minister first under a rotation between the two men. Lapid, 57, a former TV host and finance minister, would take over after about two years.

Their coalition government would comprise a patchwork of small and medium parties from across the political spectrum, including for the first time in Israel's history a party that represents Israel's 21% Arab minority - the United Arab List.

But the fragile new government, which would command a razor-thin majority in parliament, was only expected to be sworn in about 10-12 days from now, leaving slight room for Netanyahu's camp to try and abort it by turning lawmakers over to their side and vote against it.

Israeli political analysts widely expected Netanyahu to try every possible political manoeuvre to make this happen, seizing upon Yamina members who are unhappy about joining forces with Arab and leftist lawmakers.

"Calm down. Netanyahu’s still prime minister for a few more days until the confidence vote and he's going to fight every inch of the way to deny the new government its wafer-thin majority. This is still very far from over," Anshel Pfeffer, political analyst for the liberal Haaretz newspaper, wrote on Twitter.

Netanyahu, who has yet to respond to Lapid's announcement, controls 30 seats in the 120-member Knesset, almost twice as many as Lapid's Yesh Atid party, and he is allied with at least three other religious and nationalist parties. 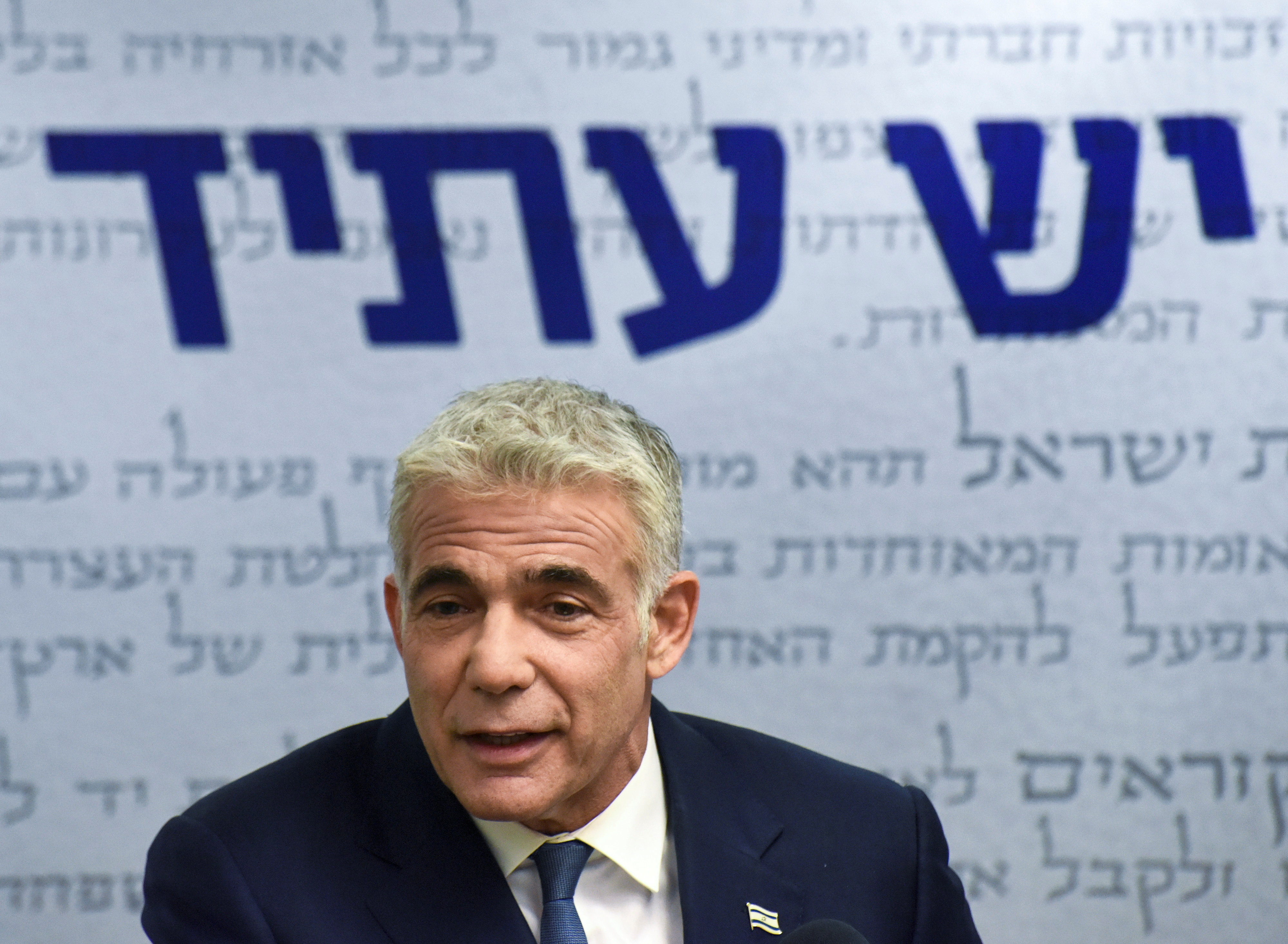 Yair Lapid, head of the centrist Yesh Atid party, delivers a statement to the press before the party faction meeting at the Knesset, Israel's parliament, in Jerusalem May 31, 2021. PHOTO: REUTERS

During a 12-year run in top office, Israel’s longest serving leader has been an often polarising figure at home and abroad.

Netanyahu, 71, has sought to discredit the Bennett-Lapid alliance, saying it would endanger Israel's security - an allusion to efforts to curb Iran's nuclear programme and manage ever-fraught Palestinian ties.

Benjamin Netanyahu, Israel's longest-serving prime minister, is on the verge of being toppled from power after more than a decade in office. A look back at 12 years of Netanyahu: https://t.co/FU0tQmLXfy pic.twitter.com/Os4kM0oSsv

Lapid, a centrist, was given the task of forming a governing coalition after right-wing Netanyahu failed to do so in the wake of a March 23 election. He campaigned under a pledge to "return sanity" to Israel, focusing on Netanyahu's corruption trial on charges which he denies.

"This government will work for all Israel's citizens, those who voted for it and those who did not. It will respect its opponents and do all it can to unites and connect all parts of Israeli society," Lapid said on Twitter.

The new government, if it is sworn in, will face considerable diplomatic, security and economic challenges: Iran, the moribund peace process with the Palestinians, a war crimes probe by the International Criminal Court and economic recovery following the coronavirus pandemic.

A source involved in the coalition talks said the proposed new government would try to retain consensus by avoiding hot-button ideological issues such as whether to annex or cede occupied West Bank territory that Palestinians want for a state.

"This is a night of great hope," Gantz, who will remain in office under the coalition agreements, said on Twitter as he set out on a trip to Washington in the aftermath of 11 days of fierce fighting with Hamas in Gaza last month and as world powers press on in reviving a nuclear deal with Iran.

After Lapid's announcement, a few dozen activists from the protest movement against Netanyahu broke out in cheers. "He's finished, he's finished, yalla Bibi, go," they chanted outside a bar in Tel Aviv, referring to Netanyahu by his nickname.

“We’re hopeful for this change for a better future for this wonderful state,” said 27-year-old student Eran Margalit.

How and why Israel helped create Hamas?

Israel either has deep pockets or Professor Xavier on their payroll: Sheheryar Munawar

Top US diplomat lands in Israel to 'solidify' ceasefire