When compared with the rising Bollywood star, Mansha confessed she's heard that before but doesn't agree with it

Personally, Ushna Shah would’ve fit the bill more, but since we’re going all out, there’s no harm in looking at things from another person’s perspective.

So Mansha, who held an interactive session on her Instagram Stories recently, allowed her followers to ask her whatever they wanted. One user went on to comment, “You are Pakistan’s Sara Ali Khan,” and to our surprise, Mansha said she gets that a lot. “Yeah I don’t see it, but I get it a lot,” she confessed. 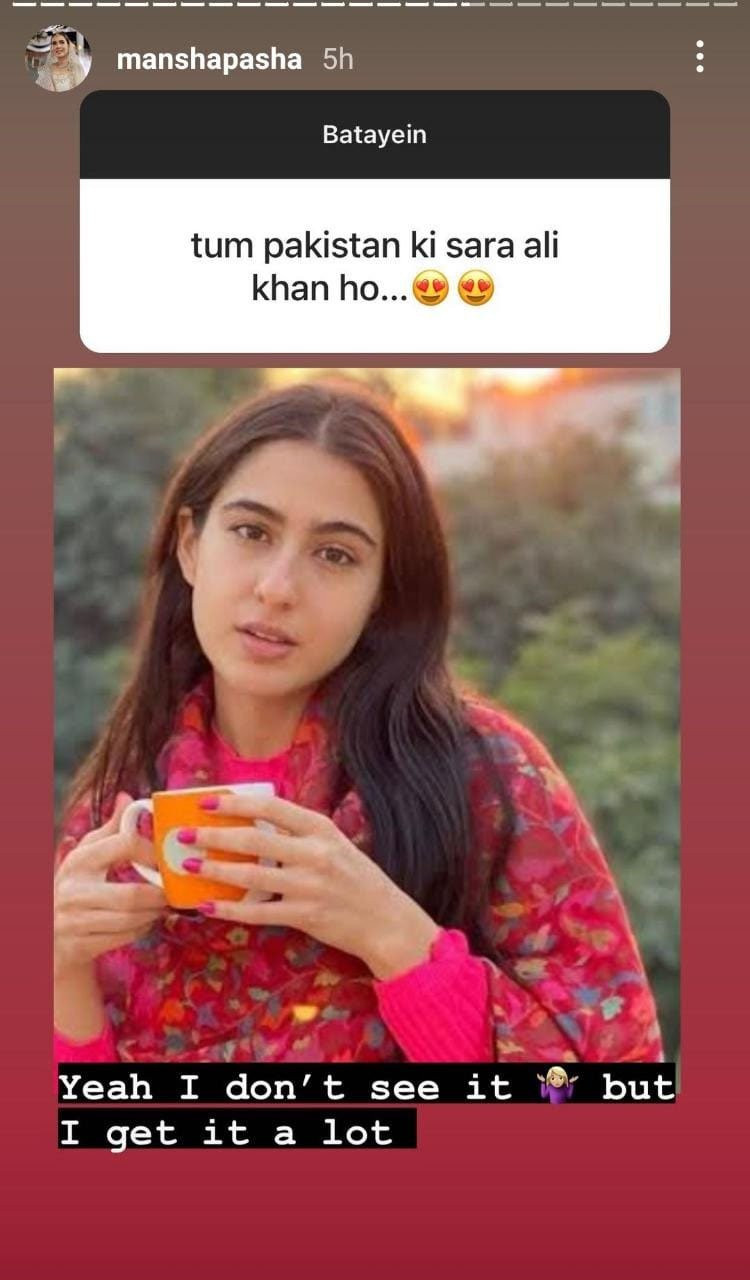 Her response sparked a debate on social media, leading many to dub the comparison a “result of hallucination,” while others claimed they saw it too.

“Nope, Sara must be India’s Mansha,” commented a user. “I don’t see it either but Mansha is prettier,” complimented one more. “Pakistanis are so obsessed with Indians that they keep comparing. There is a thing called self-respect and we need to learn it,” chimed in a user furiously.  “Everybody note this down, this is what we will be questioned about in the exams!” quipped one more. “No she looks like Mansha! Let’s just stop comparing our talented actors to Indian actors. Pakistan is the best!” commented a patriotic user.

Mansha recently tied the knot with Pakistani civil rights activist, and lawyer, Mohammad Jibran Nasir. She stepped into the realm of film with Chalay Thay Saath and played the leading role in Laal Kabootar, which received wide critical acclaim, despite not making it as big at the box office.

Sara, on the other hand, is a rising star who’s appeared in numerous Indian films. She is also the daughter of Saif Ali Khan.

The wedding ceremony was attended by many other Turkish stars

The wedding ceremony was attended by many other Turkish stars