Muslims mark Eid with masks and prayers amid Covid and conflict

Muslim worshippers attend Eid al-Fitr prayers to mark the end of the month of Ramadan, amid the coronavirus disease (COVID-19) pandemic, at Didsbury Central Mosque in Manchester, Britain, May 13, 2021. PHOTOS: REUTERS

Muslims across the world celebrated Eid al-Fitr with masks and prayers, as conflicts and coronavirus restrictions cast shadows over the festival's mass gatherings and family reunions.

Many Covid-hit countries, including Pakistan, India, Malaysia and Indonesia imposed curbs, shut shops and even some mosques - though the numbers out praying were higher than in 2020 when lockdowns all but cancelled events. 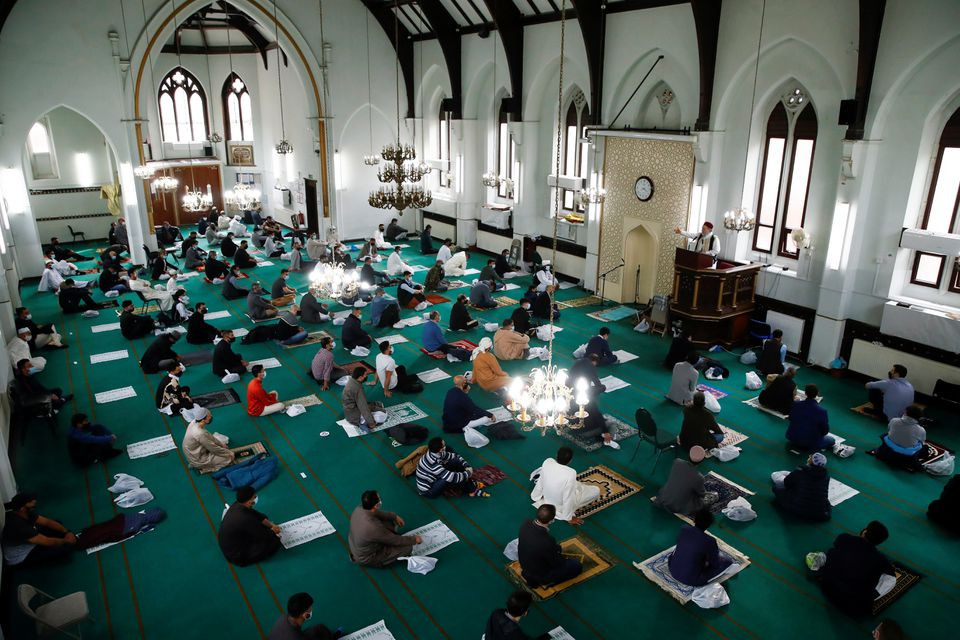 "(We are) very lucky that we can pray together this year, when we couldn't do it last year," said Tri Haryati Ningsih, 53, at the Dian Al-Mahri mosque in the Indonesian city of Depok, south of the capital Jakarta. 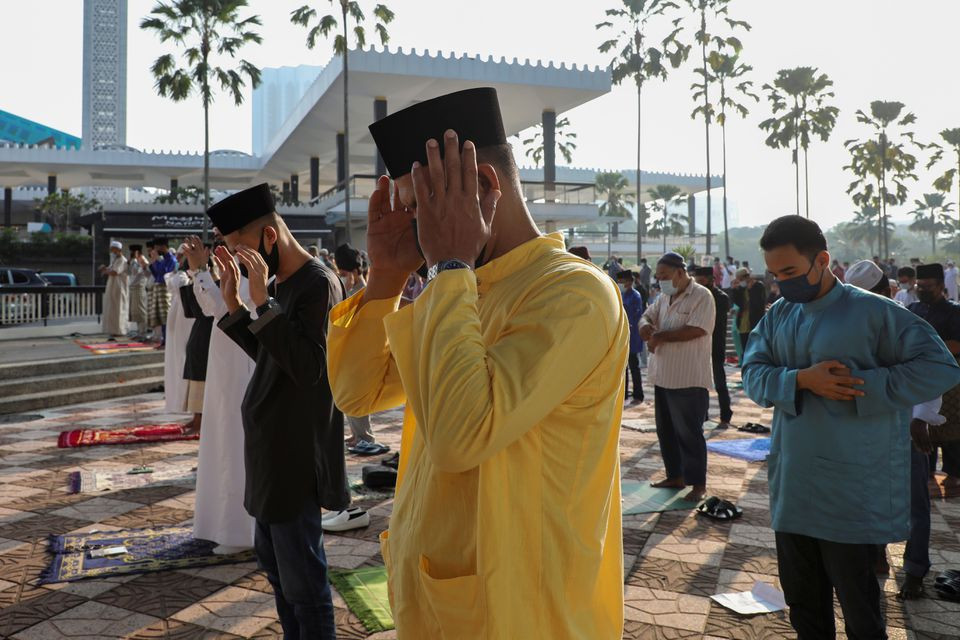 "Hopefully, the coronavirus will pass quickly and we can always worship together," she added.

In a typical year, millions would travel to their hometowns to celebrate the end of the fasting month of Ramadan with their families, and crowd into markets and malls sharing greetings and sweets.

In Depok, the faithful wore masks as they arrived and sanitised their hands before going in. 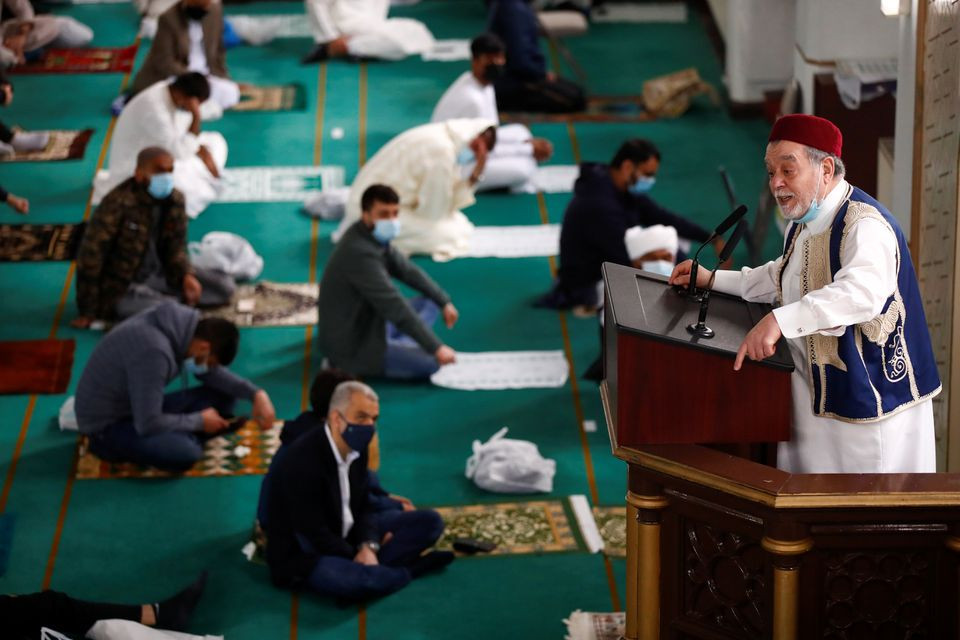 At the entrance, a poster outlining six steps recommended by the World Health Organisation to prevent the spread of Covid-19 served as a reminder of the danger.

Many Muslims also marked Eid under the shadow of conflict, past and present.

In Gaza the usual excitement of Eid turned to mourning for some after a heavy night of Israeli air strikes during the fiercest flare-up in years. Medics have put the death toll in the enclave at 83 so far this week.

"Every year, we would dress up and make visits. This year we will not go anywhere," said 20-year-old Basma Al-Farra in Khan Younis refugee camp.

Rockets and missiles in dizzying numbers have been exchanged since Monday between Hamas in Gaza and Israel's military across the enclave's boundary, after the latest tensions related to land ownership in Jerusalem erupted into conflict.

In Afghanistan, the Taliban declared a three-day ceasefire for Eid just days after a bombing that killed 80 people, most of them schoolgirls.

Some children in Kabul enjoyed the festival at an amusement park, shrieking with delight as they rode carousels and high-flying swings.

"Afghanistan is unfortunately involved in war and insecurity, but the people are delighted with this three-day ceasefire," said Noorulah Stanikzai, a young resident of Kabul relaxing at the park with his friends.

In the Iraqi city of Mosul, which was badly damaged in the long war between Iraqi forces and the Islamic State militant group that ended in 2017, worshippers gathered in the historic but largely ruined 7th century al-Masfi mosque.

Eid prayers were held there for the first time since parts of it were reduced to rubble. The prayers were instigated by a local group of volunteers to help amplify their calls for the Old City to be rebuilt.

"We are happy about Eid and other celebrations, but there is also heartbreak because of great destruction in Mosul until this day," said Ayyub Dhanun, one of the volunteers.

"This is an invitation to rebuild this monument and to compensate Mosul residents by rebuilding their houses in old Mosul."

US ties in spotlight at Washington event