Oil gains after cyberattack shuts down US fuel pipelines

'The March of the Flags' is cancelled, a procession to celebrate Israel's capture of east Jerusalem during 1967 War

Rockets are launched by Palestinian militants into Israel, in Gaza May 10, 2021. PHOTO: REUTERS

Palestinian militants in the Gaza Strip fired rockets toward the Jerusalem area and southern Israel on Monday, carrying out a threat to punish Israel for violent confrontations with Palestinians in Jerusalem.

The Gaza health ministry said nine Palestinians were killed in Israeli air strikes in the Palestinian territory after the barrages against Israel. The Israeli military issued no immediate comment on any action it had taken in the enclave. 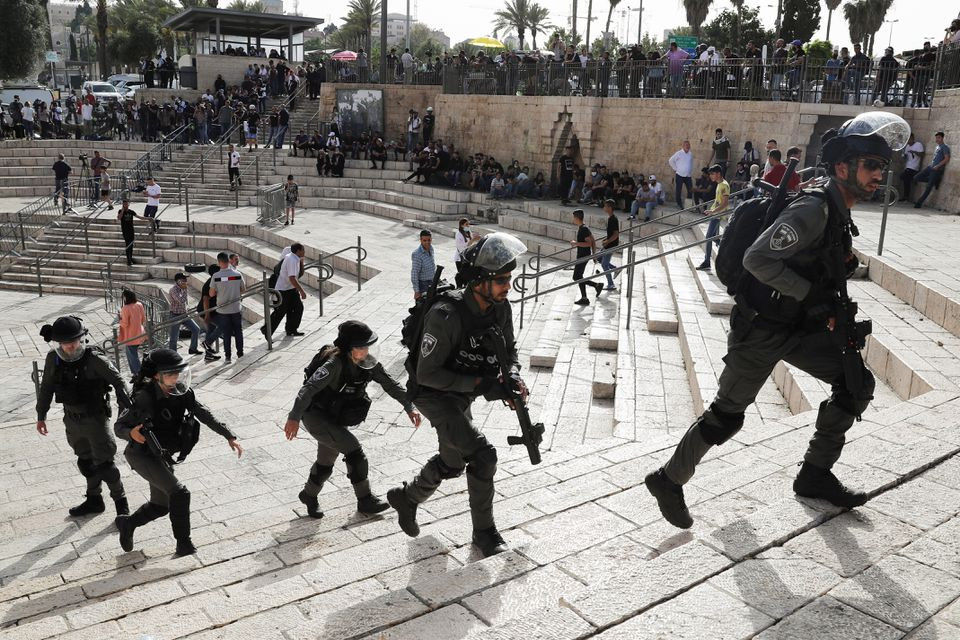 Rocket sirens sounded in Jerusalem, in nearby towns and in communities near the Gaza minutes after an ultimatum from the enclave's ruling Islamist Hamas group demanding Israel stand down forces in the al Aqsa mosque compound and another flashpoint in the holy city expired.

There were no immediate reports of casualties from the rocket fire in Israel, but local media reported that a house in the Jerusalem hills had been damaged, in the most serious outbreak of hostilities with Hamas in months. 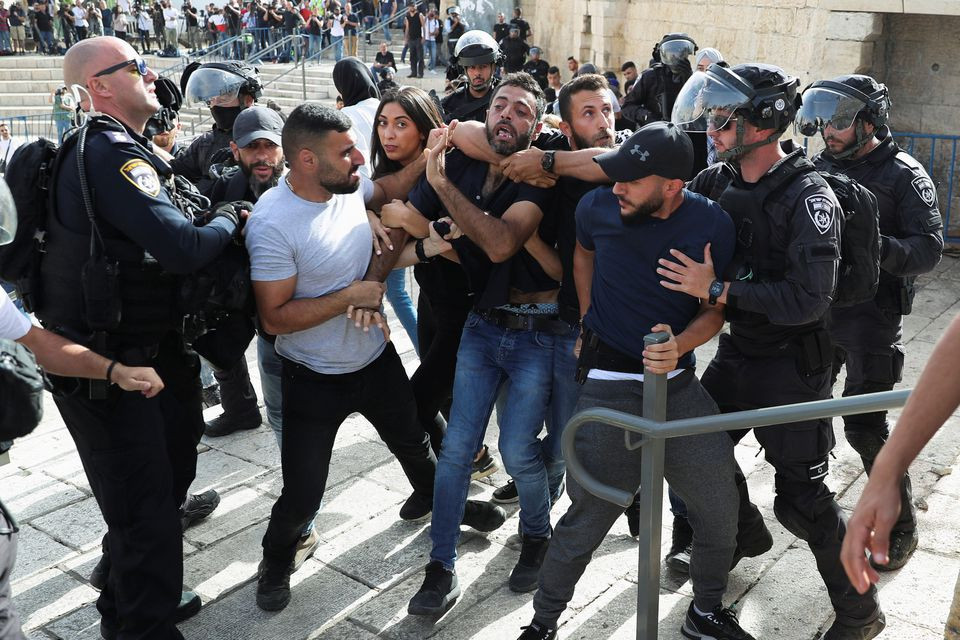 Along the fortified Gaza-Israeli border, a Palestinian anti-tank missile fired from the tiny coastal territory struck a civilian vehicle, injuring one Israeli, the military said. 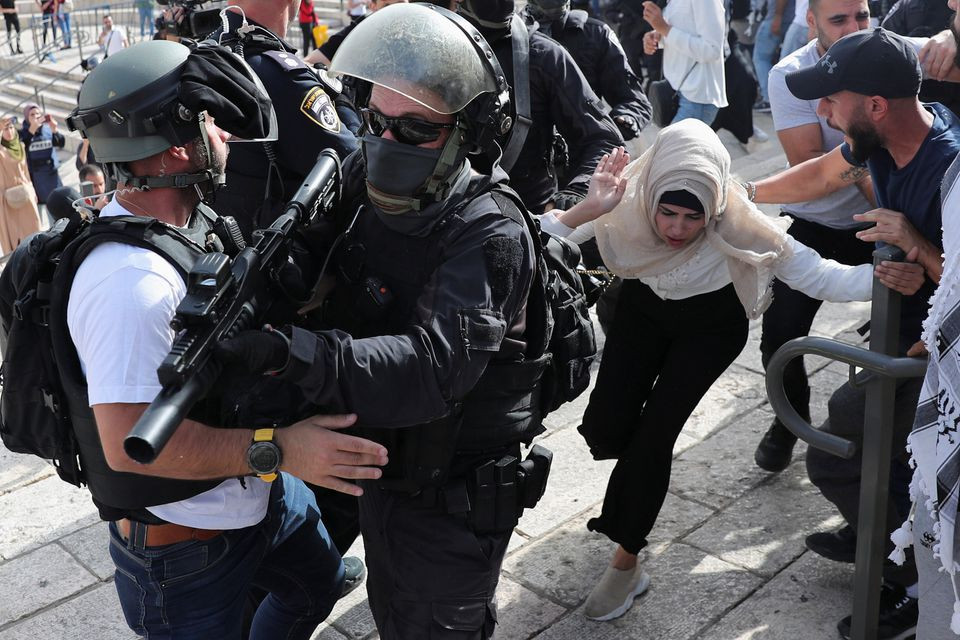 "This is a message the enemy should understand well," said Abu Ubaida, a spokesman for Hamas's armed wing.

As Israel celebrated "Jerusalem Day" earlier on Monday, marking its capture of eastern sections of the holy city in the 1967 Arab-Israeli war, violence erupted at the al Aqsa mosque, Islam's third most sacred site. 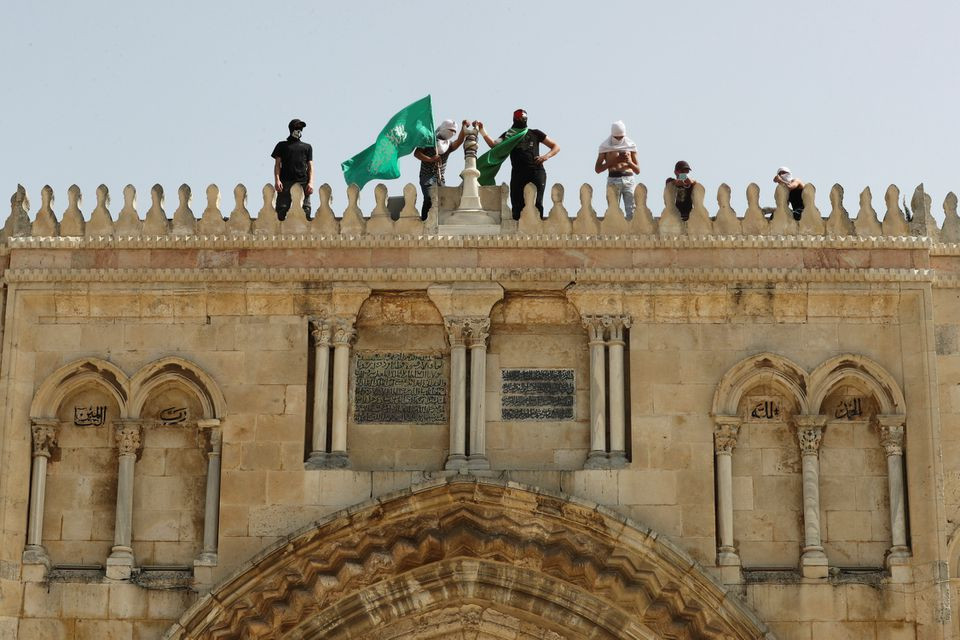 The Palestinian Red Crescent Society said more than 300 Palestinians were injured in clashes with police who fired rubber bullets, stun grenades and tear gas in the compound, which is also revered by Jews at the site of biblical temples.

The skirmishes, in which police said 21 officers were also hurt, at al Aqsa had died down by the time Hamas issued the 6pm (1500 GMT) ultimatum. 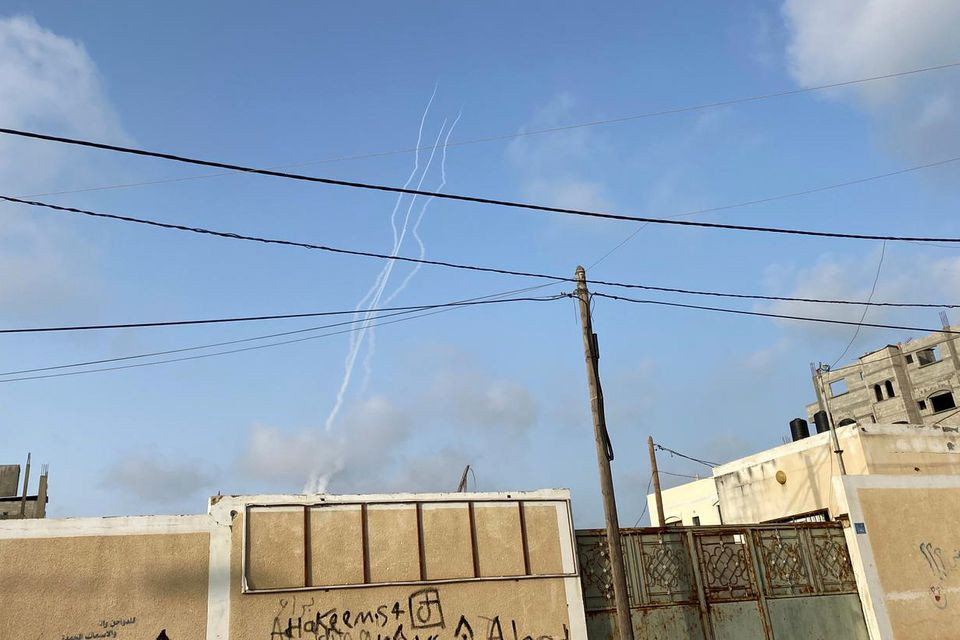 The hostilities caught Israeli Prime Minister Benjamin Netanyahu at an awkward time, as opponents negotiate the formation of a governing coalition to unseat him after an inconclusive March 23 election.

For Hamas, some commentators said, its challenge to Israel was a sign to Palestinians, whose own elections have been postponed by President Mahmoud Abbas, that it was now calling the shots in holding Israel accountable for events in Jerusalem.

Recent clashes in Jerusalem have raised international concern about wider conflict, and the White House called on Israel to ensure calm during "Jerusalem Day".

The Sheikh Jarrah neighbourhood in East Jerusalem has also been a focal point of Palestinian protests during the Muslim holy month of Ramazan.

In an effort to defuse tensions, police changed the route of a traditional Jerusalem Day march, in which thousands of Israeli flag-waving Jewish youth walk through the Old City. They entered through Jaffa Gate, bypassing the Damascus Gate outside the Muslim quarter, which has been a flashpoint in recent weeks.

Police rushed the marchers to cover at Jaffa Gate after the sirens went off.

Israel views all of Jerusalem as its capital, including the eastern part that it annexed after the 1967 war in a move that has not won international recognition. Palestinians want East Jerusalem to be the capital of a state they seek in Gaza and the Israeli-occupied West Bank.

Pakistan's water bearers quench thirst in Ramazan, but fear for their trade

‘Why did you allow these crooks to rule Pakistan’, Imran asks institutions