Putin reviews Russian military might as tensions with West soar

Russian service members and cadets march during a military parade on Victory Day, which marks the 76th anniversary of the victory over Nazi Germany in World War Two, in Red Square in central Moscow, Russia May 9, 2021. PHOTOS: REUTERS

The parade on Moscow's Red Square commemorating the 76th anniversary of the Soviet Union's victory over Nazi Germany in World War Two featured over 12,000 troops and more than 190 pieces of military hardware, including intercontinental ballistic missile launchers, and a fly-past by nearly 80 military aircraft under cloudy skies. 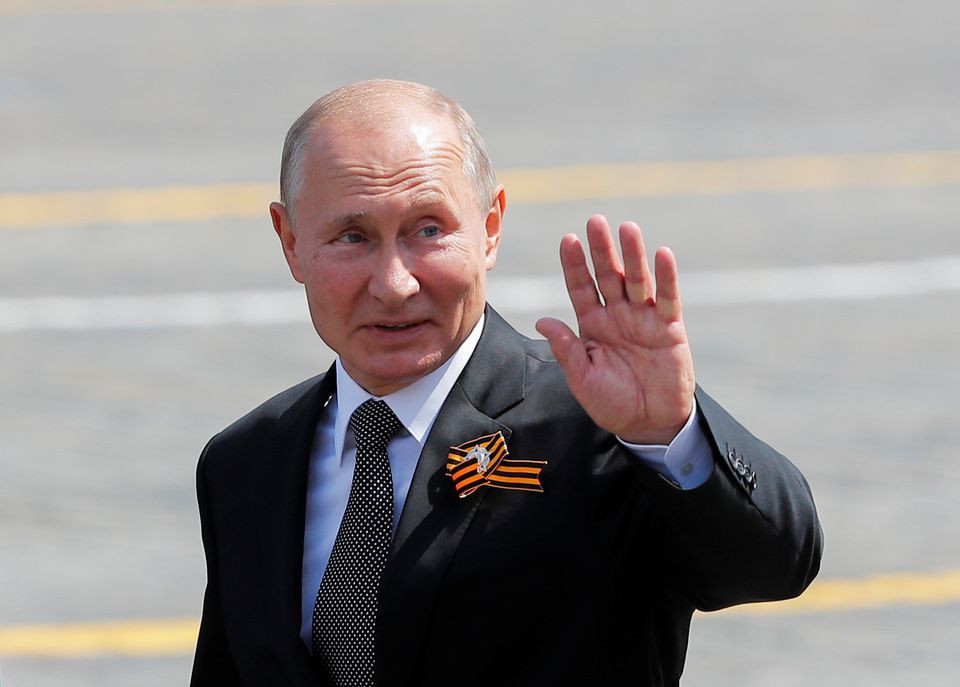 Putin, who has been in power as either president or prime minister since 1999, stood beside Soviet war veterans on a review platform set up on Red Square.

"Unfortunately there are once again attempts to deploy many things from the ideology of the Nazis, those who were obsessed with a delusional theory on their exclusiveness. And not only (by) all sorts of radicals and international terrorist groups," Putin said in what appeared to be a common denunciation of the West but what the Kremlin said was aimed at the rise of neo-Nazism in Europe. 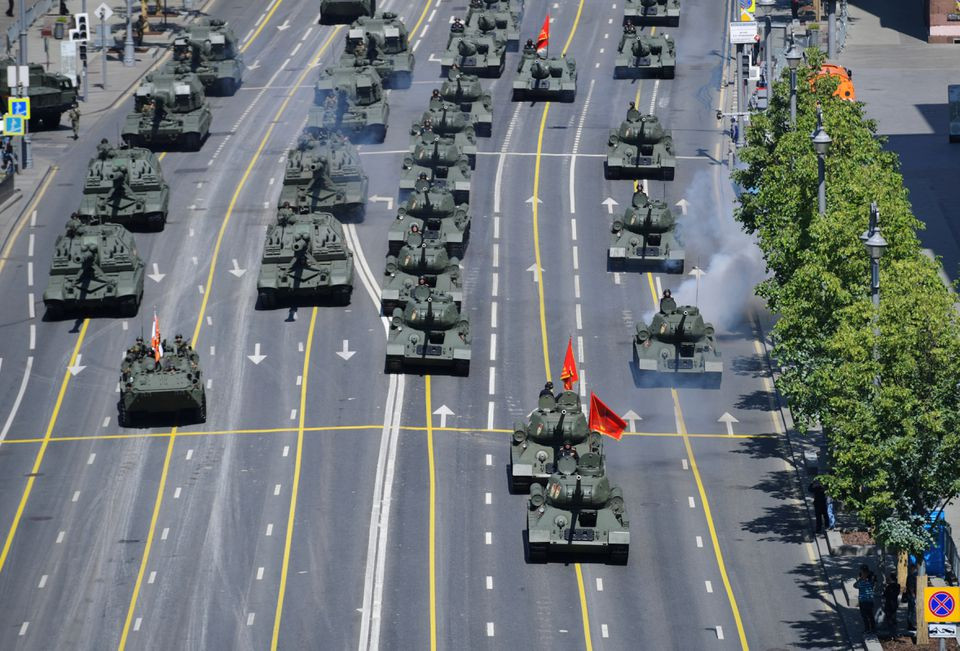 "Russia will again and again uphold international law, but at the same time we will firmly protect national interests (and) ensure the security of our people."

This year's parade precedes parliamentary elections in September and comes at a time when Moscow's relations with the West are acutely strained over issues ranging from the conflict in Ukraine to the fate of jailed Kremlin critic Alexei Navalny. 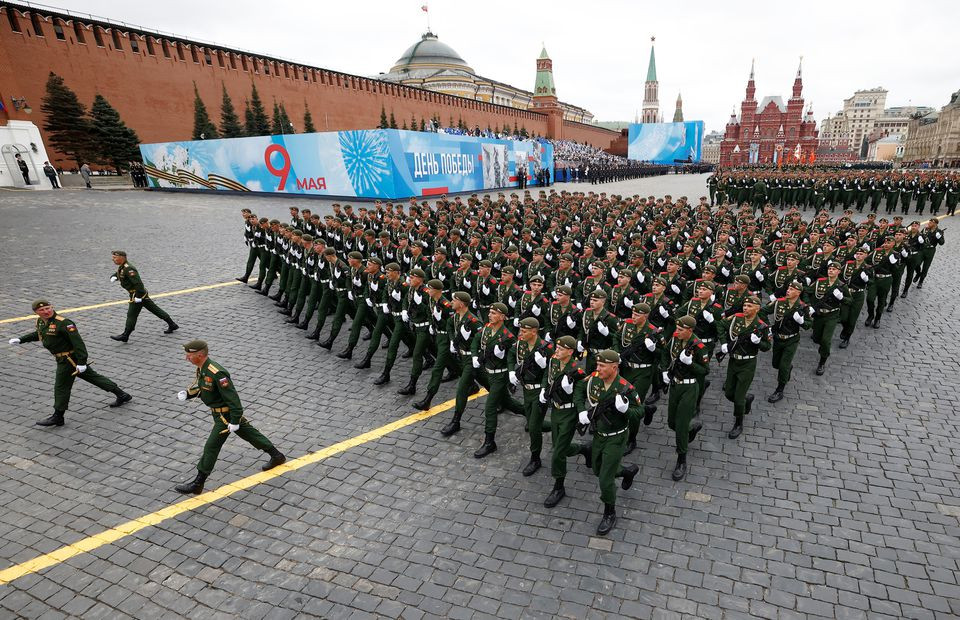 The United States and Russia have expelled each other's diplomats in recent months in a series of retaliatory moves and Moscow and EU member states have been involved in a similar tit-for-tat diplomatic dispute.

Sunday's parade follows a massive show of Russian military force near the borders of Ukraine and in Crimea, which Russia annexed from Kyiv in 2014, and an uptick in fighting in eastern Ukraine between Russian-backed separatists and Ukrainian government forces. 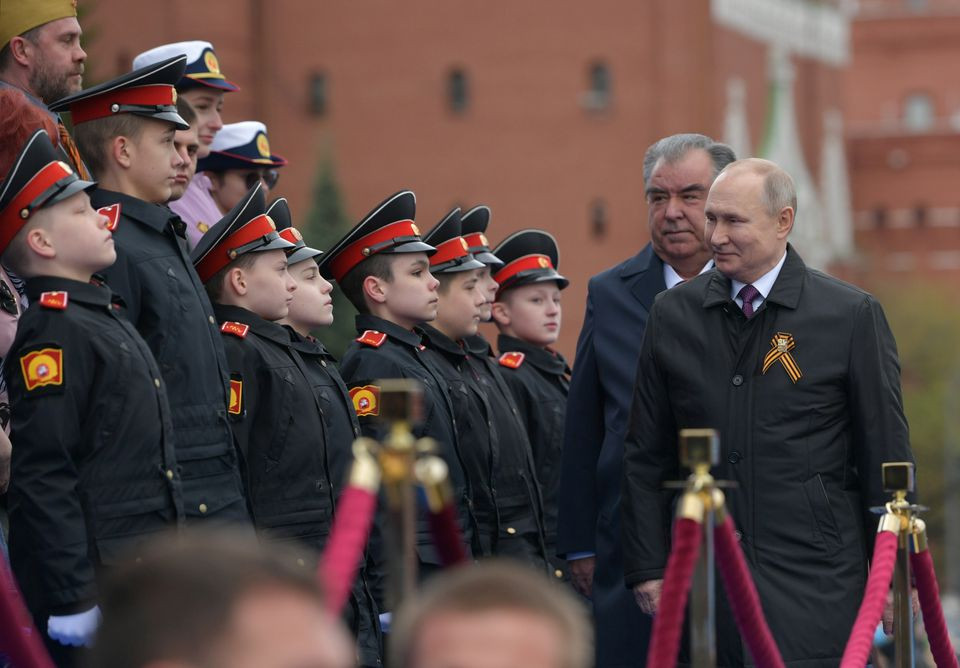 Moscow said the build-up, which alarmed the West, was a training exercise in response to activity by the NATO military alliance and Ukraine. It has since ordered a withdrawal of some troops.

Smaller military parades took place on Sunday in cities across Russia and in annexed Crimea, and at Russia's Hmeymim air base in Syria. 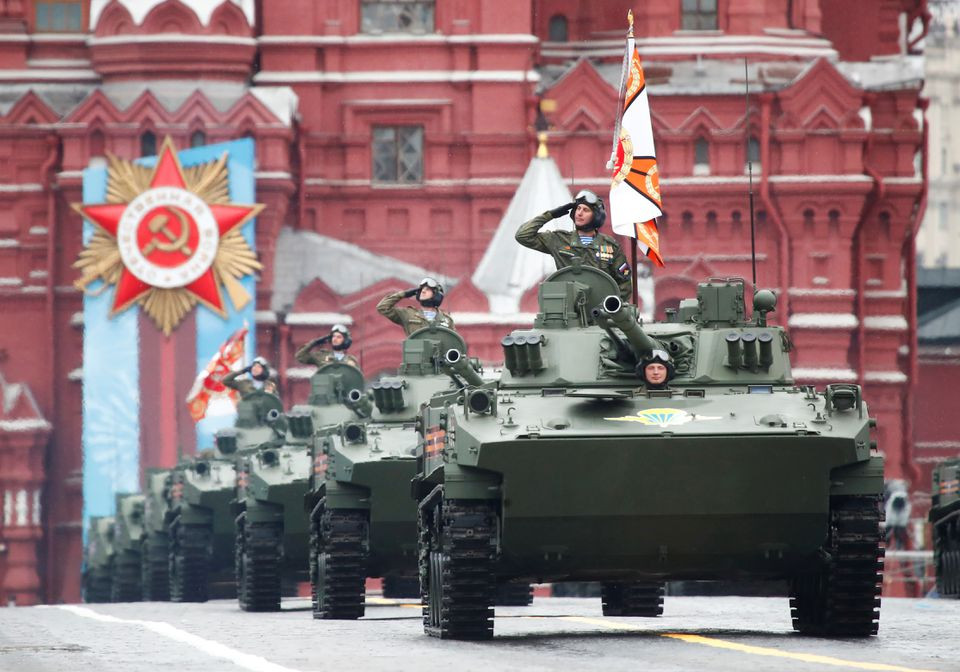