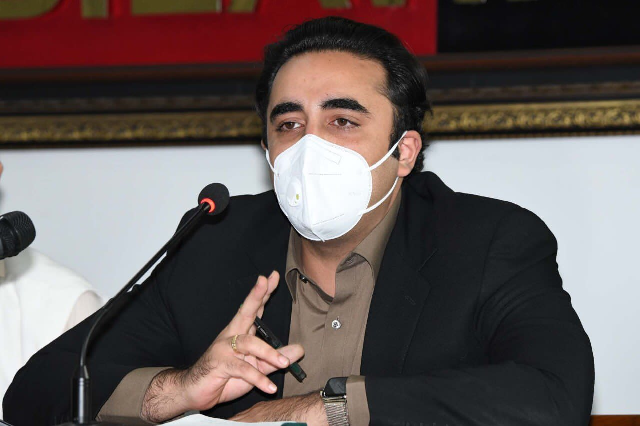 Pakistan Peoples Party (PPP) Chairman Bilawal Bhutto Zardari said on Monday that electoral reforms were necessary to stop rigging but their main target should be keeping the establishment away from interfering in the electoral process.

Addressing a press conference at the Bilawal House Media Cell in Karachi, the PPP chairman criticised the Pakistan Muslim League-Nawaz (PML-N) for seeking military’s involvement in election process after losing the by-election in the Karachi’s NA-249 constituency.

The PPP, he said, was a big supporter of the election reforms, adding that the party had already made suggestions in this regard in 2018. “The ECP [Election Commission of Pakistan] should play its role in the [electoral] reforms process,” he stressed.

Commenting the government’s offer for joining hands on the reforms process, the PPP chairman said that no one takes the government’s position seriously. “Preventing rigging is a major issue, [but] those who rigged the elections can do nothing to stop it [rigging],” he added.

He criticised the PML-N for seeking military’s involvement in securing election material of the NA-249 by-election. “The PML-N’s demand is non-serious. The PML-N is seeking military intervention in the election process after losing just one seat,” Bilawal said.

The PML-N as well as the Pakistan Tehreek-e-Insaf (PTI) both have cried foul and rejected the results of the April 29 by-election, in which PPP candidate Qadir Mandokhel was declared winner after getting 16,156 votes.

Later, PML-N candidate Miftah Ismail moved the Election Commission of Pakistan (ECP) for the vote recount and the ECP accepted the request. Ismail has also requested the ECP to secure the election material under the supervision of the Rangers or the army till final decision on his vote challenge.

“The PML-N leadership should reconsider its stance. We are not with them [PML-N] on this demand. If the PML-N has any evidence of rigging in NA-249, they should bring it to the fore,” he said, adding that the troop deployment of the troops during the 2018 elections made the election controversial.

Responding to a question, Bilawal said that masses are suffering because of rising inflation. He said the inflation in Ramazan is because of the government’s deal with the International Monetary Fund. “When this government will be over, we will lay the foundation of a people-friendly economy,” he said.

On this occasion, the labour leaders appreciated the issuance of Benazir Labour Card by the Sindh government. Bilawal later told the press conference that Benazir Bhutto Labour Card is another revolutionary step of the PPP after the Benazir Income Support Programme (BISP).

“Prosperity of the country is not possible unless the workers prosper. We want this facility to be given to workers all over Sindh,” Bilawal said. “This is the first major step in Pakistan. We will move towards the concept of universal social security.”

The PPP chairman said that the government-IMF agreement has affected the industrial growth in the country. “As a result, our workers are deprived of their rights,” he said. he demanded of the federal government to stop the Federal Board of Revenue (FBR) from receiving the Workers Welfare Fund and transfer the money collected so far to the Sindh government. 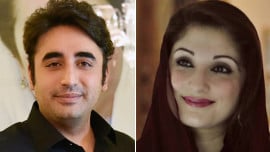 The problem is not the election itself or its system in that people not resident in that area being allowed to take part and stand for Election . Once Elected specially in Karachi the electorate never see s them nor do they go anything for that area . What the point of a democracy where one is electing a person who doesn t serve the electorate A person standing for Election must have been aResident of that Area of a minimum of 3 years to qualify to stand in that area . The present system creates Rulers not Democrats .