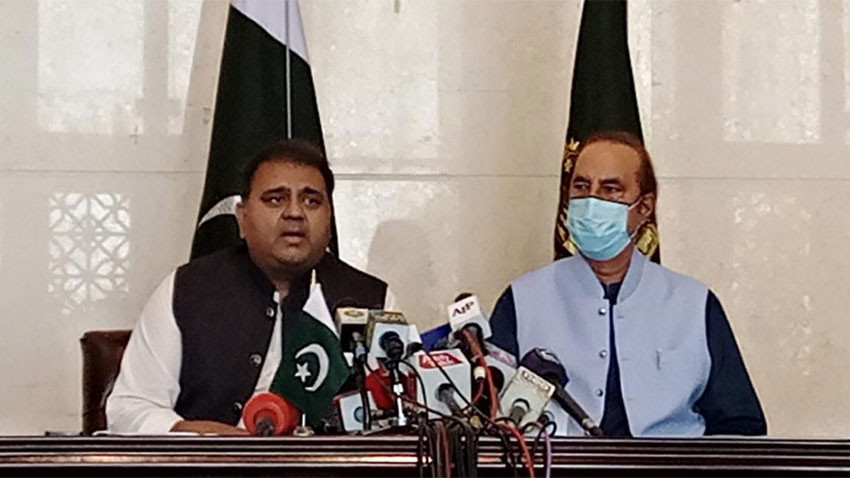 The federal government on Monday unveiled a series of amendments to the Constitution, laws and the Election Act 2017 as part of its electoral reform agenda in order to ensure free, fair and transparent elections in the future and end the controversy and allegations of rigging forever.

At a joint press conference with Prime Minister’s Adviser on Parliamentary Affairs Babar Awan, Information Minister Fawad Chaudhry once again invited the opposition for talks, saying that legislating reform was the responsibility of parliament and not the Election Commission of Pakistan (ECP).

“The PTI [Pakistan Tehreek-e-Insaf] wants to introduce new technology and electronic voting machines [EVMs] which can give results in half an hour. This would help increase the trust of the people, political parties and intelligentsia in the electoral process,” Chaudhry told reporters.

On the occasion, Awan told reporters that on the directions of Prime Minister Imran Khan, 49 changes were being made in the Election Act, 2017 by introducing or abrogating sections and making amendments to the existing sections.

Moreover, the parliamentary affairs adviser said, two constitutional amendments would be introduced in the parliament, aimed at conducting Senate elections through identifiable voting and allowing the overseas Pakistanis to contest elections in the country.

He added that civil society organisations, such as All Pakistan Newspapers Society, Council of Pakistan Newspaper Editors, bar councils, bar associations, press clubs and other relevant stakeholders would be taken on board on the electoral reforms and talks would be held with them.

At the presser, he highlighted a few sections of the Election Act, 2017 proposed for the amendments. These included Section 103, which would be amended to ensue use of the EVMs. The relevant section would also be amended for right to vote to the overseas Pakistanis.

The Section 202 about enlistment of political parties would also be amended, requiring of a political party to submit a list of at least 10,000 members with their signatures or thumb impressions along with copies of their computerised national identity cards (CNICs) and enlistment fee.

A new Section 213-A would be added to the Election Act, 2017, making it compulsory for the registered political parties to hold their annual conventions. Also, Section 15 – complaints against polling staff – would be amended to enable candidates to challenge the appointment of polling staff within 15 days.

Moreover, Awan said, future delimitations would be held on the basis of number of registered voters rather than population, while electoral rolls will be prepared on the basis of computerised national identity cards (CNICs) data of the National Database and Registration Authority (NADRA).

According to another proposed amendment, Awan said an elected member of the national or the provincial legislature would have to take oath within 60 days after election, otherwise, the seat would be declared as vacant. He said that more financial autonomy has been suggested for the ECP.

“The objective at this time is to ensure transparency in the elections. The objective of electoral reforms at present is to ensure that elections will be conducted in a fair manner and strengthen the institutions,” Awan told reporters. “This will be the first big reform in Pakistan’s history.”

Speaking on the occasion, Information Minister Fawad Chaudhry said that the government wanted to introduce modern technology in the electoral process to end the controversy of rigging forever, adding that the use of the EVMs was a means to achieve this target.

He recalled that Prime Minister Imran Khan was the first captain in the international cricket who called for the introduction of neutral umpires in the game. Similarly, he added, the government wants to introduce fairness in the electoral process.

In 2018, he added that the opposition Pakistan Muslim League-Nawaz (PML-N) claimed that Results Transmission System (RTS) failed but when they were asked to bring details of RTS failure and non-submission of Form 45 in the relevant committee, they failed to do so.

He said that after 2018 elections 25 petitions regarding rigging were filed in Punjab, out of which 13 were filed by the PTI candidates and 11 by the PML-N. In the recent Karachi by-election, Chaudhry said, the PML-N has accused the PPP of rigging.

He said the PTI tried its best for open ballot in the Senate election in March, which is part of the Charter of Democracy signed between PML-N and the PPP. In 2015, the PML-N was also in favour of open ballot in Senate elections but when Imran Khan suggested this, they took a 180-degree turn, he added.

“There was controversy on both the election of Yousuf Raza Gilani as senator and later his defeat in Senate chairman election. “If the political parties continue fighting over the election results, the country will not be able to make progress,” he said.

“Imran Khan desires that the political parties should sit together for finalisation of electoral reforms. The PTI wants to introduce new technology and electronic voting machines. This will help increase trust of the people, political parties and intelligentsia in the electoral process,” he added.

Prime Minister Imran Khan wrote a letter to the National Assembly speaker for electoral reforms … after which the speaker wrote a letter to all the political parties, in response to which the PPP sent Naveed Qamar as focal person but the PML-N did not respond, Chaudhry said.

Responding to the PML-N’s statement that the ECP should decide about the electoral reforms, Chaudhry said that this stance was tantamount to undermining the authority of parliament. “Respect to the vote cannot be restored until parliament is respected,” he said referring to the PML-N’s slogan.

He added that PML-N top leaders including Shahbaz Sharif, Shahid Khaqan Abbasi and Ahsan Iqbal, had not seen the EVMs but rejected their use. He pleaded that the scientists, who prepared the EVMs are assets of the nation and they should be encouraged for their invention.

In response to a question, Chaudhry said that the EVMs cannot be connected to the internet, therefore, there was no question of those being hacked. “These [machines] are box-like and a step ahead of paper,” he added.

The information minister said that it was a fact that the PML-N had always came to power through conspiracies but now time has come to rise above personal interests and think about the future of the country.

Responding to another question, Babar Awan said that parliament does not belong to one party but to all. He added that there are election commission offices in Azad Kashmir, Gilgit-Baltistan and all the provinces.

EVMs only answer to reclaim credibility of elections: PM Imran 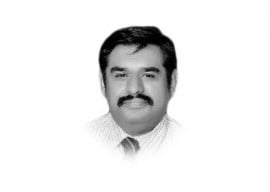 Need to do away with by-elections

The last straw – the Senate elections