In review plea against ban, TLP accuses govt of ‘deceit 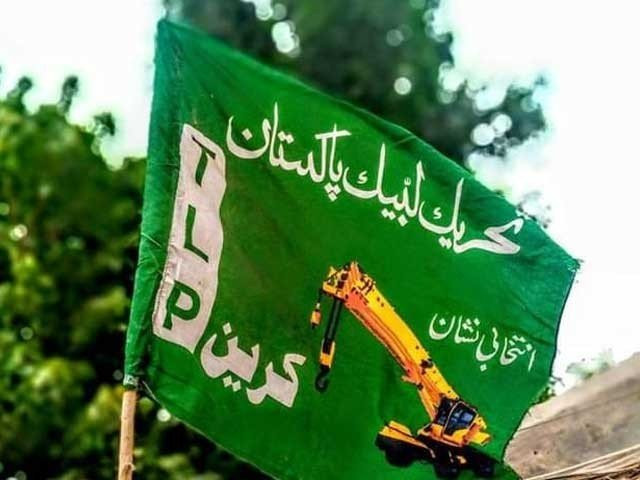 Days after being declared a banned outfit, the Tehreek-e-Labbaik Pakistan (TLP) on Sunday denied the charges levelled against it and accused the PTI-led government of “deceit” while dealing with it throughout the negotiations between the two sides.

The allegations have emerged on the heels of a resolution passed by the European Parliament seeking a review of the GSP Plus status granted to Pakistan.

The resolution expressed concerns over the increasing blasphemy accusations in Pakistan, the countrywide violent protests last month and the tabling of a TLP-dictated resolution by an MNA of the ruling PTI in the National Assembly that sought a debate on the expulsion of French ambassador over the publication of blasphemous caricatures in his country.

“The government while dealing with the party [TLP] throughout acted with deceit, deception and chicanery,” Iftikhar Ahmed Malik and Ihsan Ali Arif, the lawyers representing the hardline group, stated in a review application.

The plea was filed with the interior secretary against the ban imposed on the TLP by the federal cabinet under the Anti-Terrorism Act, 1997 for countrywide rioting.

Apparently taking advantage of the frequent practice of quashing cases against TLP leaders leading to zero convictions since the group's 2017 protests, the lawyers argued that the grounds mentioned in the notification for listing their client among banned outfits were “quite vague and unfounded beyond the ground realities and against the norms of natural justice”.

“There is no denying the fact that neither TLP nor anyone of its office-bearer has ever been involved in any terrorism activity, as evident from the June 2019 report of the interior ministry to the Election Commission of Pakistan,” the application read. “It is enough to make the notification not sustainable in the eyes of law,” it added.

“Any party leader or worker of the party has never been convicted for causing grievous bodily harm, hurt or death to the personnel of law enforcement agencies in the past nor ever attacked on civilians and officials in any manner whatsoever.”

The lawyers contended that the TLP was the fourth largest party of the country and the third largest in Punjab duly registered with the Election Commission of Pakistan since May 2017.

“The party has a right to assemble peacefully on the issues of Namoos-e-Risalat, its charter, Islam, Ummah and ideology of Pakistan,” the review plea read.

Contrary to what the nation has witnessed so far, the lawyers maintained that the TLP was a “peaceful, lawful and law-abiding political body which believes in political ethics and legal activities to achieve its goal and never involved in creating anarchy in the country through any kind of intimidation”.

They added that the TLP was “loyal to the country and its ideology”.

The TLP lawyers have also taken religious cover in its defence, saying the group represented the majority population of the country called “Ahle Sunnat Berelvi” which, historically, has never been involved in creating any hurdles, threatening, abusing, vandalising and ransacking any private or public property, nor ever blocked ambulances and health supplies.

Therefore, they added, the question of creating sense of fear and insecurity in the society did not arise.

“In fact, the public at large supports the ideology of the party.”

Calling the government notification a result of miscarriage of justice based on surmise and conjectures, the lawyers maintained that the material that the government relied upon was “vague and void having no legal sanctity”.

“In fact, the government treated the party in an undemocratic and inhuman way,” they wrote in the application.

In addition, the lawyers have provided the interior ministry with a 64 GB USB containing the “true material in which the officials of law enforcement agencies [can be seen] assaulting and killing innocent people illegally and unlawfully”.

They said the government had committed material irregularities, failed to perceive the true perspectives of law and facts and issued the notification without the applicability of the judicial mind.

Technically, the lawyers stated, there was no cavil to the proposition that falling in the category envisaged in the Section 11A (Organisations concerned in terrorism) of the ATA was a “condition precedent for invoking the provisions of Section 11B (Proscription of organisations)”.

“In the absence of the terms of Section 11A, the party could not be declared to be involved in activities prejudicial to ideology, interest, security, unity, solidarity, peace and integrity of Pakistan.”

The TLP has prayed that the notification of April 15 be reviewed and withdrawn immediately being “malevolent and susceptible to cause prejudice to the rights and liberty guaranteed by the Constitution to save the law and fair play”.

“Pakistan is going through a very critical and sensitive situation. It is our duty to save and secure Pakistan for the bright future of the Ummah,” it read.