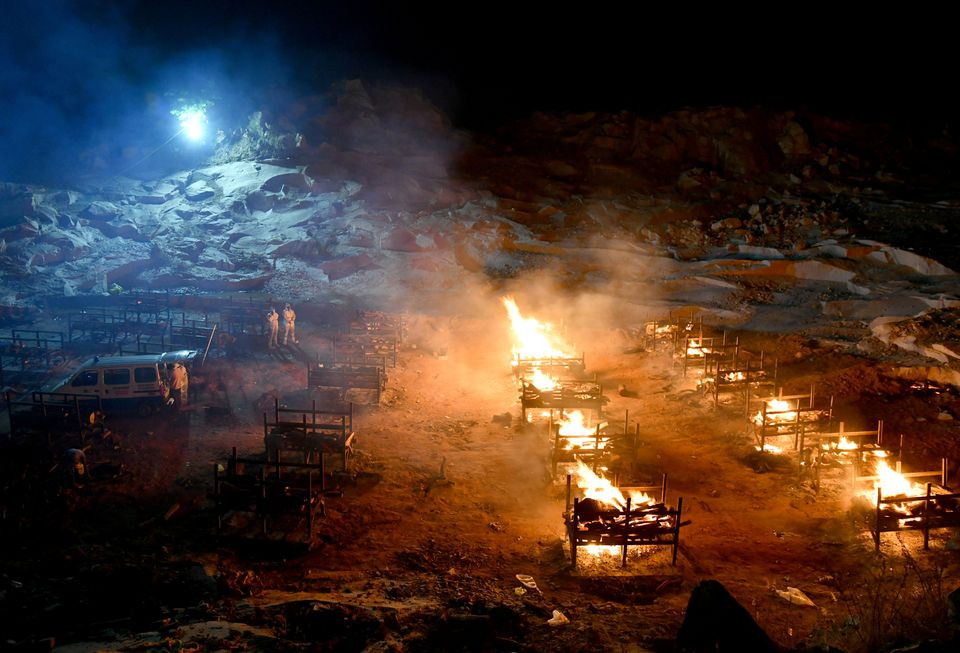 Volunteers stand next to burning pyres of persons who died due to the coronavirus disease (Covid-19), at a crematorium ground in Giddenahalli village on the outskirts of Bengaluru, India, May 2, 2021. PHOTO: REUTERS

A leading Indian industry body urged authorities to take the “strongest national steps” and to curtail economic activity to save lives on Sunday as the country battles surging coronavirus cases that have overwhelmed the healthcare system.

He was speaking on behalf of the Confederation of Indian Industry (CII), where he is the president.

"At this critical juncture when toll of lives is rising, CII urges the strongest national steps including curtailing economic activity to reduce suffering,” Kotak said in a statement.

Hospitals have filled to capacity, medical oxygen supplies have run short and morgues and crematoriums have been swamped as the country deals with the surge in cases: more than 300,000 daily cases for more than 10 days straight.

Concerned about the economic impact of shutting down the economy, Prime Minister Narendra Modi's government is reluctant to impose a national lockdown. At least 11 states and union territories have imposed some form of restrictions.

The Indian Express newspaper reported on Sunday that the country's Covid-19 taskforce has advised the federal government to impose a national lockdown.

Other states, including Uttar Pradesh, Telangana, Assam, Andhra Pradesh and Rajasthan have either imposed night curfews or weekend lockdowns.

Modi said last month all efforts should be made be avoid a lockdown. He imposed strict curbs on movement and social and economic activity last year in the early months of the pandemic and economic output fell a record 24% in April-June 2020 compared with the same period a year earlier.

The current devastating second wave has also led to a shortfall in medical staff. Kotak also said healthcare workers may not be able to tackle the influx of patients, given the escalating caseloads, and they need reinforcing.

International aid has been pouring in.

Modi's government has been criticised for not taking steps earlier to curb the spread and for letting millions of largely unmasked people attend religious festivals and crowded political rallies in five states during March and April.

Reuters reported on Saturday that a forum of scientific advisers set up by the government warned Indian officials in early March of a new and more contagious variant of the coronavirus taking hold in the country. 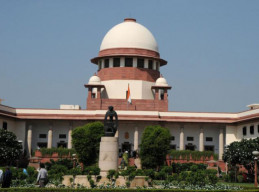 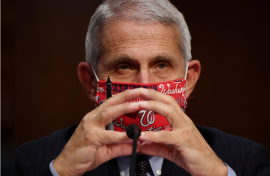