The musician is currently busy shooting for a drama serial in Islamabad, which is expected to go on-air in August 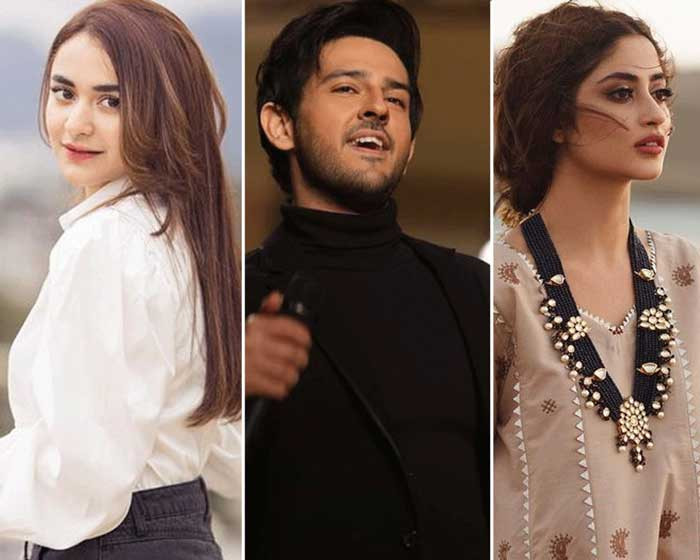 Composer Azaan Sami Khan is all set to make his acting debut in an upcoming drama serial. The singer, son of popular crooner Adnan Sami and Pakistani veteran Zeba Bakhtiar will be sharing screen space with none other than Sajal Aly and Yumna Zaidi, a source confirmed to The Express Tribune.

The insider further revealed that the musician is currently busy shooting for the same project in Islamabad, which is expected to on-air in August. In February, Khan announced the release of his debut solo album, Mein Tera.

The music composer, who rarely takes to social media, unveiled the album cover on his Instagram, along with an exciting tracklist. Titled Main Tera, the album is Khan’s way of branching into something far more intimate than just producing music for chart-topping films of recent times.

The album adds another feather to Khan’s already fluffy cap, embellished by his work in films like Parey Hut Love, Superstar, and Parwaaz Hai Junoon. The release date of the album is yet to be announced, but we’re keeping our eyes peeled for what the single has in store for us.

Earlier, with years of musical history and influences to condense, Khan had shared that he aims to provide the best possible experience to his fans. “For me, the fans and the listeners are the most important. So far, they have given me so much love for my compositions in films, so it is equally important for them to know that I haven’t compromised anything when it came to sharing my own album with them. The idea is to give them the absolute best experience that I can,” he said.