Nabeel Qureshi has recently revealed some insights about an upcoming project called Khel Khel Mein, featuring Bilal Abbas Khan and Sajal Aly. In an Instagram Q and A session, the filmmaker had mentioned how this new project will be a historical drama; something different than what Qureshi is commonly known for. 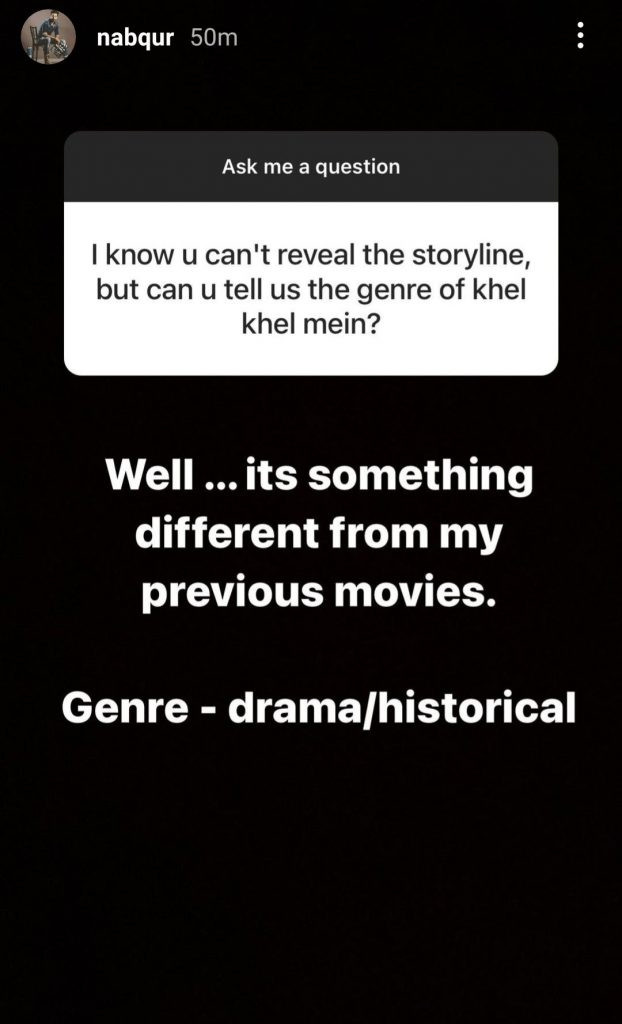 Responding back to a query about what the project is, the director had said, “Something different from my previous movies. The genre will be drama/historical.” Soon after, many other questions started rolling in about chosen cast members and if there are more to be revealed anytime soon. The auteur mentioned how he had an amazing experience working with Khan and how Aly was his first pick for the historical film.

With only two cast members revealed, other information regarding the much-anticipated project are being kept tightly under wraps. Previously, the Dunk and Yeh Dil Mera actors had expressed their gratitude and excitement over the film while announcing the big news on social media. “Bismillah,” wrote Aly, while sharing a sneak peak of the script. On the other hand, Khan penned, “Working with the finest producer/director duo in the country for the first time. Iss baar milte hain theatre mein (We shall meet in theatres this time).”

The fan-favourite couple of Khan and Aly has previously graced the silver screen together in O’Rangreza and their chemistry on-screen has had left many fans wanting more.

Assalmulikum thats not good news ... bilal abbas deserve heighted and smart actress opposite to hime like mawra sana javed.. azeeka not sajal... yes they both make the serial but thats not mean that they both were also hit on big screen...