No saving the planet without booming India 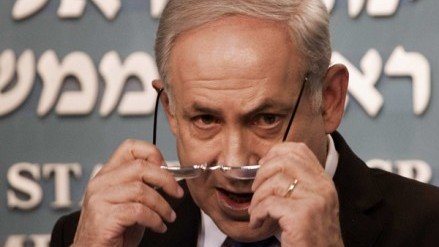 Israeli Prime Minister Benjamin Netanyahu lost an important vote on Monday over who gets to join a powerful committee in parliament, dealing him a setback as he tries to form a new government following an inconclusive election.

Netanyahu has about two more weeks to try and bring together a ruling coalition. Defeat in the vote indicated the veteran leader still has some way to go to secure a majority in the 120-seat Knesset.

The vote was to decide who will join the Arrangements Committee, which, in the absence of a new government, controls the legislative agenda.

After a motion floated by Netanyahu's right-wing Likud was rejected in a close vote, his centrist rival, Yair Lapid, managed to pass his own proposal giving stronger representation to the anti-Netanyahu bloc.

One small Islamist party that has expressed openness to working with Netanyahu, making it a potential kingmaker, voted with Lapid.

President Reuven Rivlin on April 6 asked Netanyahu to form a government, and gave him 28 days to do so. If unsuccessful, Netanyahu can ask Rivlin for a two-week extension, before the president taps another candidate or asks parliament to nominate one.