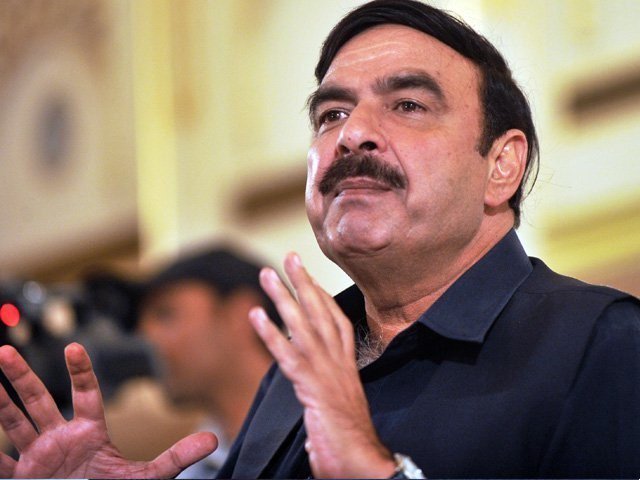 The country’s top security czar has said the government is not engaged in any talks with the outlawed Tehreek-e-Labbaik Pakistan (TLP), which will be disbanded by April 20.

“The banned TLP will be disbanded by April 20. The law minister and the attorney general are working on the reference that will request the Supreme Court to dissolve the party,” Minister for Interior Sheikh Rashid said on Sunday.

“The banned party is not ready to back down from its agenda and no talks are currently being held with its leadership,” the minister added.  “We held talks with them for two-three months but they were adamant on their demands; the government had no other option to maintain its writ.”

The federal cabinet on April 15 approved a summary to ban the TLP under the country’s anti-terrorism law after thousands of its workers and supporters went on a rampage over the arrest of the party chief Saad Hussain Rizvi.

After imposing the ban, the government also decided to file a reference in the Supreme Court of Pakistan for the dissolution of the religious party that came to prominence after its 2017 sit-in in Islamabad during the PML-N’s government.

The interior minister lauded Prime Minister Imran Khan’s Saturday statement in which he asked the West to criminalize Islamophobia while demanding an apology for hurting the sentiments of 1.3 billion Muslims across the world through publication of blasphemous caricatures.

“Blasphemy is not acceptable to us at any cost but in the prevailing situation of the country and for surviving in this world we [the government] had to take some steps for which we were at first not mentally ready,” Rashid said in response to a question.

Separately, in a media talk, the interior minister said that TLP had blocked 192 places in the country, out of which 191 places were cleared. At present, he said, only Lahore Yateem Khana Chowk is closed and the situation is still “tense” there.

Talking with reference to the attack on a police station in Lahore by the TLP activists, Minister for Information Fawad Chaudhry the government believes in negotiations but will not be blackmailed.

Referring to the law enforcement agencies’ operation, the information minister said the operation was conducted after the police and the Rangers personnel were abducted in Lahore.

“Prime Minister Imran Khan has the greatest love and respect for the Holy Prophet (PBUH) and he has spoken at every forum against the blasphemous caricatures and deliberate abuse and hate speech by the extremists in the West,” he added.

In October 2020, the TLP demanded expulsion of French ambassador after blasphemous sketches of the Holy Prophet (PBUH) were displayed on public buildings in France. The party set an April 20 deadline for the government to present a resolution in the assembly.

The interior minister while referring to the planned protest of outlawed TLP on April 20 over the alleged non-fulfillment of their demands and arrest of their leader hoped that situation will remain under control in the twin cities and there will be no road blockage.

“When an organization is declared banned, the accounts of its office bearers’ are seized; their CNICs are blocked; and restrictions are imposed on their movement. The government gives a notice within three-day after banning an organization, to which the organization has to reply within a month,” he said.