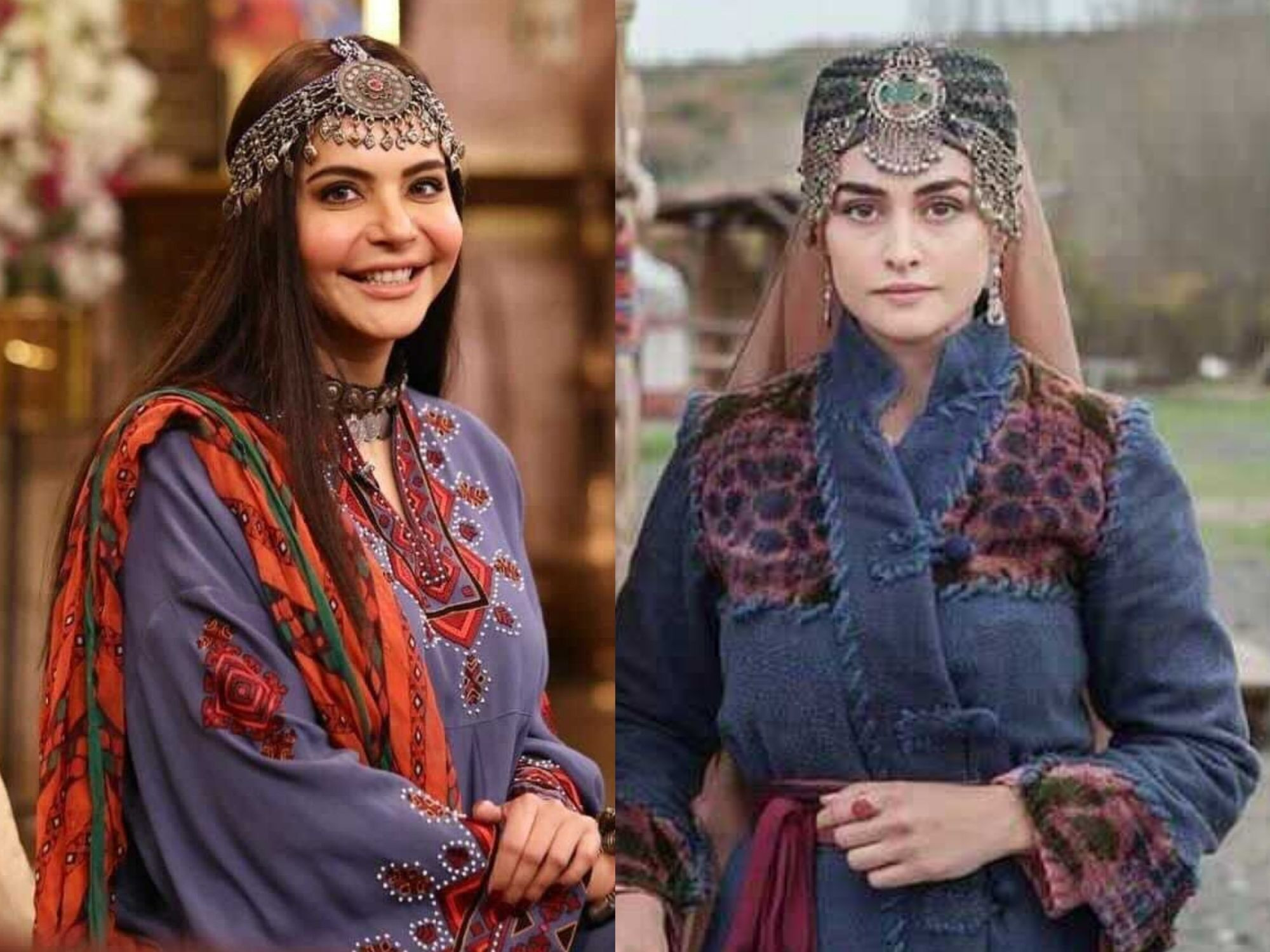 Over the last year or so, already-popular Turkish historical series Diriliş: Ertuğrul made its way to Pakistan and gained even more popular. Some of its fans include big names from our very own showbiz industry, be it Hira Mani, Sania Mirza or the latest addition, Nida Yasir.

The talk show host seems to have taken the Ottoman obsession a little further by dressing up like one of Diriliş: Ertuğrul’s lead characters Halime Sultan recently. Yasir was seen wearing similar blue-toned traditional attire with the trademark headgear that indicated the Nadaaniyaan actor’s love for the show.

However, the outfit was much different from what we actually see in the chronological series. Yasir wore a flowy blue tribal-printed dress complimented by a rust dupatta that featured boho patterns on the hem.

Previously, Mani had taken the internet by storm when one of her fan pages recreated one of her looks to match that of the Turkish actor Esra Biglic, who plays Sultan on Diriliş: Ertuğrul. Mani was in a traditional blue gown and Turkish headgear. Not only that, the Meray Paas Tum Ho star also shared another fan creation where she could be seen wearing the famous black velour gown worn by Bilgic in the serial. Hira Mani as Halime Sultan takes the internet by storm Team of ‘Diriliş: Ertuğrul’ set to visit Pakistan after Eid