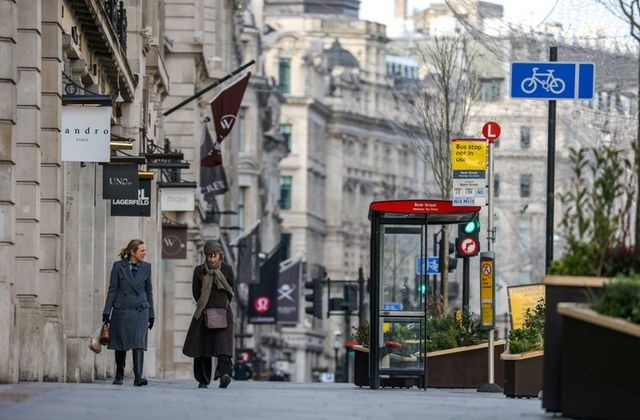 Europe faces more risks to its economic recovery due to Covid-19 variants and delays in vaccination campaigns that threaten to prolong the health crisis, the IMF said on Wednesday.

That could create “social unrest and more medium-term scarring of economies if the crisis lingers,” the International Monetary Fund warned, calling for more government support until the crisis has passed.

“This is not a call for a package that boosts spending indiscriminately and permanently, but for a well-targeted and temporary shot in the arm of both demand and supply,” said Alfred Kammer, Director of the IMF’s European department in a blog about the outlook.

The IMF sees European growth of 4.5% this year, 0.2 point lower than the October forecast, followed by a 3.9% expansion in 2022, according to the latest Regional Economic Outlook.

That would take the economy “back to its pre-pandemic level, but not to the path expected before the pandemic.”

“Reflecting the periodic infection waves and the pace of vaccinations, the economic recovery in Europe is still halting and uneven,” Kammer wrote.

Additional spending of 3% of gross domestic product (GDP) through next year could lift GDP by about 2% by the end of 2022 and cut the impact of scarring by more than half, he said. “The costs would pale in comparison to the benefits,” he added.

The IMF forecasts assume vaccines will be widely available by mid-year, and Kammer said “the number one priority is to boost vaccine production.”

But policymakers “need to continue to provide emergency support to households and firms.” The Washington-based crisis lender credited the “unprecedented lifelines” to workers with helping tens of millions, but said those funds should shift to retraining programmes to help workers find jobs in emerging industries.