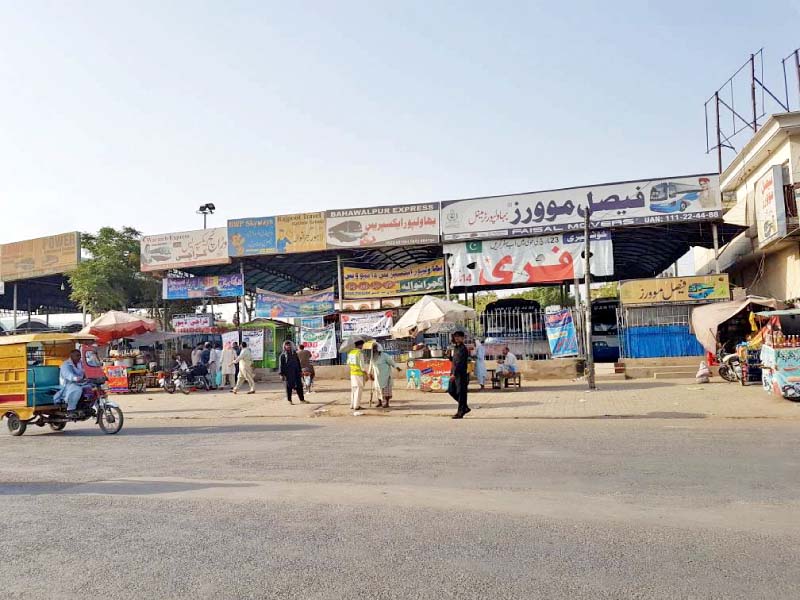 The Hyderabad Police have expressed inability to implement the Sindh High Court's (SHC's) order for preventing and taking action against the recurrence of encroachments on government lands recovered during operations over the last two months.

At the hearing of a case pertaining to encroachments, SSP Abdul Salam Shaikh cited before the Hyderabad circuit on Tuesday the shortage of personnel and their preoccupation with law and order, guard duties and traffic policing.

Last month, the SHC had ordered that the SHO of the relevant police station, besides the local government department's staff, would be booked in FIRs if the recurrence of encroachments occurred.

The SSP contended that the police was not responsible for identifying or removing encroachments until the relevant department approached them for providing security during operations.

He informed the court that there were around 4,000 policemen in Hyderabad and half of them were deployed for the security of state departments, individuals and buildings. More than 250 policemen are performing their duties in the traffic section, which is supposed to be headed by a SP, but the post continues to remain vacant.

He said the Hyderabad Municipal Corporation (HMC) should be asked how many FIRs they had registered against encroachers.

The bench, comprising Justice Zulfiqar Ahmad Khan and Justice Muhammad Saleem Jessar, directed the SSP to submit in writing the problem of the shortage of personnel or resources being faced by the district police.

Besides, the SHC was informed that Hyderabad's last master plan was prepared more than six decades ago in 1958.

Hyderabad deputy commissioner (DC) Fuad Ghaffar Soomro told the court that former nazim Kanwar Naveed Jameel tasked a private consultant with preparing the plan, which was submitted in 2007, but it was not approved by the provincial government.

The court directed the Hyderabad Development Authority's (HDA's) Planning and Development Control wing to prepare the master plan without any further delay.

The SHC also extended the ban on according approvals and construction of high-rise buildings till the next hearing, which will be held after 15 days.

The HDA, HMC and Sindh Building Control Authority can only approve buildings of up to ground plus four stories.

"This court earlier placed embargoes, just like in Sukkur, for some time against high-rise buildings, which helped the local administration tackle the problem of unplanned growth in the city," the court observed.

Moreover, deputy attorney general Muhammad Humayon submitted a report demanding Rs157 million from the Sindh government for the shifting of electric poles from the roads.

"... substantial money has been demanded by Hyderabad Electricity Supply Company (HESCO) for the relocation and removal of working and abandoned poles," the court noted.

However, the bench stated that the said clause of the HESCO's consumer service manual, on the face of it, did not support the company's case for making the Sindh government pay for the relocation. The bench also referred to the DC's assertion that the HESCO did not obtain prior sanction from relevant departments before installing electric poles.

"... if these poles were erected outside the right of way, no relocation was necessary," the court stated.

HESCO officials maintained that 0poles were installed around 40 years ago and that permission would definitely have been obtained then.

The SHC directed them to submit records proving that the approval was sought before the installation. The court also raised the issue of replacement of the old poles and asked the company to submit a report in that regard.

The bench noted that a lack of clarity existed over the issues of approval for installing the poles and paying rent to the provincial government. In order to resolve the issue a committee was formed under Hyderabad commissioner Muhammad Abbass Baloch and instructed it to minimise the cost of relocation of the poles and to determine how the HESCO's dues against unpaid rent to provincial government departments could be adjusted.

Additionally, the court withdrew the arrest warrant, issued on April 8, for HMC former acting municipal commissioner Muhammad Ali Shaikh, after he told the court that he was working on an acting basis. The court was informed that two assistant commissioners of City and Latifabad talukas, who were heading anti-encroachment operations, had been transferred during the SHC-ordered exercise.

Taking notice of such transfers, the SHC directed the Sindh government not to transfer the DC, assistant commissioners and other officials engaged in the campaign without the court's permission.