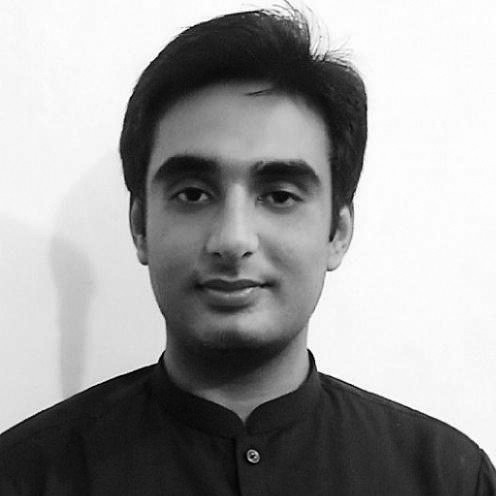 Folk wisdom dictates that if a man does not eat at home, he may never give his wife enough money to cook a good pot of soup. By the same logic, Pakistani politicians seeking medical assistance abroad may never feel a compelling personal need to improve the healthcare system they oversee. In fact, their choice to be treated abroad is an admission of the fact that they do not have confidence in the healthcare system of the country they rule. Given this medical disparity between the rulers and the ruled, one wonders what an economically less fortunate person is supposed to do if he faces a life-threatening disease.

However, their followers’ tendency to support their choice to go to a doctor and a hospital of their choosing anywhere around the globe for any kind of illness is not something normal. Private citizens may owe no explanation when they travel abroad to get the medical care not available within their own country. But, it is a completely different kettle of fish, when it comes to the political elite making foreign medical tours. Being responsible to ensure that specialised treatment is available in a country they rule, they are supposed to sink or swim with the public.

When former British prime minister Tony Blair hired private tutors for his sons, political opposition immediately accused him of displaying an “astonishing lack of confidence in the state education system”. The fact that our leaders, even with their wealth parked in offshore accounts, their children attending foreign universities and their health being taken care of by foreign doctors, are never questioned as to their moral claim to leadership speaks volumes about our stoicism.

Article 25 of the Universal Declaration of Human Rights states, “Everyone has the right to a standard of living adequate for the health and well-being of himself and of his family, including food, clothing, housing, medical care and necessary social services.” This means that everyone, irrespective of his financial status, is entitled to basic as well as specialised healthcare.

While the PTI government, following in the footsteps of many other states, has promised to introduce a universal healthcare programme, many are still forced to fend for themselves. Sameera Bibi’s and Shazia Bibi’s stories made headlines when they reportedly gave birth to their babies on roads (these are but two of the many reported and unreported such incidents) because they were allegedly refused medical assistance by THQ Hospital Raiwind and THQ Hospital Gojra, respectively, while they were in labour.

Covid-19 has exposed the dismal state of our healthcare system even more. As former chief justice Saqib Nisar had directed the then health minister of Punjab to purchase new ventilators without delay back in 2018, we had been poorly prepared to treat critically ill patients even during normal times. Luckily enough, our critical patients, as of now, have not gone beyond our capacity to cope but if things take such a turn we may have nowhere to look.

In a rational scheme of things, any political party which comes up with better ideas to overhaul a highly inefficient healthcare system, in a country ill-equipped to deal with a health emergency of the proportion as is potentially posed by the much feared third wave of Covid-19, should be the preferred choice of the voters facing an avoidable spectre of dying in a pandemic.

This, however, does not seem to be the case. Almost completely ignoring the need to bring the government under pressure to fix our dismal healthcare system, the Pakistan Democratic Movement (PDM) has preferred to take on the military establishment for allegedly putting in place a hybrid regime and using it to bring dissident politicians in line while Prime Minister Imran Khan seems to be basking in the debatable success of his smart and micro lockdown strategy to tide over the pandemic, as mercifully, Covid-19 did not cause as many deaths as it did in some other unfortunate countries.

Even the PTI government’s Sehat Sahulat Program is unlikely to help patients with deadly diseases who need advanced medical care if the capacity and efficiency of the system is not improved. Successive governments have failed to introduce much-needed reforms in our health infrastructure partly because our public seems to be appallingly ignorant of the seriousness of the problem and partly because the people who matter in decision-making are not affected by the status quo.

In a perverse way, Pakistan’s dysfunctional healthcare system works to our political elite’s advantage when they fall from power. Former military dictator General Pervez Musharraf, former finance minister Ishaq Dar and former premier Nawaz Sharif, for instance, have successfully fled from the scrutiny of the law under the excuse of medical treatment abroad. Hence, lack of specialised healthcare in their own country often serves as the last justification for leaving the country to the political leaders facing trials in Pakistan.

It should have been a moment of truth for General Pervez Musharraf and Nawaz Sharif who have ruled this country longer than any other living leader when they could not find a single hospital in this country where they could be treated to their satisfaction. As a matter of fact, the issue has acquired more importance due to a widespread perception that erstwhile premier Nawaz Sharif feigned critical illness in order to flee the country.

Finland has one of the best healthcare systems in some measure because public servants can’t buy themselves private medical service as all hospitals are state-owned and private medical service is virtually non-existent. Pakistan may also benefit from Finland’s experience by making public servants and their families use the same health services as are used by the general public.

As the situation stands, our political elite and civil servants are hardly able to relate to the painful experiences of the people under-served by our system as they rarely experience the hardships people from lower economic brackets undergo in public hospitals on a daily basis. However, this state of affairs may change for the better if they are made stakeholders in the public healthcare system.