Arsenal should qualify for Europe: Arteta

The post of a judge is lying vacant in the Supreme Court since the retirement of Justice Faisal Arab in November last year. However, it will be a daunting task for Chief Justice of Pakistan Gulzar Ahmed to fill that position due to a number of reasons.

A delegation of Balochistan lawyers will also meet with CJ Gulzar to convey their concerns in this regard.

According to the BBC statement, all Balochistan lawyers will stand with Justice Qazi Faez Isa, the last BHC judge to be elevated to the apex court in 2014. Justice Isa is, however, not ethnic Baloch.

Apparently referring to the presidential reference filed against Justice Isa, it said the lawyers would continue their struggle to defeat all conspiracies against the SC judge.

Another SC judge, Manzoor Ahmad Malik, is going to retire this month and the CJ is likely to fill both the vacant positions simultaneously in the coming month, said a source.

Process for elevation of a judge to the SC has come under severe criticism in the last three years as the last four apex court judges were elevated out of turn, ie, in disregard of the principle of seniority.

Interestingly, the petitioners had not challenged elevation of Justice Munib Akhtar, who was on number four in the seniority list of the Sindh High Court (SHC) but was appointed as an SC judge.

Justice Qazi Muhammad Amin Ahmed was appointed to the SC during the tenure of former chief justice Asif Saeed Khosa a month after his retirement from the LHC. He was 26th on the LHC seniority list.

Justice Aminuddin Khan was also elevated to the apex court even though he was fifth in terms of seniority in the LHC while Justice Mazahar Ali Akbar Naqvi was the third most senior judge in the LHC.

However, three consecutive chief justices of Pakistan – Saqib Nasir, Asif Saeed Khosa and Gulzar Ahmed – have ignored him while appointing judges to the top court. The SHC chief justice will retire on October 2, 2023.

According to sources, SHC chief justice Sheikh is the only ethic Sindhi among the six top SHC judges. On the other hand, after Arab’s retirement, there is no ethnic Sindhi judge left in the apex court.

Currently, eight Supreme Court judges are from Punjab and five from Sindh. There are two judges from Khyber Pakhtunkhwa (K-P) and only one judge from Balochistan.

Seven SC judges will retire in the next two years.

Justice Manzoor Ahmad Malik will retire this month while Justice Mushir Alam will retire on August 17. Five more SC judges are going to retire in the first eight months of 2022.

One section of lawyers believes that as a matter of principle only the best among the high court judges should be considered for elevation to the SC and nomination of judges should be based on competence, integrity, performance and juristic ability and not merely seniority.

However, in order to strengthen the federation, a proper representation of every province must be given in the Supreme Court. The Parliamentary Committee on Judges Appointment has already raised the matter with the Judicial Commission of Pakistan (JCP).

The JCP is a constitutional body which recommends nominations of judges for the superior courts. 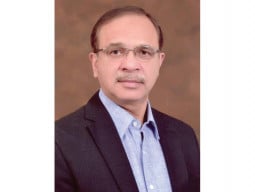 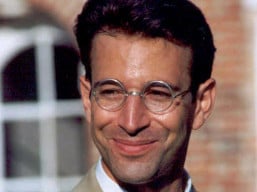