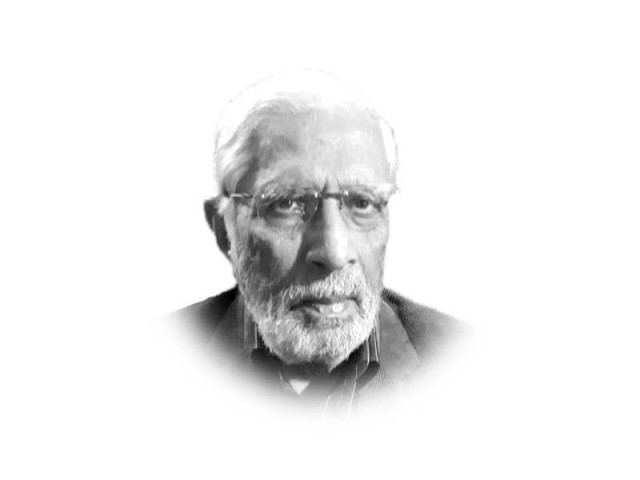 The demise of the PDM seems to have been overtaken by events threatening the PTI government itself. The PDM stood split following a public spat between its two leading components — PML-N and PPP — apparently over an insignificant office of the opposition leader in the Senate. On the other hand, the ruling PTI is facing a threatened split seemingly waiting to be set off by an embittered Jahangir Khan Tareen, presumably feeling let down by party chairman Imran Khan who, as prime minister, has allowed cases to be instituted against him on charges of alleged money laundering and manipulating sugar prices, sending them soaring high, out of the common man’s reach. Until a year back, known as party’s money bag or jokingly, the PM’s ATM, Tareen is also credited to have delivered to the party chairman most of the electables enabling him to form governments at the Centre and in Punjab.

In a show of support, a good number of Punjab lawmakers from the PTI accompanied Tareen to court on Wednesday where he and his son had to appear for an extension in their interim bail in cases filed by the FIA. Tareen’s display of political strength was unambiguous but his verbal responses to media-persons’ searching questions were at best conciliatory hoping perhaps a last-minute patch-up could be worked out.

What has added more drama to the events was a tweet by PPP’s Syeda Shehla Raza claiming that Tareen was going to be meeting PPP co-chairman Asif Ali Zardari. Raza tweeted that Tareen was likely to join the PPP along with his supporters. “If this happens, the governments of Buzdar and Imran Khan will be gone,” she tweeted in Urdu. Tareen, who met PPP South Punjab president Ahmed Mahmoud earlier that day, claimed that there was no truth to it. Subsequently, Raza deleted the tweet.

The PDM split followed by a PTI rupture could perhaps turn out to be a precursor to the establishment being forced to conceding a qualitative change in the political combination and permutation at the top thus helping bring to an end the witchhunt that the three — PML-N, PPP, and Tareen — are being subjected to clearly at the behest of PM Khan’s government that had come to power ostensibly with the sole objective of eliminating corruption and forcing the previous political rulers to return the nation’s ‘plundered loot’.

The split inside the PDM and the one about to happen inside the PTI seem to be the result of both the government and the opposition having reached a dead end in their respective domains of activity, with the former trying to meet its policy failures with personnel changes as well as by throwing Tareen to the dogs to re-enforce its image of being an anti-corruption crusader, and the latter opting for infighting failing to come up with new ideas for opposing the government having disagreed on plans for a long march to Islamabad along with resignations from assemblies.

Still, it is intriguing: why did the PML-N which was all for getting Yousaf Raza Gilani elected to the Senate with the help of some ruling party turncoats start disabusing PPP with the epitaph of ‘friendly opposition’ for getting Gilani elected as the Senate opposition leader with the help of some BAP turncoats? Then there are these unconfirmed rumours that the PPP helped Sanjrani win the election to the office of chairman Senate by getting its seven members cast invalid votes. So, the PPP from an anti-establishment party seemingly turns overnight into a pro-establishment one to accommodate Tareen when he finally parts ways with the PM and forms his own PTI faction. PML-N is too anti-establishment for Tareen’s political taste. PML-Q is too small to be of any help in making a bid for the government at the Centre. And that would help Zardari before he finally calls it a day to accomplish the impossible with the help of Tareen’s faction of PTI — getting Bilawal elected as the next PM. Out of the question? Well, how many of us ever thought Zardari would accomplish the impossible and reach the presidency when he did?