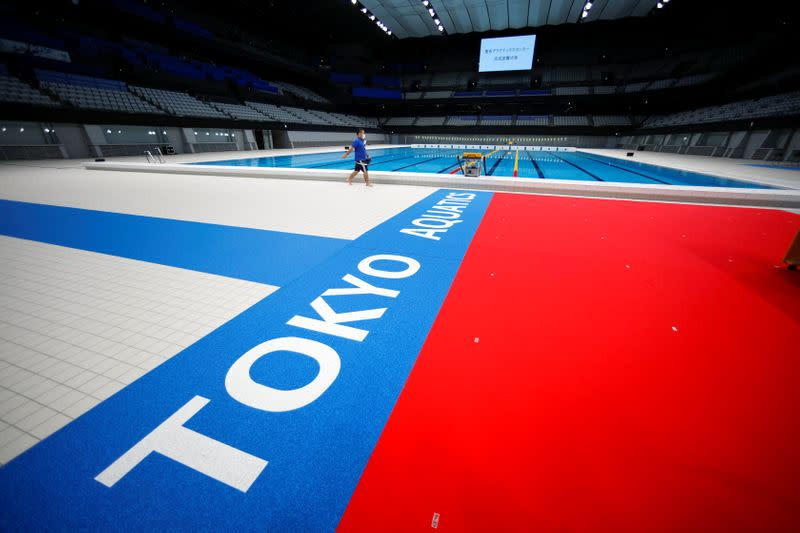 Tokyo Olympic organisers are expected to cancel a water polo test event scheduled for this weekend, a report said on Tuesday, as the Covid-19 pandemic continues to disrupt preparations less than four months before the start of the Games.

A cancellation would be another blow for organisers just days after they restarted test events, which had been on hold due to the pandemic, for the first time in more than a year.

The International Swimming Federation (Fina) has cancelled Olympic qualifiers including one doubling as a test event this month, meaning two of the first three test events would not be held if the water polo event is scrapped.

The water polo test event will be cancelled because overseas officials are unable to come to Japan amid strict Covid-19 countermeasures, public broadcaster NHK said.

A spokeswoman for the Tokyo 2020 organising committee declined to comment.

Japan is struggling with a nascent fourth wave in the pandemic driven by variants of the coronavirus, and the resurgence is already affecting Olympic test events as well as the torch relay.

Organisers were initially planning 18 test events in April and May, starting with wheelchair rugby April 3-4.

But Fina has cancelled its Olympic qualifiers in Tokyo, which were also to be test events, for diving scheduled for April 18-23 and artistic swimming May 1-4, according to the calendar section of its website.

The BBC reported Fina was cancelling the diving event because the organisers' planned Covid-19 precautions "will not properly ensure" the safety of athletes.

Fina has also cancelled a non-test event, the Olympic marathon swim qualifier in the southern Japanese city of Fukuoka in late May, its website shows.

Fina had said on Friday it was reviewing its qualifiers planned for Japan and that it would make an announcement in the current week. It has yet to issue a new statement.

Yasuo Mori, a senior Tokyo 2020 official, said on Sunday that Fina intended to cancel the events and that organisers would hold talks with the swimming federation this week.

Although Japan has been affected by the pandemic less severely than the United States and Europe, its vaccination campaign is off to a slow start while some prefectures are seeing a resurgence in new infections.

Adding to organisers' headaches, the city of Osaka has formally requested that their leg of the torch relay be cancelled as the western Japanese metropolis grapples with a spike in infections.

The relay is scheduled to pass through the city on April 14.

The NHK report did not say which overseas officials were not able to come for the water polo test event, which was expected to involve only Japanese athletes.

Tokyo 2020's Mori said previously that international athletes would be present at five of the test events, including the Fina qualifiers. Federer sets eyes on Olympics as long as knee holds up