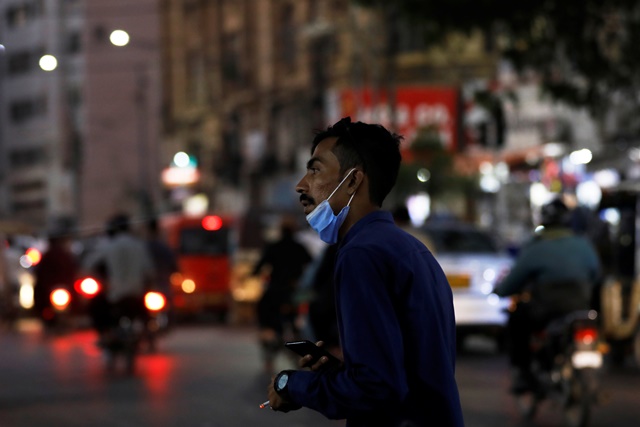 Unlike previous spells, the third wave of the novel coronavirus has proven to be a tough row to hoe for the country. The situation is further exacerbated by the federal and provincial authorities failing to agree on a single mitigation plan.

On the one hand, where the federal government has been pressing to suspend all trade activity past 08.00pm in view of surging positive cases across the county, the Sindh government, offering two hours of laxation, has issued a notification limiting business hours till 10.00pm.

This lack of agreement between the two governments has left the province’s business community in a state of dilemma, with neither of their respective decisions being implemented. All the while, the unbridled public, which is presumably too desensitised to the virus after a year of the pandemic, appears to have also adopted an ostrich policy in wake of the invisible threat.

Read: Pakistan to step up vaccination to turn tide against Covid-19: Dr Faisal

The lack of writ of the authorities is evident by the fact that despite ballooning cases, markets and business centres in the financial capital remain operational till the wee hours of the night.

Hundreds and thousands continue to throng Karachi’s various food streets, bazaars and eateries, right as the mid-summer sun begins to set. From then onwards till the late hours of the night, the city remains abuzz citizens enjoying the nightlife that the metropolis is famous for and all caution is thrown to the wind.

The scene, which is reminiscent of life before the pandemic, is so convincing that it may almost convince one that perhaps Covid-19 never touched this city of 20 million.

Addressing the situation, Pakistan Medical Association Secretary General Dr Qaisar Sajjad pointed out that the third wave of the coronavirus has the potential to paralyse the country once again, if not dealt with extreme caution. “Although there’s been some back and forth about limiting business hours, the government appears to have missed out on imposing SOPs [standard operating procedures], which is crucial.

If things go as they are going, Karachi stands at risk of [witnessing] a severe jump in coronavirus cases,” he forewarned. Yet however, Sindh Education Minister Saeed Ghani believes that the situation in Sindh is still much better than other provinces.

“[The] provincial government, working under guidance of [the National Command and Operation Centre] NCOC, has been taking all required steps to curb the spread of the virus. If needed, we’ll take the business community and all stakeholders into confidence before reaching any further decision,” he asserted.

On the other hand, according to Muhammad Humayun, a citizen associated with a private company, he’s not seen any routine checks or implementation of SOPs from any administration since the third wave hit.

“It’s as if almost everyone’s operating as per their own will. It’s business- as-usual on most days, except when the deputy or assistant commissioner decides to show up and starts issuing fines. Then a few SOPs and working hours are put into place, but they all go awry once the officer leaves.”

Like Humayun, many of Karachi’s residents, who work odd hours and are their family’s sole bread earners, believe that that the government should produce, announce and impose an integrated strategy for businesses.

“If business hours are set under an integrated strategy, citizens will know that they have to shop within an allotted time and plan their day accordingly. The off-again-on-again ad hoc polices being used right now are doing nothing but disrupting people’s daily lives,” complained Amber, a nurse at a local hospital.

Speaking in the regard, Sadia Afshin, who is affiliated with a government department, agreed that the present policies were turning out to be less than favorable in terms of pandemic control. “There is no SOP implementation anymore,” she corroborated, adding that the government should focus on fixing working hours at a regional level.

“Instead of closing markets and bazars simultaneously, every area should be closed one day a week. This will make things more manageable for people,” the officer suggested.

In response to this, All Karachi Tajir Ittehad Chairperson Atiq Mir said that since there were orders to close businesses at 10.00pm, it was the Sindh government’s responsibility to implement them. “Both shopkeepers and the public should cooperate and follow SOPs, if we are to ever make it out of this pandemic,” he said, speaking to The Express Tribune. 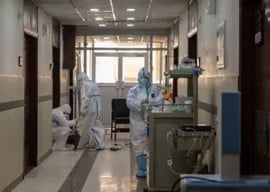