Did you know Kareena was offered ‘Queen’ before Kangana?

Turns out the prior had turned down the role that established the latter. 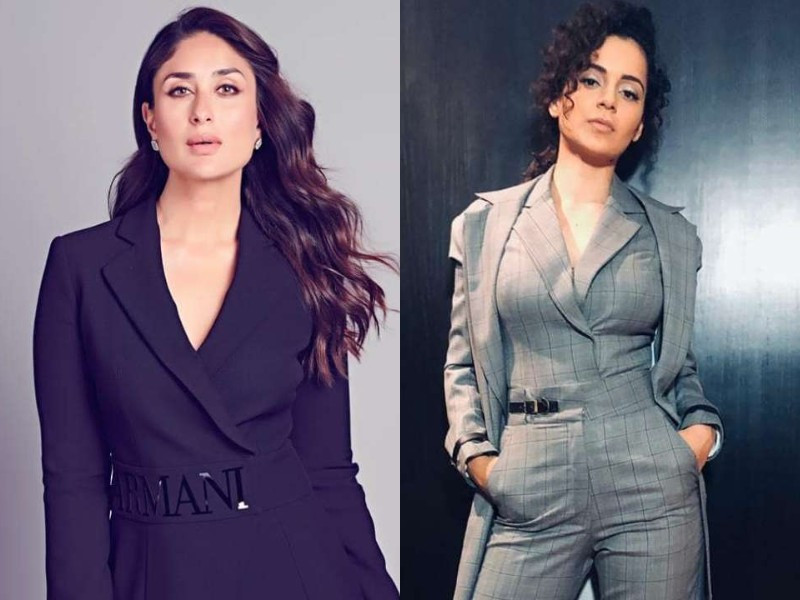 Today, Bollywood actor Kangana Ranaut is known for many things, but her character from Queen is one of the things that established her in the industry. But did you know her calling-card role was first offered to Kareena Kapoor Khan?

That’s right! In 2019 at the Hindustan Times Leadership Summit, Kareena, alongside Akshay Kumar, confessed that she was offered Queen before Kangana. She made the admission while fielding a question about having a reputation for rejecting roles that went on to win plaudits for other actors.

Previously, many had said Kareena was also offered Kal Ho Naa Ho, Kaho Naa... Pyaar Hai, Goliyon Ki Rasleela – Ram Leela, Hum Dil De Chuke Sanam, Queen and Black. However, she admitted that only two were actually offered and turned down by her from the list. "There are only two films in this list that are right, the rest is all wrong." She added, "Queen I was offered."

Asked if she had any regrets about turning some of these roles down, she replied, "I never look back, I only move ahead. I have no regrets,” the outlet quoted her as saying.

On Friday, Kangana retweeted a video in which she was seen praising several actors, including Kareena, and claimed in her tweet that they didn't return the favour later. She also alleged that instead, they 'ganged up' on her. In the video, Kangana said, "Kareena has really raised the bar for us. She's the epitome of a modern woman. Through her roles, especially Geet in Jab We Met, she has really inspired our generation."

Kangana tweeted, "There is not a single actress in this industry who I have not supported or praised here is the proof. But none of them ever showed any support or praise for me, have you ever thought why? Why they gang up on me? Why this conspiracy to look through me and my work? Think hard."

However, in 2019, Kareena had praised Kangana in an interview. She told Dainik Bhaskar, “I have heard that Kangana’s biopic is coming. I am excited to watch her biopic. I believe that she is one of the finest actresses and I love her. I am so fond of her. She is an astonishing actress and an intelligent woman.” Before Rani Mukerji, Aishwarya Rai was offered 'KKHH' and she denied