These buses have been designed by the Sports and Tourism Department for people with different kinds of disabilities. A special player Mesmat Shiraz accompanied the CM on the occasion.

Two buses have been developed for special players, which will enable them to reach the sports ground easily, the provincial chief executive said while addressing the people attending the event.

The chief minister added that the government is taking every kind of step to facilitate people with disabilities and by giving them a bus specially designed for them is part of the efforts being made to provide sports activities to the youth as per Prime Minister Imran Khan’s vision in K-P.

Special persons with disabilities used to face a lot of difficulty in traveling from one city to another to participate in sports competitions.

The new buses will be utilised for them to ensure their easy access to the playing fields. Special players will also be given all facilities like other normal sports players playing under the Directorate of Sports Strategy. 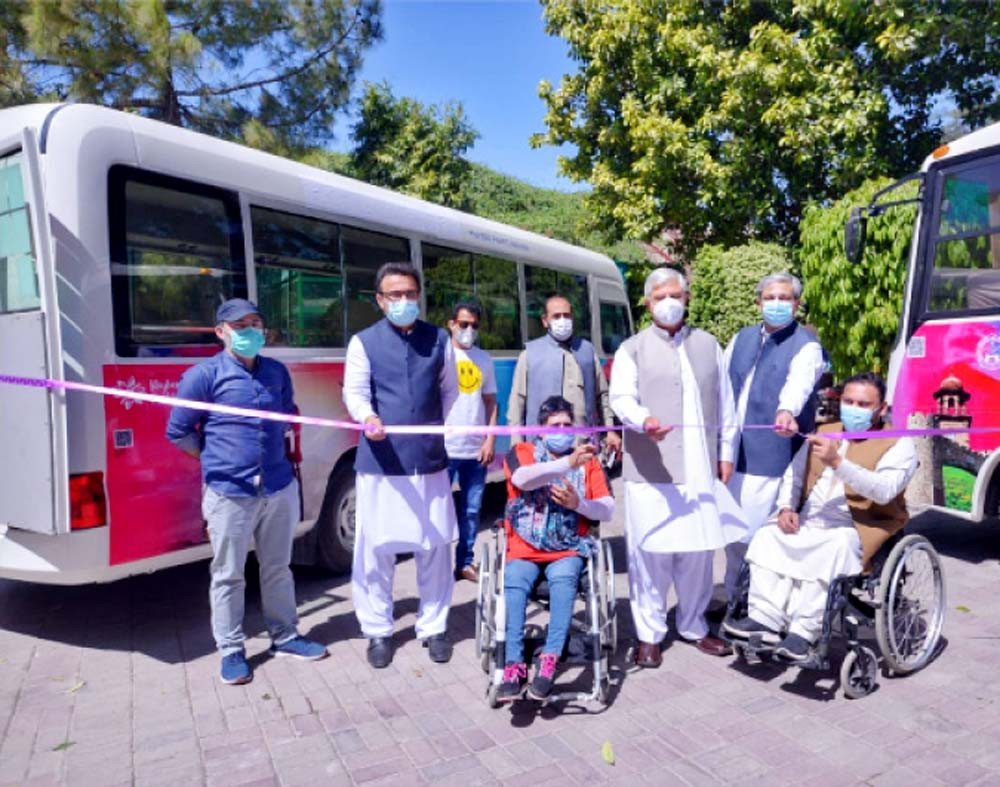 On the occasion, Khattak said the chief minister has taken this step to make it possible for persons with disabilities to access the ground under the “Sports for All Vision-2021.”

“Under the CM’s aforementioned vision the Sports and Tourism Department has taken a big initiative for persons with Different Abilities,” he said.

Khattak said that in the recently held National Games organised by Directorate of Sports Khyber Pakhtunkhwa, 700 athletes took part from all across Pakistan.

“During these Games we came through such hardship and saw the difficulties being faced by the special athletes who had to travel many miles to attend the games. This is when CM Mahmood directed us to prepare buses for special people,” Khattak said.

He further said the Sports Directorate also finalised those venues where it was easier for special persons with disabilities to attend.

The special persons appreciated such steps that ensured them to watch happy moments while sitting on a wheelchair.

35 arrested in K-P for flouting SOPs