Pakistan takes another $1.3b loan from World Bank 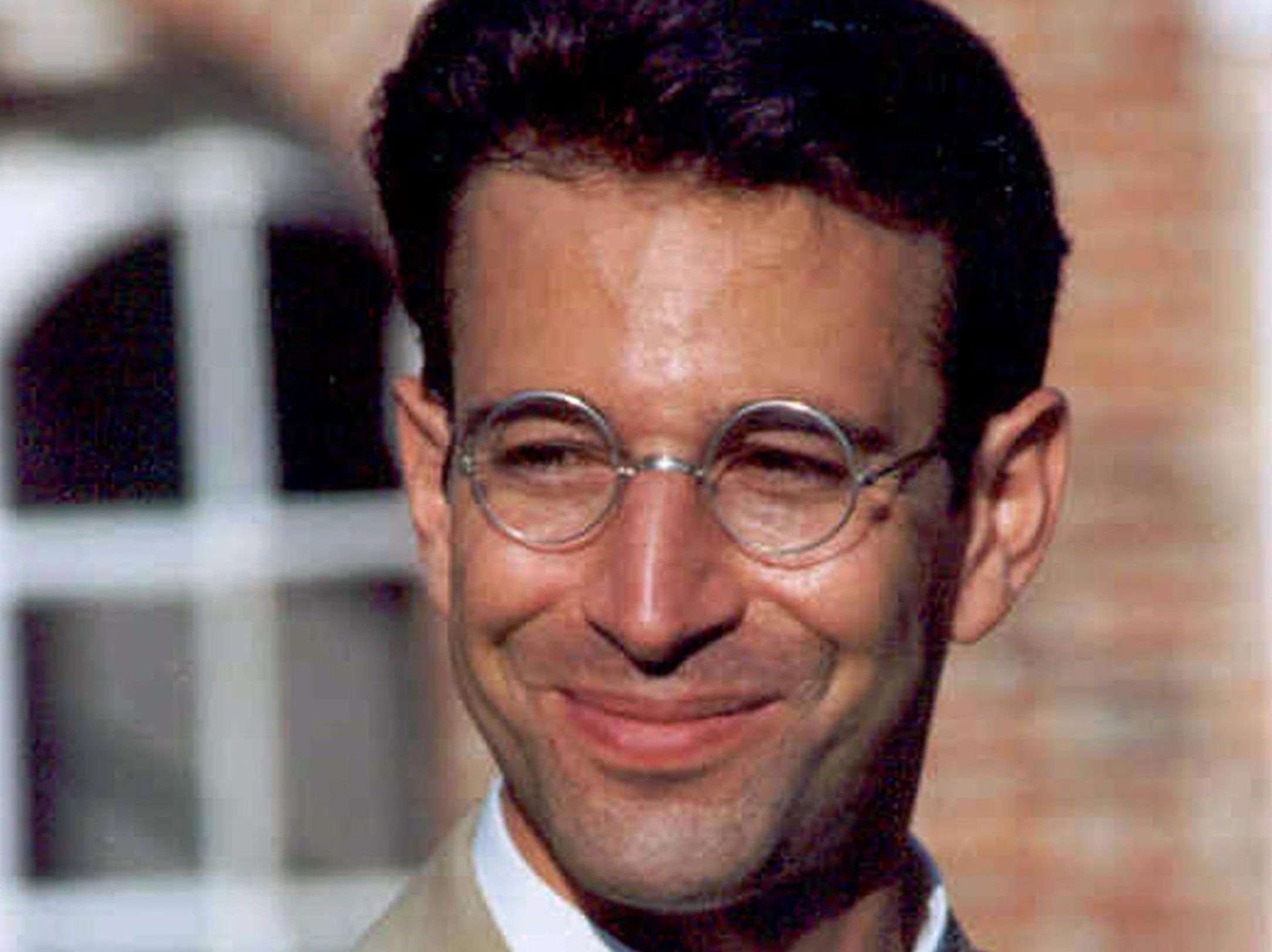 Daniel Pearl, the South Asia bureau chief of the Wall Street Journal, was kidnapped on January 23, 2002, from Karachi, and later beheaded by his captors. PHOTO: AFP
ISLAMABAD:

In its 2-1 majority judgment in the Daniel Pearl murder case, the Supreme Court has held that the entire evidence in the case is full of doubts and the prosecution has failed to prove the guilt of the four accused, including British born Pakistan Ahmed Omar Saeed Sheikh.

"Hence Criminal Appeal No 602/2020 filed by Ahmed Omar [Saeed] Sheikh is allowed. He is acquitted of all the charges. He shall be released from jail if not required to be detained in any other case,” said the majority judgment authored by Justice Sardar Tariq Masood and endorsed by Justice Mushir Alam.

“Criminal Appeals No 599 to 601 of 2020 filed by the state against acquittal and Criminal Petitions No1085 and 1086 of 2020 filed by the parents of Daniel Pearl against the acquittal of Fahad Nasim Ahmed, Syed Salman Saqib and Sheikh Muhammad Adil and for enhancement of sentence of Ahmed Omar Sheikh are dismissed," added the order.

A three-judge SC bench on January 28 issued its short order after hearing the appeals filed by the PPP led Sindh government and Daniel Pearl’s parents against the Sindh High Court’s (SHC) April, 2020 order.

The SHC on April 2, 2020 commuted the death sentence of Sheikh convicted of kidnapping and murdering US journalist Daniel Pearl in 2002 to seven years and acquitted three others who were serving life terms in the case – almost two decades after they were found guilty and jailed.

The SC on January 28 ordered authorities to release the accused while issuing a split order. The third member of the bench Justice Yahya Afridi did not agree with the majority view and issued a dissenting note.

The majority judgment said the majority judges were entertaining no amount of doubt that prosecution had failed to bring home guilt of the accused/respondents and appellant as the evidence furnished during the trial is full of factual and legal defects.

"In this case, regarding each and every piece of evidence the doubts are emerging from the mouth of the witnesses, and it is settled since centuries that the benefit of doubt automatically goes in favour of an accused,” the verdict said.

“However, the SHC ignored these important points mentioned and wrongly convicted him [Omar]under section 362 PPC when the evidence of Nasir Abbas was full of doubts and no reliance can be placed on such doubtful statements.

“So the conviction of Ahmed Omer Sheikh under section 362 PPC was not justified,” it added.

The court said counsel for the parents of Daniel Pearl had argued that it was a high-profile case but even in such cases the benefit of doubt cannot be extended to the prosecution and it is settled since centuries that such benefit can only be extended to the accused that is facing the trial.

"The trial court although had convicted the accused persons under section 365-A, 302, 120-A PPC read with section 6(a) of ATA but surprisingly sentenced them only under section 7(a) of ATA and no sentence was passed independently for each offence…

“Rather single sentence in the shape of death to Ahmed Omar Sheikh and life imprisonment in respect of the remaining three accused was passed and this illegality was also not curable.

The court said the parameters to deal with the appeal against conviction and appeal against acquittal are totally different because the acquittal carries double presumption of innocence and can be reversed only when found blatantly perverse, illegal, arbitrary, capricious or speculative and shocking.

“If there is a possibility of a contrary view even then acquittal could not be set aside as has been settled by the SC in several cases.”

The SC said the counsel for the Pearl’s parents had tried to highlight the previous involvement of Sheikh in a criminal case of such nature registered in India.

“But we observe that during the trial, the FIR or other documents regarding the said case were never produced nor ever the accused was confronted during the trial on this aspect of the case.”

The majority judgment said the counsel had also laid stress on a letter written by Sheikh from jail during the pendency of his appeal in which, according to learned counsel, he had made confession that he was having a minor role in the occurrence.

“[However] while going through the said letter we observe that the accused Ahmed Omar Sheikh had professed his innocence in [so] many words in the said letter and ultimately he made a complaint that the sentence awarded to him was very harsh [even] if the role attributed to him is seen.

The split verdict said the circumstances create serious doubt and in that eventuality no premium can be extended for such a letter which cannot be taken into consideration separately. Rather the whole letter has to be taken in entirety in which again and again the accused professed his innocence.

It said no effort was made by the prosecution to produce the doctor who conducted the postmortem of Daniel Pearl and prepared the report.

“At this stage, learned counsel for parents of Daniel Pearl cannot claim that the flaws and lacunas left by prosecution due to their negligence be filled by invoking jurisdiction under section 428 CrPC [Code of Criminal Procedure].

"The courts remain impartial and they are not meant to fill up the lacunas/gaps and other infirmities left by either party. So prosecution remained fail to establish the factum of murder through cogent evidence," said the majority judgment.

The order said Ahmed Omar Saeed Sheikh confessed to the crime to the police but whether he made any admission before the administrative judge was not supported by the order of the judge nor the said judge came forward to confirm such admission.

"Admittedly, at that time, he [Sheikh] was in police custody and was handcuffed. Any confession, even recorded under section 164 CrPC will become invalid if the accused is produced before the magistrate remains in handcuff while making such confession."

The court noted that the arrest of the accused persons were shown subsequently and prior to that they were kept in illegal confinement as claimed by the counsel for the parents of Daniel Pearl but this fact cannot be ignored simply on the logic of being a high profile case.

“So while keeping the accused persons in illegal detention, the prosecution had violated the fundamental rights, constitutional mandate and law.

“Due to this illegal detention of accused persons, the recoveries which were planted subsequently are negated from the statement of Ronald Joseph (PW-8) and John Molligan (PW-12) and have lost its value,” said the judgment.

The order said the prosecution had mainly relied upon the judicial confession of Fahad Nasim Ahmed and Syed Salman Saqib, recorded under section 164 CrPC.

“Admittedly, the said confessions were retracted and the court has to see whether such retracted confessions have been made voluntarily without any inducement, promise or coercion and whether the object of making such confession was to state the truth.”

The confession would be voluntarily if it was made without any threat, inducement, promise, torture etc. In the present case, admittedly, according to the prosecution’s own case, the statements under section 164 CrPC were recorded after 17/18 days to the extent of Syed Salman Saqib.

“This delay by itself is indicative of the fact that the confessional statements were not made voluntarily. If the object of the accused person to tell the truth and they were volunteered to make such a statement the same must have been recorded on the first or second day of their arrest,” the order said. 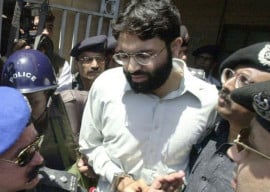 Pakistan denies handing over Pearl murder suspect to US On This Day: American journalist Daniel Pearl murdered in Pakistan