Incense burn in front of a devi’s portrait in the temple. PHOTOS: EXPRESS
RAWALPINDI:

Bells rang and bhajans sounded in front of the portrait of deity Durga in the ancient temple of Bhabra Bazaar on Thursday after almost 74 years.

Over a century-old Hindu temple in the Purana Qila locality of Rawalpindi’s ancient Bhabra Bazaar was reopened for the Hindu community after 74 years, officials said.

The Hindu community celebrated the occasion by performing their religious rituals at the restored temple. The Hindu temple was uninhabited since 1947 while the encroachment mafia had occupied the surroundings of the temple over time. The Purana Qila temple is over a 100-year old, said an officer of the district administration. The interior of the Hindu worship site had dilapidated while all entrance and exit points were blocked by illegally constructed shops.

Last month, the district administration and Evacuee Property Trust Department (EPTD) and the police conducted an operation and removed all encroachment.

The control of the historic temple was handed over to the evacuee department and policemen were deployed to ensure that the premises did not get occupied again.

EPTD, responsible for the worship places of people who had left Pakistan for India, completed the repair work and paint job in the temple’s interior and handed it over to the overjoyed local Hindu community.

Hindu leader Om Prakash said that the Hindu community of Rawalpindi was extremely happy with the restoration of the historic temple. He said that the community members would now perform all religious rites with complete freedom.

Prakash said they were in touch with the district administration and the police for the safety of the temple.

He said Purana Qila temple was very important to a small Hindu community in Rawalpindi.

He added the community members celebrated Holi Hardik Shubh in the temple.

He thanked Prime Minister Imran Khan, Federal Minister for Religious Affairs Noorul Haq Qadri, and EPTD chairman for rehabilitating the temple. Prakash said the Hindus enjoyed all rights in Pakistan and there faced no hurdles in performing religious rites. 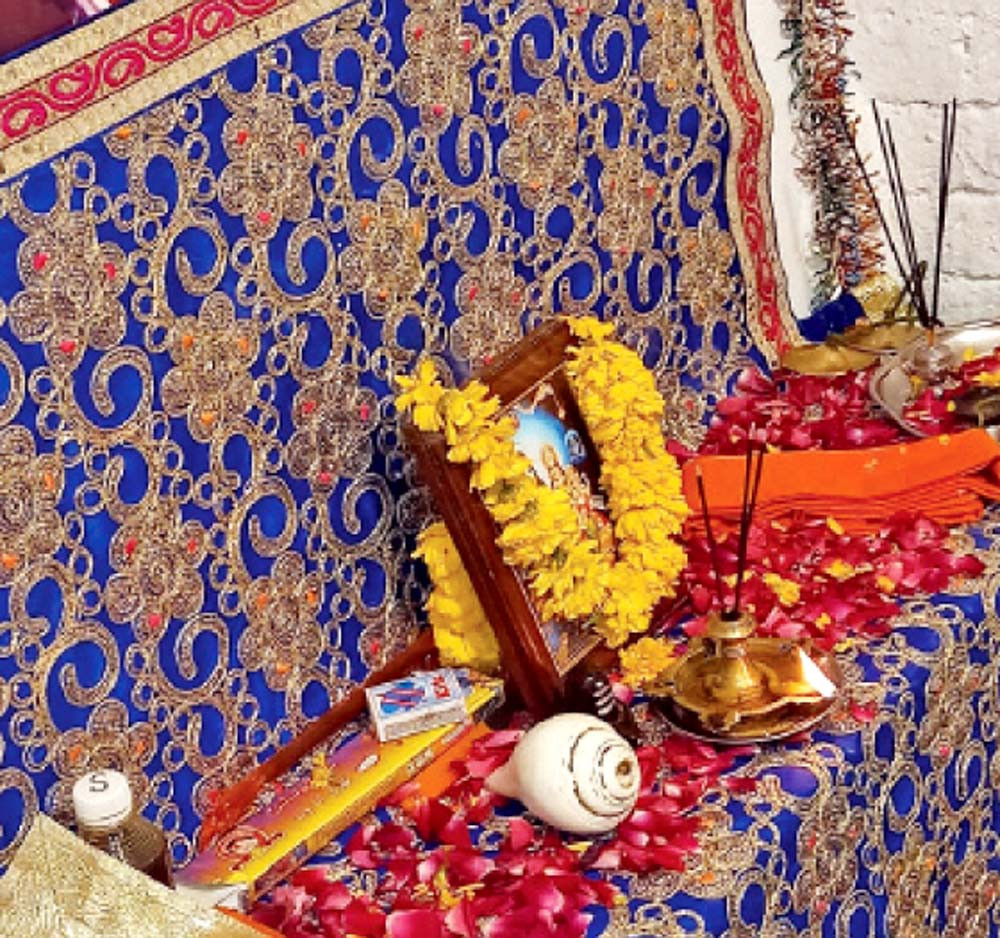 Rawalpindi City Assistant Commissioner (AC) Waqas Sikandari carried out an anti-encroachment operation with revenue officials and police in February to reclaim the old mandir. The encroachers had set up a cloth market around the temple. AC Sikandari told The Express Tribune that the old Hindu mandir was listed as a worship site in the record of district administration. He added that the main building of the temple was damaged in 1960.

Sikandari said that the land mafia had encroached on the boundary walls and entrance gate of the historic building and built shops. The officer said that the locals cooperated with the administration in the eviction of encroachers from the illegally occupied property.

Sikandari said that the temple was a historic heritage of Rawalpindi and tourists would be able to visit it after rehabilitation. The Rawalpindi administration has decided to include seven small temples located within a kilometre of Sujan Singh Haveli in the restoration project of the old city area.

All temples would be restored and information about their historical status will be displayed in a prominent place. Eight historic buildings in the proximity of Sujan Singh Haveli have also been identified and their facades would be restored to antiquity as per a beautification and restoration plan for the city.