Raam party on track to win five seats in Israel's 120-member parliament, with roughly 90% of the vote counted

Israel's election brought a surprise when a conservative Islamic party crossed the threshold to enter parliament and its leader emerged on Wednesday as a possible kingmaker.

Mansour Abbas and his Raam party -- unlike other Arab political groups before it -- have not ruled out joining an Israeli government.

"We are prepared to engage" with either Prime Minister Benjamin Netanyahu's camp or his rivals, Abbas told Israeli radio while stressing that "I'm not in anyone's pocket".

On Wednesday the party was on track to win five seats in Israel's 120-member Knesset, with roughly 90% of the vote counted.

Israel's latest inconclusive election left no clear path for Netanyahu or his rivals to form a government, setting the stage for protracted coalition talks.

When Israel last voted a year ago, Raam had been part of the mainly Arab Joint List. But that alliance fractured earlier this year amid ideological divisions between Abbas and his former partners.

The conservative Abbas long had frictions with other Arab Israeli factions, including those with communist roots.

Weeks before Tuesday's vote, Abbas indicated an openness to dealing with Netanyahu, even though the premier has demonised Arab-Israelis at various points through his political career.

But Abbas argued that Arab leaders have a responsibility to partner with whoever is in power in order to tackle a crime epidemic rocking Arab communities.

Analysis by state broadcaster Kan vote showed that the combined strength of the declared pro-Netanyahu parties was 52 seats while those seeking to end his long reign commanded 56.

For Netanyahu, that means securing a 61-seat majority could require an alliance with his estranged former protege, the religious nationalist Naftali Bennett, who is projected to control seven seats, as well as with Abbas.

Such alliance would however be plagued by bitter divisions.

The prospects for Raam and Religious Zionism to sit a stable coalition under Netanyahu appear dim.

For the ideologically divided anti-Netanyahu camp, bringing Abbas on board could also prove complicated.

That bloc includes the staunchly secular centrist Yesh Atid party, led by Yair Lapid, religious right-wingers who defected from Netanyahu's Likud, as well as Abbas's rivals in the Joint List.

Amal Jamal, an analyst at Tel Aviv University, said Abbas "has no red lines" and could align with whichever camp best caters to his interests.

"He will flirt with all parties to try and achieve what he wants," Jamal said. Thousands of Israelis protest against Netanyahu ahead of election 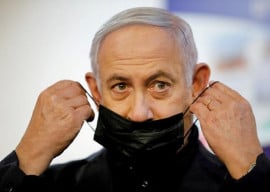 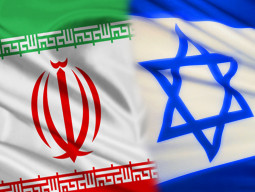