Juve coach Pirlo 'happy' to continue with Ronaldo next season

Zidane opened the door to the Portuguese returning to Real Madrid, admitting a comeback is "possible" for the striker 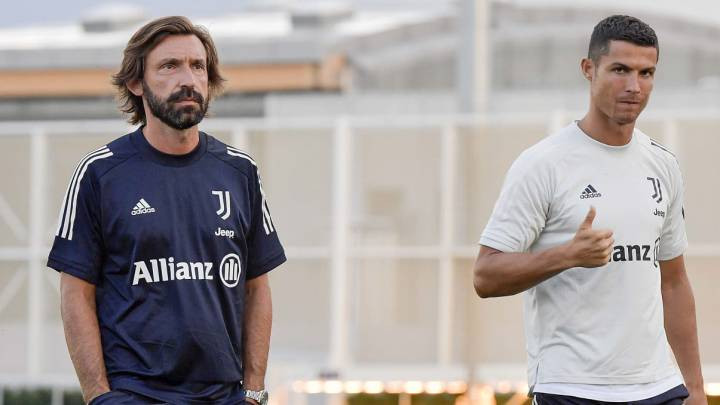 Juventus coach Andrea Pirlo insisted Saturday he was happy to continue next season with Cristiano Ronaldo whose contract expires in 2022.

The Portuguese forward's future has been under scrutiny after Juventus crashed out of the Champions League in the last 16 for the second consecutive season.

"For now we have not thought about it, Cristiano still has a year left on his contract with us and we are happy about that," Pirlo said ahead of Sunday's league game against Benevento.

"We're extremely focused on this end of the season. He has already scored a lot of goals and is beyond discussion."

Zinedine Zidane opened the door to Ronaldo returning to Real Madrid on Monday, admitting a comeback is "possible" for the striker.

Meanwhile, Ronaldo, the top scorer in Serie A this season with 23 goals, posted a message on Instagram to thank Juventus after being named the best player in Italy by the players' association on Friday.

The 36-year-old promised "the whole Juventus universe that we will continue to work until the last day because we can still, all together, have reasons to celebrate this season".

In Serie A, Juventus are third, 10 points behind leaders Inter Milan, as they push for a 10th consecutive league title.

"It's an important match because it comes just before the international break, it's a fundamental game for our season," said Pirlo of their game against 16th-placed Benevento.

"We are facing a team that is not going through a good period at the moment, but knows how to express themselves on the pitch and I know the coach, Filippo Inzaghi, whom I always follow with affection. He is doing a good job and I have great respect for him."

"We have to win game after game, bring home the three points and put pressure on Inter."