DHQ gospital in a shambles due to delay in repairs

Zartaj Gul says application has been made more user-friendly 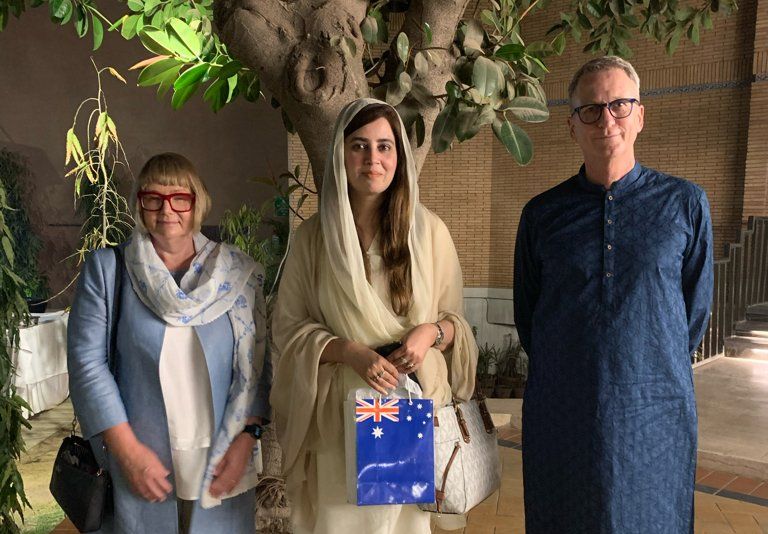 The application has been amended with a separate domain to help citizens report violations made in secret by retailers or manufacturers of plastic bags with an easy-to-fill form and direct outreach to the relevant administrative department and the Ministry of Climate Change (MoCC), she mentioned in a briefing.

The main purpose, Zartaj stated, of the presser was to inform the media on plantation targets made under ‘Ten Billion Tree Tsunami’ plantation project and the ministry's collaboration with SUPARCO for satellite monitoring of the plantation sites.

Plastic bags are strictly banned in the federal capital and individuals found carrying them would be fined Rs5,000 while retailers and manufacturers will be fined Rs10,000 and Rs100,000, respectively to ensure strict enforcement of the ban, she said.

During the inspection raids, around 3,500 kilogrammes of plastic bags were seized and Rs2.75 million in fines was imposed on the violators. She urged the masses to report maximum violations of the ban on the app as half a million people were registered on it.

The minister further highlighted that under the plantation project, over 710 million trees had been planted since its inception and will successfully reach the first billion under the massive afforestation project.

Zartaj said the survival ratio of trees as per the reports from the provinces showed 70 to 90 per cent, which was encouraging. She maintained that the ministry has also signed an MoU with SUPARCO to monitor plantation sites and its data would be made public after completion of the study.

The MoCC was the first ministry to volunteer for third party evaluation of the 'Ten Billion Tree Tsunami' project by global institutions of WWF, IUCN and FAO, she added.

The minister also stated that after ratifying the Minamata Convention on eradicating the use of hazardous mercury causing cancer, the country successful managed to get $75,000 from the United Nations. "This funding will be used to set up an enforcement directorate to ensure limited use of mercury in cosmetics and other products used widely," she added.