Russian says he should be world number four after beating Ruusuvuori 6-4, 6-4 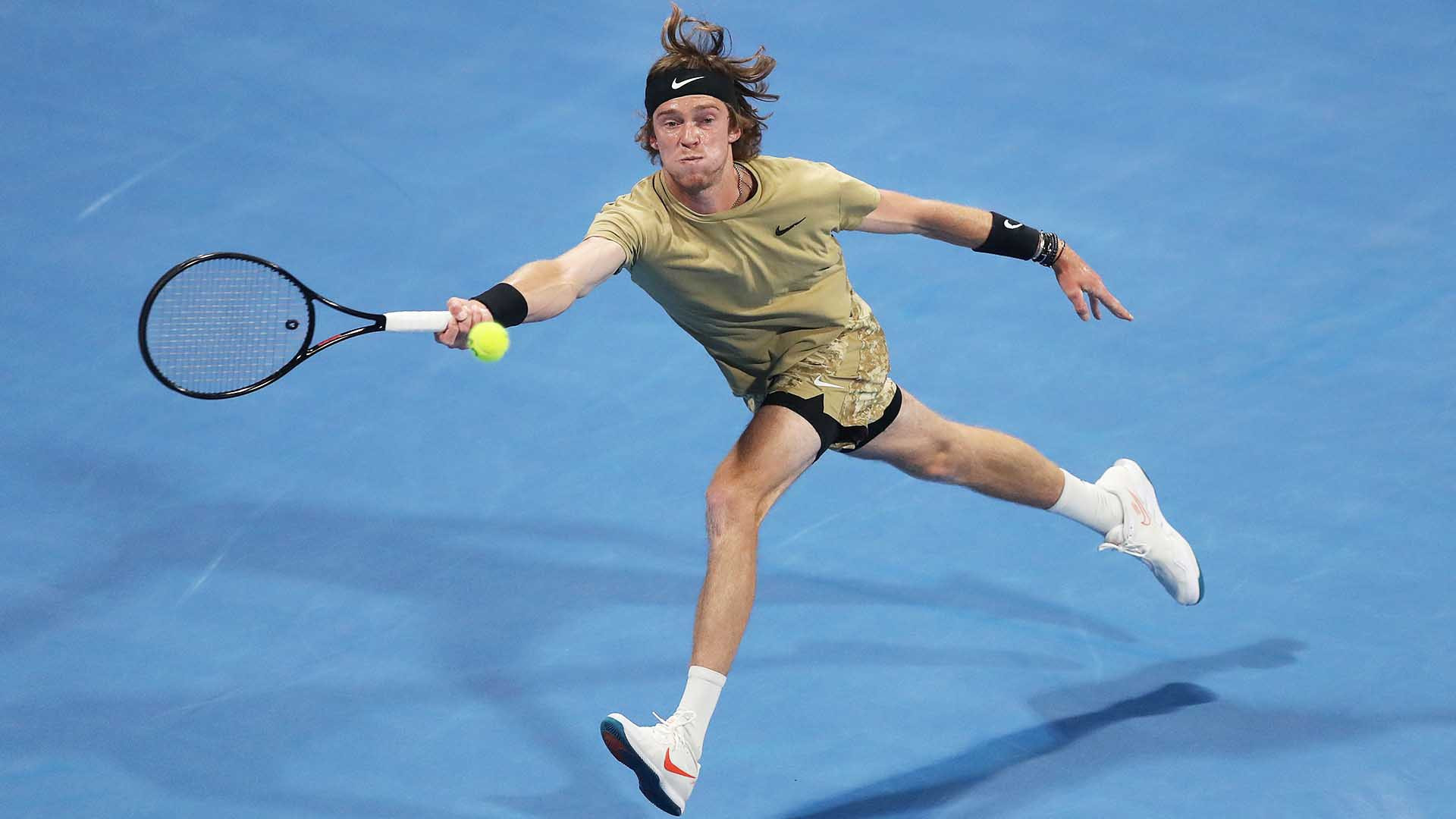 Andrey Rublev has added his voice to criticism of the current ATP ranking system with the Russian world number eight suggesting after winning his opening match in Dubai on Tuesday that it does not work in his favour.

Alexander Zverev, the German world No.7, recently described the revised system as "absurd" because he is ranked lower than Roger Federer even though the Swiss missed an entire year due to knee surgery.

The system was introduced to protect players who are unable to travel and compete because of the coronavirus pandemic.

While players can add points to their tally, they do not drop the points accumulated from the previous season.

"If we would have the normal system, I would be like No.4 in the world I think. So what do you think is better for me, to be No.8 or No.4?" said Rublev when asked if he agreed with Zverev's statements.

"With the system that we're having now, for me, it's much tougher to be No.4, so here is the answer."

Rublev extended his winning streak at 500-level tournaments to 21 matches after he beat Finnish qualifier Emil Ruusuvuori 6-4, 6-4 in the second round in Dubai.

The second-seeded Russian, who has won his last four events at this level dating back to Hamburg last September, will next tackle American 15th seed Taylor Fritz in the last-16 stage.

Meanwhile, reigning US Open champion and Dubai top seed Dominic Thiem crashed out of the tournament to a rock-solid Lloyd Harris, who earned the first top-10 win of his career with a 6-3, 6-4 result against the Austrian.

The South African qualifier, who recorded his maiden top-20 victory last week over Stan Wawrinka in Doha, continues to hit new heights in the Middle East as he set up a third-round meeting with Serbian 14th seed Filip Krajinovic.

The world No.81 was unstoppable on serve, dropping just one point behind his first serve throughout the 72-minute encounter. No complaints but quarantine differentials were a mistake: Zverev