Since his arrival, chief selector Wasim has made bold decisions in player selection with focus on domestic performers 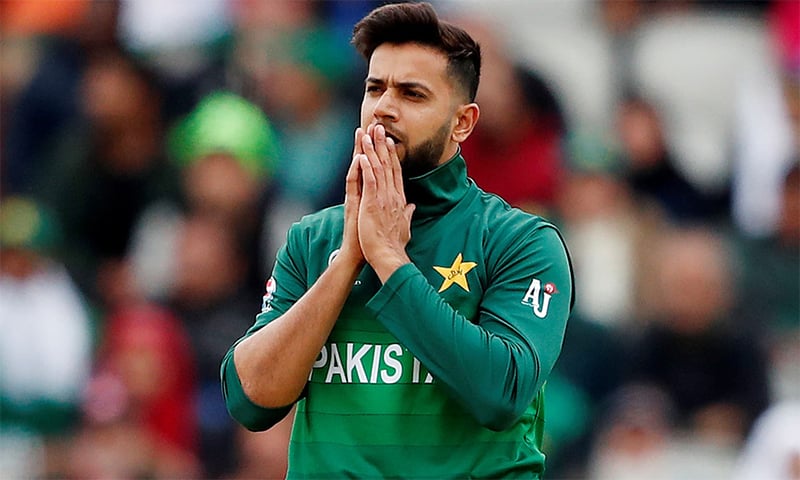 Pakistan cricket chief selector Muhammad Wasim announced three squads for T20I, ODI and Test series on Friday and there were some surprise inclusions and exclusions in them.

Since his arrival as the chief selector, Wasim has made some bold decisions regarding player selection and his focus has mainly been on domestic performers, who he believes deserve a chance in the national squads.

Some youngsters were promised debuts, some veterans made comebacks, while a few others were axed on the basis of performances in the recent past, most prominent being the recently stopped-in-the-middle HBL PSL6.

One of the most obvious selection was that of Shahnawaz Dhani in the Test squad, as the pacer is showing a hot run of form, recently in HBL PSL6 for Multan Sultans and before that in the Quaid-e-Azam trophy.

Dhani bagged nine wickets in the four matches he played for Multan in the HBL PSL6 and also had a successful season with Sindh in Pakistan’s premier first-class tournament.

There was no prize for guessing that he was one bowler who would surely be picked in the Test squad when Pakistan face in the two-Test series.

Many believed that Muhammad Hafeez’s career was at an end, and many others believed that he was too old to ever make it into the T20I side, however, he proved them all wrong.

All thanks to some golf and a few alterations in his technique, Hafeez is now Pakistan’s best batsman in the T20 format, with his clean-hitting ability unmatched at the moment, even by the likes of Babar Azam.

He was dropped for the matches against South Africa and many feared that he was being axed for non-cricketing reasons. But he is back in the national T20 fray and Pakistan will be hoping he continues hitting everything out of the park, starting from the tour of South Africa and Zimbabwe and at least till the end of the T20 World Cup.

Sarfaraz Ahmed was removed from captaincy in all formats after being given the reason that he is out of form. However, since then, he has been continuously asked to warm the bench and is taken on nearly every tour as a replacement for Muhammad Rizwan.

The frustration caused by such neglect and spending more than usual time in the dressing room, without nearly no games to play in, was quite evident when Sarfaraz was captining Quetta Gladiators this year.

Sarfaraz-lovers still believe he is better than Rizwan behind the wickets and with the willow, but the latter has now proven on more than one occasions that he is not leaving the spot easily.

Rizwan’s blistering form in the HBL PSL6 as opener for Multan was a testament to the fact that Sarfaraz will once again sit on the sides, even after making it into all three formats.

Sharjeel may not have lost enough weight to make Pakistan head coach Misbahul Haq happy, but he was able to lift the weight of expectations and deliver for Karachi Kings as an opener in the HBL PSL6.

His century against Islamabad United and a fighting 67 against Lahore Qalandars helped him enter the T20I squad, all thanks to Wasim.

Will he be able to see some game time with Rizwan and Babar also in form at the opening spot is a question every will be asking. Also, with Misbah asking him to reduce weight and gain a particular fitness level again and again, another question rise of what would the mood be when they come face to face in training.

Imad was the captain of Karachi and has been a mainstay in the limited-overs squads for many years, but Wasim believes Nawaz’s performance against South Africa places him above Imad.

Mohammad Wasim Jr was also a surprise selection as a batsman in limited-overs squads, while the return of Shadab Khan in ODIs and T20Is, was a happy sight for Pakistan cricket fans.

Yasir was omitted due to a knee injury and it will be a great chance for Zahid Mahmood, Nauman Ali and Sajid Khan to shine in Tests for Pakistan. Rhetoric about a resurgent Rizwan Was HBL PSL6 postponement written in the cards? The enigma that is Faheem Ashraf

Was HBL PSL6 postponement written in the cards?