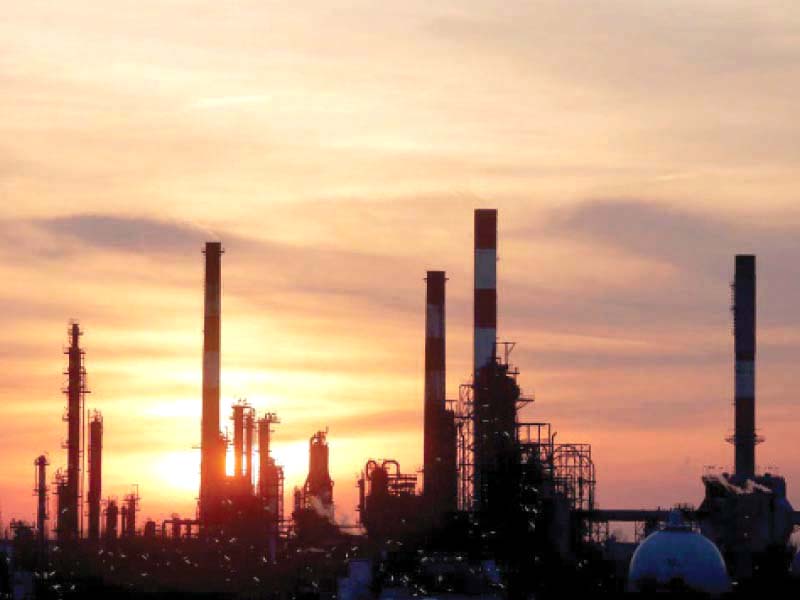 The federal cabinet on Tuesday approved sweeping powers for the central bank in haste to meet a condition of the International Monetary Fund (IMF), but it neither set an explicit inflation target nor ensured accountability.

Price stability will be the core objective of the central bank, but this has not been defined in the State Bank of Pakistan (SBP) Amendment Bill 2021 that the cabinet approved without threadbare discussion on fundamental changes in the SBP law of 1956.

To meet another IMF condition, the federal cabinet approved the State-Owned Enterprises (SOE) Bill to revamp the existing management structures of these enterprises.

The SBP’s sole mandate would be price control and it would independently set monetary policy and exchange rate policy, said Federal Minister for Finance Dr Abdul Hafeez Shaikh, while addressing a press conference on Tuesday.

The central bank is currently responsible for supporting economic growth and stability of the monetary and financial system.

Afzal said that the National Economic Council would set inflation target for the SBP. But this has not been mentioned in the bill.

Sources told The Express Tribune that there was no threadbare discussion in the federal cabinet on the SBP bill. They said that the finance secretary informed the cabinet that introduction of the bill in parliament was a prior action of the IMF.

The secretary was said to have told the cabinet that if the need arose, amendments could be made during the approval process.

But Section 39 of the new bill does not ensure accountability. It says, “The governor shall submit annual report before the parliament regarding the achievement of the bank’s objectives, conduct of monetary policy, state of the economy and the financial system. In addition, the parliament may require any senior official to attend at such additional times as may be required.”

The finance secretary and the finance minister ducked a question as to why the Ministry of Finance accepted all controversial clauses of the SBP law, which it had been opposing tooth and nail till recently.

To a question on whether the SBP governor would be the fifth governor of Pakistan after these sweeping powers, Information Minister Shibli Faraz said that that all these were “valid points and these things will be softened” before approval of the law.

Supporting economic policies has been declared as the “tertiary objective” of the SBP. The National Accountability Bureau (NAB) and the Federal Investigation Agency (FIA) cannot investigate the SBP governor, deputy governors, its executives and board and committee members. Former officials have also been given immunity from NAB and FIA.

This could be because of an ongoing investigation against SBP officers in the alleged non-transparent merger of the defunct KASB Bank.

In future, the federal government cannot make legislation without consulting the SBP. “The bank shall be consulted ex ante on any proposed legislative act related to the Bank,” states Section 46B sub-section 8.

Currently, the Chinese currency swaps, foreign central bank deposits and IMF loans for balance of payments are part of the SBP liabilities, which understate the total public debt of the federal government.

Instead of the federal government, the remuneration, terms and conditions of the service of the governor and deputy governors will be determined by the SBP board.

The governor salary will be determined by keeping in mind the prevalent salaries in the financial sector of Pakistan, which runs into hundreds of millions of rupees in some cases.

According to a new clause, the protection of action taken in good faith and indemnity, “No suit, prosecution or any other legal proceedings including for damages shall be against the banks, board of directors or members, governor, deputy governors”.

The finance minister said that the cabinet also approved the SOEs bill. The State-Owned Enterprise (Governance and Operations) Act 2021 is aimed at improving the management and financial efficiency of SOEs. The proposed law is applicable to all companies and corporate bodies that are owned and controlled by the federal government, including those established under special enactments.

“Notwithstanding anything contained in any other law for the time being in force, the primary objective of a commercial SOE shall be to be a successful business,” according to the bill.

The finance minister said that the SOEs procurements have been exempted from the PPRA rules so that the decision making is fast tracked.

Adviser to the PM on Institutional Reforms and Austerity Dr Ishrat Husain said that the SOEs losses were further cut to Rs123 billion in the last fiscal year. He said that the performance contracts will be signed and governance and management of the SOEs will be separated.

Husain said that 51 SOEs were in profits, one was at breakeven and 33 were in losses. To a question, he said that 44 public sector enterprises will be privatised in three phase.

“The federal government shall not require a commercial SOE to undertake public service obligation, which deviates from the primary objective except as specified in Schedule II of this Act,” according to the bill.

The board of every SOE shall, prior to the commencement of each financial year, adopt a business plan in respect of the following three years, which shall contain information about operations, strategic direction, and financial and non-financial performance measures of the SOE.

In order to appoint board members, a nomination committee has been proposed that will be headed by the minister in-charge and its members will be the secretary of the division, the finance secretary or his nominee, and two private sector specialists having 20 years of experience.

Through this proposed section, the government has eliminated the role of the federal cabinet in making appointments on boards of SOEs.

A majority of the SOEs board members will be independent directors.

The positions of chairman of the board and CEO of the company will be separate. The power to appoint the CEO has been proposed to be granted to the board.