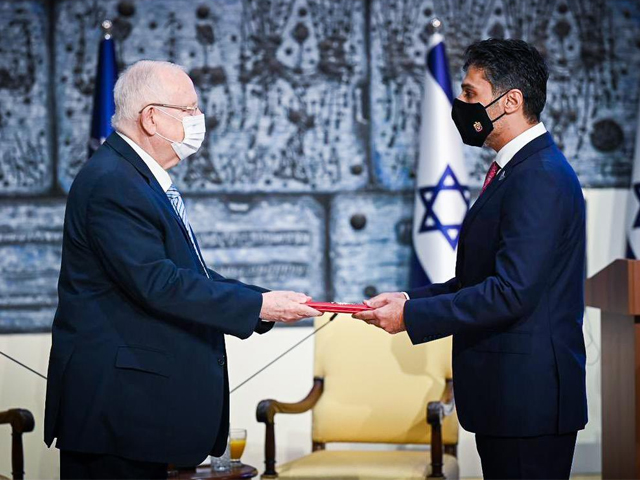 The UAE was the first country to agree to establish full diplomatic relations with the Jewish state under the Abraham Accords, a pact brokered by former US president Donald Trump.

The agreement made the UAE only the third majority Arab country to form official ties with Israel, following Egypt in 1979 and Jordan in 1994.

Bahrain, Morocco and Sudan have subsequently joined the Abraham Accords.

The agreements broke with longstanding Arab consensus that there should be no normalisation with Israel until it reaches a comprehensive peace deal with the Palestinians.

Earlier ON Monday, Khaja met Foreign Minister Gabi Ashkenazi in Jerusalem, who wished him "success" in his "historic mission".

Noting the historic nature of his appointment, Khaja said that he was "very proud and honoured to be the first Emirati ambassador to the State of Israel".

"My mission here is to foster and develop this relationship," he added. "We hope this will bring peace and prosperity to the people of the Middle East."

Today, I had the honor of presenting my credentials to HE Reuven Rivlin, President of Israel, as the first UAE Ambassador to the State of Israel. I look forward to representing my beloved country and working to strengthen cooperation and relations between our two countries. pic.twitter.com/smZ1SqXfar

Israel and the UAE have already signed treaties on direct flights and visa-free travel, along with accords on investment protection, science and technology.