A man threw acid on his wife on suspic­ion of her having an affair in a bid to 'preser­ve' his 'honour'.
By PPI
Published: June 22, 2010
Tweet Email 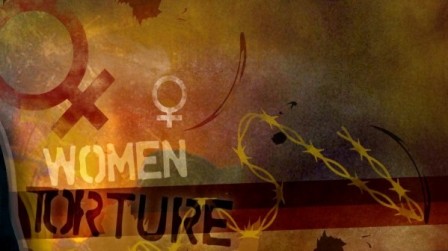 Irshad was arrested with the help of NGO Madadgaar.

A man threw acid on his wife on suspicion of her having an affair in a bid to ‘preserve’ his ‘honour’.

Irshad, son of Mushtaq, was arrested by the Shah Faisal police with the help of a non-governmental organisation, Madadgaar, after an FIR (363/2010) was lodged against him.

Sultana, 35, married Irshad out of her own will. After their marriage, Irshad started suspecting her of having an affair and remained suspicious even after they had five children.

On May 27 this year, he threw acid on her face while she was sleeping. She received severe burns and was rushed to the Burns Centre at Civil Hospital, Karachi, by her in-laws, who threatened to harm her children if she told anyone who the culprit was.

During the acid attack, Sultana’s younger children were also injured.

On June 18, Madadgaar, the helpline for women and children, made a routine visit to the Burns Centre, where Sultana narrated her ordeal to their field officer, Bushra Syed.

Sultana said that she wanted to see her husband behind bars but she was afraid to record any statement as her husband and his family continued to threaten her.

Irshad told the police that his wife was not of good character and he threw acid to show his ghairat. Sultana is presently under treatment at the Burns Centre but she has lost an eye permanently from the acid attack.