A global digital tax would target US internet giants such as Amazon, Facebook and Google 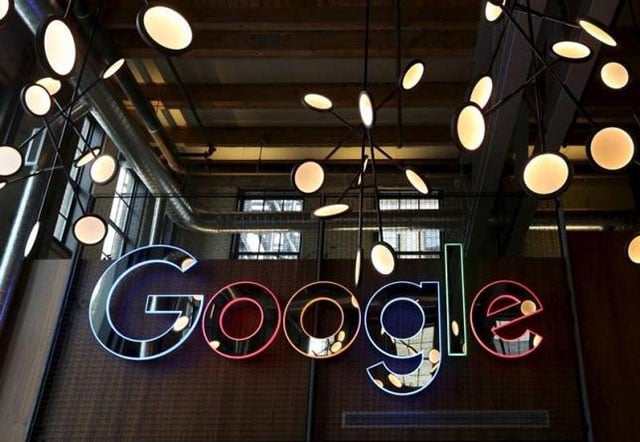 The G-20 looked closer to an agreement on Friday on a global digital tax after a change of heart from the United States removed a key stumbling block in the discussions.

Under the previous President Donald Trump, the US had insisted on a so-called safe harbour clause that would have effectively allowed big tech companies to comply voluntarily with a digital tax, blocking progress on a deal.

But in a videoconference with G-20 colleagues, new US Treasury Secretary Janet Yellen said her country "will engage robustly" in the talks and "is no longer advocating for 'safe harbour'...," a Treasury official told AFP.

A global digital tax would target US internet giants such as Amazon, Facebook and Google, which have long been accused of exploiting loopholes to minimise their tax bills.

Negotiations on the issue, held under the auspices of the Organisation for Economic Cooperation and Development (OECD), have been deadlocked, with the United States and European Union on opposing sides of the argument.

Dr Yellen's announcement suggests that a deal by mid-2021, as pledged by a G-20 summit in Saudi Arabia last year, is now possible, the French and German finance ministers both said.

Italian Economy Minister Daniele Franco - whose country holds the G-20 presidency - said a deal could "hopefully" be struck at a July 9-10 meeting of G-20 finance ministers and central bank chiefs in Venice.

Friday's video conference had a broader purpose of aligning G-20 countries' plans to relaunch their economies after the coronavirus pandemic and to limit the harm to the worst-off nations shut out of the race for vaccines.

"Without access to vaccines, low-income countries, in particular, will experience the further tragic loss of life and needlessly delay their economic recoveries," Dr Yellen wrote in an open letter to her G-20 finance counterparts.

Several G-20 countries have already suggested the move after the financial instruments - which can be exchanged for US dollars, euros, Chinese renminbi, Japanese yen or British pounds - proved their worth as crisis firefighting tools in 2009.

But Italy's Franco said there was no substantive progress on this front. He also signalled there was no decision on a further extension of a moratorium on debt interest payments for the poorest countries, currently set to expire on June 30.

According to World Bank President David Malpass, the moratorium has so far been less effective than hoped, because the private sector and the China Development Bank have not come on board.

So far just 46 of the 73 eligible countries have delayed debt interest payments worth a total of US$5.7 billion.

The debt question concerns minuscule amounts compared with the US$14 trillion mobilised by G20 countries to reboot their own pandemic-hit economies.

The recovery "from the worst recession since World War II" will be "long and uncertain", IMF chief Kristalina Georgieva warned in an interview with Italy's La Stampa newspaper.

"The prospects for recovery are diverging dangerously across countries", against the backdrop of "a slow rollout of vaccines even as new mutations are spreading", she said.

"So, my deepest concern is that the Great Lockdown of 2020 could morph into a Great Divergence in 2021 and beyond," Georgieva added.

The IMF has forecast a 5.5 per cent rebound in worldwide GDP this year, followed by 4.2 per cent growth in 2022.

The G-20 gathering also covered international finance issues, because even though markets have proved resilient through the health crisis, borrowing costs have risen sharply since early February.

The European Central Bank (ECB), however, issued a reassuring message Friday, as its executive board member Isabel Schnabel said it could broaden its support for the economy in case of a sharp rise in interest rates.