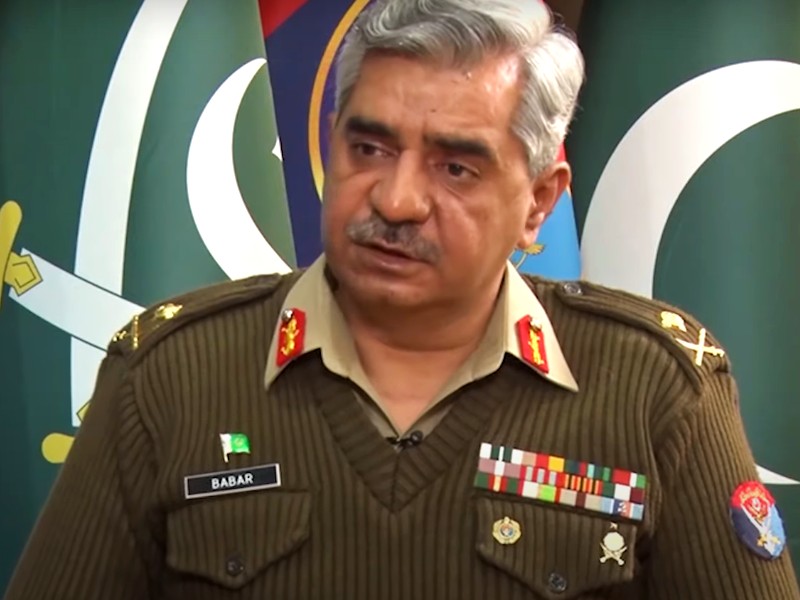 The chief military spokesperson of Pakistan on Wednesday said that action has already been taken against the army officials who were responsible for the escape of former Tehreek-e-Taliban Pakistan (TTP) spokesman Ehsanullah Ehsan from their custody.

Inter-Services Public Relations (ISPR) Director General Major General Babar Iftikhar, while speaking to foreign journalists at the ISPR office, said that the escape of Ehsan was a "very serious matter" and after a thorough investigation, action was taken against the responsible army officers.

"Efforts are underway to re-arrest him [Ehsanullah Ehsan], but at the moment we are not aware of his whereabouts," he said.

In February of 2020, it was revealed that Ehsan escaped from the custody of security forces during an operation against terrorists conducted on the basis of information gleaned from him.

Ehsan had turned himself in to intelligence agencies on February 5, 2017 and remained in custody ever since.

The ISPR DG spoke to representatives of foreign news outlets in Pakistan on a variety of national and regional issues, including Afghanistan peace talks, extremism in the former tribal areas and relations with archrivals India.

Commenting on recent threatening messages from the absconding militant commander to the youngest Nobel Prize Laureate, Malala Yousufzai on Twitter, Maj-Gen Babar said that as per the information available to him the account from which the threats were hurled was a fake one.

Ehsan has long been associated with TTP and during this time he claimed responsibility for several extremist attacks in the country, including the one on Malala.

The military spokesperson also updated about the progress of the commission formed over the issue of missing persons, saying that 4,000 out of the 6,000 cases have been resolved and further progress in this regard is expected soon.

General Babar maintained that the longstanding issue of missing persons has been resolved at a time when the families belonging to Balochistan’s missing persons recently ended their days-long sit-in in Islamabad.

The sit-in was called off after Human Rights Minister Shireen Mazari assured them that Prime Minister Imran Khan would meet the families of the missing persons and try to resolve their issues by next month.

The chief of military’s media wing said that a few suspects have been taken into custody over the killings of 11 miners belonging to the Hazara community in Ketch area of Balochistan. However, he didn't provide further details, saying these were "very significant" arrests.

Maj-Gen Babar said that the organised terrorist outfits had been disbanded in Waziristan and other areas a long time ago and now they do not have the capability to launch a major offensive in the area. However, he added, that a few incidents of violence have been reported recently.

The ISPR DG said that Pakistan's law enforcement agencies have launched operations against a few remnants of terrorist outfits and added that such actions whenever taken face some form of backlash from the terrorists as well.

General Babar said that the recent attack on women aid workers was also such incident.

"Now there is no organised militant outfit in the area (Waziristan). Few individuals are however active under various names but they too will be eliminated soon," he maintained.

Gen Babar reiterated that India is supporting militants in Pakistan through Afghanistan. "We have evidence that India is not only providing arms and funds to such extremist organisations but also introducing them to new technologies so their capabilities are enhanced. Afghan intelligence is also aware of this," he added.

In response to a question, the military spokesman said: "It is not far-fetched that this operation is in the knowledge of Afghan intelligence." 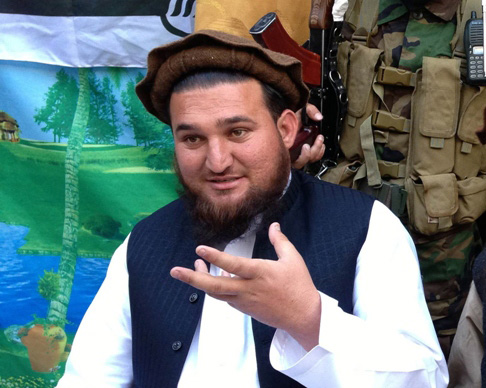 In February last year, the then interior minister, Ijaz Shah had confirmed the escape of the former TTP spokesman from the custody of Pakistan’s security agencies but stressed that the government was doing “a lot” on this matter.

Shah’s statement, during an informal media talk outside the Parliament House, was the first time the government had officially acknowledged the escape of Ehsan. “The news is true, it’s true,” Shah told reporters, adding that the “state is aware”.

The news of Ehsan’s escape came more than 10 days prior to Shah’s confirmation, when netizens set off a storm of speculation about a purported audio clip of him, initially posted on Facebook and then shared on other social networking sites in which he claims to have fled the custody.

Major General Babar Iftikhar spoke in great detail on the peace process and troop withdrawal in Afghanistan. The gist of his talk was that Pakistan wants peace in Afghanistan at all costs and has done what it could in this regard.

The chief military spokesman said that what will be the future of Afghanistan, how the talks will move forward and which side to do, all these are the tasks of the citizens of Afghanistan and the government.

"We have only one goal and that is to establish lasting peace in Afghanistan."

He stressed that care must be taken to ensure that no vacuum is created in Afghanistan following the international troops withdrawal.

When asked about the subsequent return of Taliban following the troop’s withdrawal, Gen Babar said the structure of Afghanistan’s state has changed. “It is not possible for the Taliban to retake Kabul and for Pakistan to support them. That will never happen.”