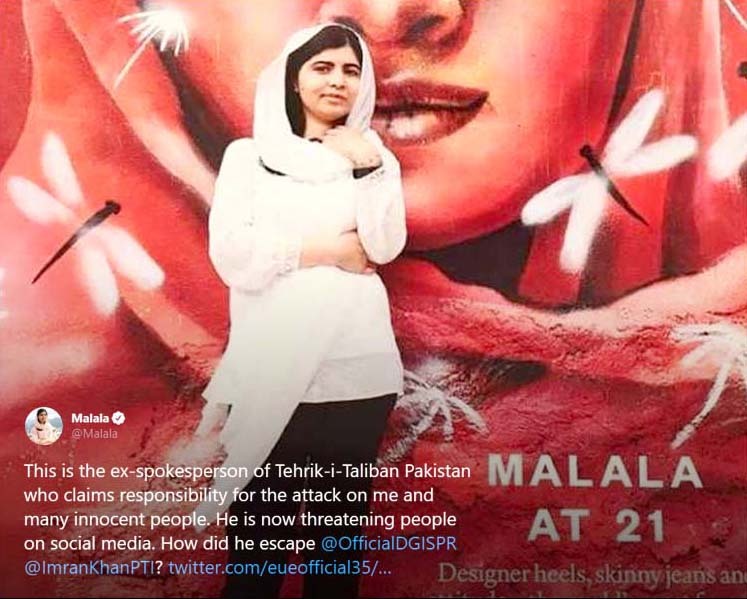 Malala Yousafzai, the Pakistani who became the youngest Nobel Prize Laureate at 17, is a polarising figure in her homeland, with a certain faction applauding her many accomplishments on the world stage while others remain mistrustful of her fame.

In 2012, Yousafzai took a bullet in the face after a Taliban gunman opened fire on her as she was on her way back from her school in Swat, for raising her voice for girls’ education.

Ehsan, who was serving as the mouthpiece of the banned outfit’s operations in Pakistan at the time, claimed responsibility for the attack.

“Come back to your original home in Swat, we have special unfinished business with you [Malala] and your father. We will end what we had started this time around,” the user of the micro-blogging site threatened.

“This is the ex-spokesperson of Tehreek-e-Taliban Pakistan who claims responsibility for the attack on me and many innocent people. He is now threatening people on social media. How did he escape Prime Minister Imran Khan and Inter-Services Public Relations Director General Major Gen Babar Iftikhar?” the 23-year-old responded.

This is the ex-spokesperson of Tehrik-i-Taliban Pakistan who claims responsibility for the attack on me and many innocent people. He is now threatening people on social media. How did he escape @OfficialDGISPR @ImranKhanPTI? https://t.co/1RDdZaxprs

In February of 2020, it was revealed that Ehsan escaped from the custody of security forces during an operation against terrorists conducted on the basis of information gleaned from him.

Ehsan had turned himself in to intelligence agencies on February 5, 2017 – and remained in custody even since.

Despite her response going viral, netizens trolled her for paying heed to the threat from the fake account.

“The account has 400 followers anyone who knows how Twitter work would be able to see that,” journalist Mehr Tarar wrote.

A fake account with 429 followers, Malala. Anyone who is familiar w/ Twitter can see that. Someone as wise as you should not respond to a troll's vile threats. All of us who speak up get death threats from trolls. Your tweet has made this account visible but it's still a troll. https://t.co/Tu4mTlmOI5 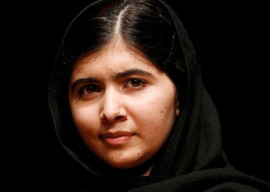 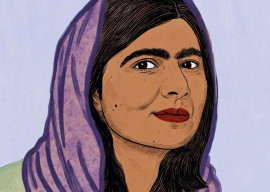