Neymar walks off during PSG Cup win after being fouled

French club will be worried, with their UCL last-16 first leg against Barcelona at the Camp Nou 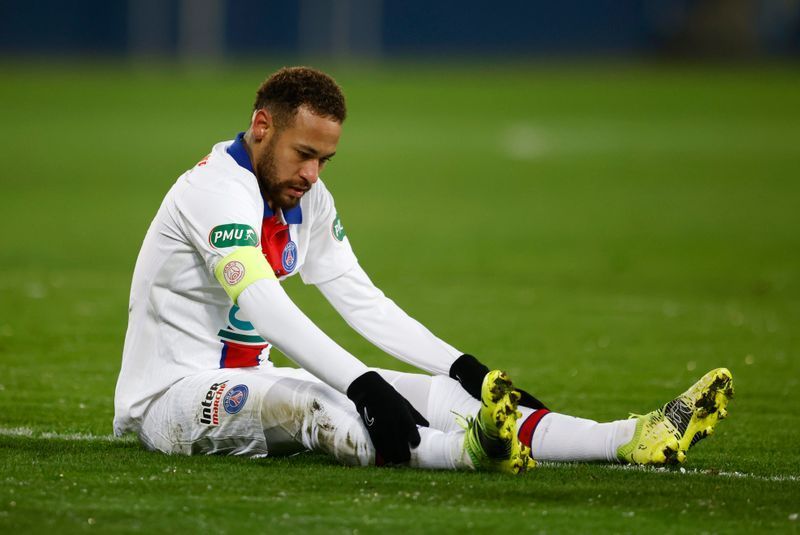 Neymar walked off the pitch without waiting to be substituted after being on the receiving end of a series of fouls during Paris Saint-Germain's 1-0 French Cup win at second-tier Caen on Wednesday.

The Brazil attacker, captaining PSG with Marquinhos and Presnel Kimpembe absent, was fouled twice in the space of three minutes.

He was visibly upset after the second foul, by Steeve Yago, exchanging words with the Caen player.

As the game resumed, Neymar continued to complain before walking down the tunnel to the dressing room in the 57th minute.

The world's most expensive player was replaced three minutes later by Kylian Mbappe.

Neymar, although appearing to be moving quite comfortable, was grimacing while holding his thigh.

Nevertheless, PSG will be worried, with their Champions League last-16 first leg against Barcelona at the Camp Nou on Tuesday.

But coach Mauricio Pochettino defended his decision to name a strong starting XI which included Neymar despite the forward only featuring as a substitute against Marseille on Sunday due to a stomach problem.

"Every game is important. I believe that PSG must win every game," said the Argentinian, who took over from the sacked Thomas Tuchel last month.

"If we had lost, you would have criticised me for not having given importance to the French Cup. We make the decisions, we analyse, we try to find the best team."

The holders did enough to win despite finishing the game without their stand-in skipper, as Moise Kean's 49th-minute goal, assisted by Neymar, proved to be the winner.

PSG were never in serious trouble as they moved into the last 32.

Argentina striker Dario Benedetto, with his just his fifth goal in 29 games this season, and Ahmadou Dieng found the net for Marseille.

"Qualification is welcome in the period that we are going through, we are in a tough place," said stand-in coach Nasser Larguet.

"There was not a great quality of play, but on the other hand, there was great team spirit, lots of energy, we saw the boys put in maximum effort.

"And then the satisfaction of seeing Dario Benedetto score his goal, it had been a while. The players remained united until the end."

Marseille had blown a two-goal lead to draw with Lens and lost 2-0 to arch-rivals Paris Saint-Germain since Villas-Boas was suspended following comments made after a defeat by Monaco.

The principality side also booked their spot in the last 32, as Stevan Jovetic scored in a 1-0 win at Grenoble.

Ligue 1 leaders Lille reached the next round as 19-year-old Guinean midfielder Aguibou Camara's early goal secured a 1-0 victory over Dijon.

Lille, who have not even reached the Cup semi-finals since winning the double in 2010-11, sit two points clear of Lyon at the summit of the top-flight table.

News of the sacking of Nantes coach Raymond Domenech emerged during the Canaries' 4-2 loss to Lens, with the former France boss missing the game after a positive Covid-19 test. 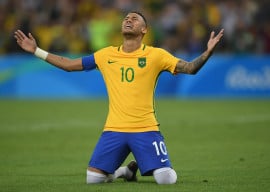 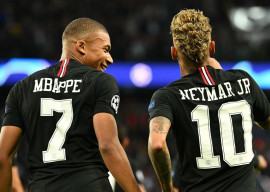 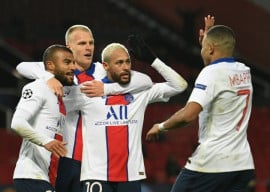 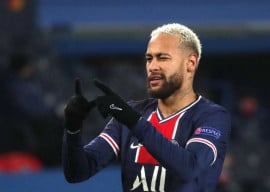 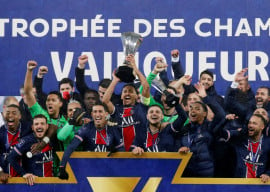