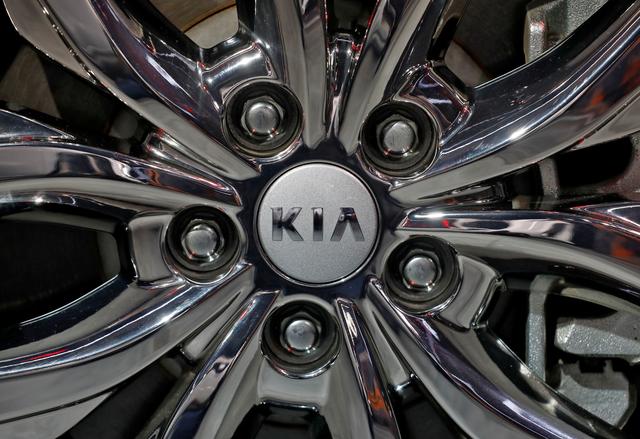 The logo of Kia Motors is seen on a wheel of its Carnival car at the India Auto Expo 2020 in Greater Noida, India, February 5, 2020. PHOTO: REUTERS

South Korea’s Hyundai Motor Co said on Monday it is not now in talks with Apple on autonomous electric cars, just a month after it confirmed early-stage talks with the tech giant, sending the automaker’s shares skidding.

Wiping $2.4 billion off its market value, Hyundai stock slumped 4.3% by 0428 GMT. Shares in its affiliate Kia Corp, which had been tipped in local media reports as the likely operational partner for Apple, tumbled 12.8% - a $4.7 billion hit.

The announcement brings the curtain down on weeks of internal divisions at Hyundai Motor Co Group - parent to both automakers - about the potential tie-up, with some executives raising concerns about becoming a contract manufacturer for the US tech giant in a tie-up reminiscent of electronics firm Foxconn’s role in making device for Apple like the iPhone.

“We are receiving requests for cooperation in the joint development of autonomous electric vehicles from various companies, but they are at an early stage and nothing has been decided,” the automakers said on Monday, in compliance with stock market rules requiring regular updates to investors regarding market rumors.

“We are not having talks with Apple on developing autonomous vehicles.”

General Motors sets 2035 goal for eliminating emissions from most cars

Kia shares had jumped 61% since Hyundai initially confirmed a local media report early in January that Apple and Hyundai were in discussions to develop self-driving electric vehicles by 2027 and develop batteries at US factories operated by either Hyundai or Kia.

“Apple and Hyundai are in discussion, but as it is at an early stage, nothing has been decided,” Hyundai said, before releasing subsequent statements that removed all mentions of Apple but said Hyundai was receiving electric car cooperation requests from parties it didn’t identify.

As recently as last week, media outlets including CNBC reported that a deal was close to being finalised. One South Korean report said the two companies were set to sign the deal on February 17.

Hyundai is traditionally known for its reluctance to work with outsiders, making engines, transmissions, and even its own steel in-house in a vertically integrated supply chain as South Korea’s second-largest conglomerate.

Although shares in Kia and Hyundai had surged on news of the talks, internal opposition to becoming an Apple contract manufacturer was considerable, according to people familiar with the matter.

“We are agonising over how to do it, whether it is good to do it or not,” a Hyundai executive aware of internal discussions on the tie-up told Reuters in January. “We are not a company which manufactures cars for others,” he said, speaking on condition of anonymity.

Apple and Hyundai first started talks over a car partnership in 2018, another person familiar with the matter previously told Reuters. But progress was hampered by the South Korean automaker’s reticence on working with outsiders, the person said.

Reuters reported in December that Apple was moving forward with autonomous car technology and aimed to produce a passenger vehicle that could include its own breakthrough battery technology as early as 2024.

Apple, known to keep product plans under tight wraps, has never acknowledged talks with the automaker about building vehicles and wasn’t immediately available for comment outside business hours in the United States.

Analysts said talks might have collapsed over leaks of the partnership plan to media, or over possible insistence by Apple that Hyundai’s role in any tie-up would be that of an equipment manufacturer, rather than a strategic partner.

“With numerous news reports over discussions between the two companies, which should have been held to non-disclosure agreements, it would have been uncomfortable,” said Kwon Soon-woo, an analyst at SK Securities.

Kevin Yoo, an analyst at eBEST Investment & Securities, said, “It seems clear that Hyundai Motor Group has not been too happy with dealing with Apple ... They made it clear that they do not want to be treated just as Apple’s supplier or manufacturer.” Apple to invest $3.6 billion in Kia Motors to build an Apple Car 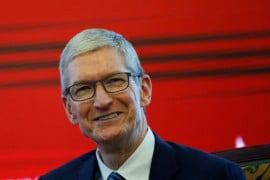