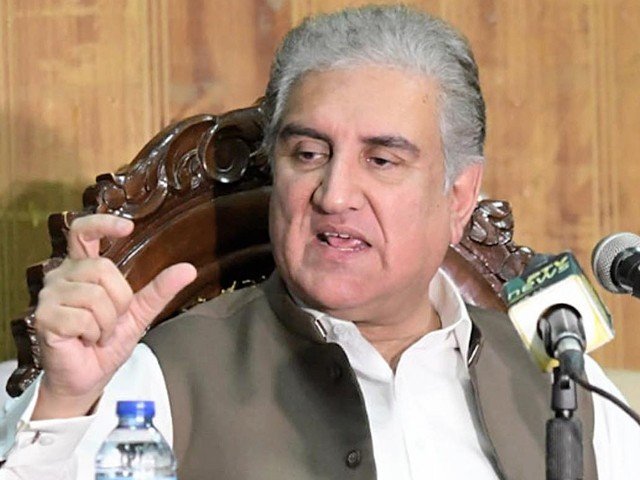 In his letters, the foreign minister brought the UNSC's attention toward the dire human rights situation in Indian Illegally Occupied Jammu and Kashmir (IIOJK) and also apprised it of the anti-Pakistan measures taken by India.

“Unilateral action by the Indian government in occupied Kashmir is a violation of UN resolutions and the Geneva Conventions,” FM Qureshi stated in his letter.

He added, “India wants to change the population ratio in occupied Kashmir through fraudulent elections.”

According to FO Spokesperson Zahid Hafeez Chaudhri, the foreign minister also mentioned the dossier on Indian state terrorism against Pakistan in addition to the anti-Pakistan propaganda uncovered by the EU DisinfoLab.

Among the seven demands put forth by the foreign minister to the UN Security Council included India immediately ending the illegal blockade and unilateral measures taken by it in occupied Kashmir; lifting all restriction on public gatherings and communication systems.

The foreign minister further called for releasing the occupied valley’s leadership immediately, along with all illegally arrested Kashmiris.

He further demanded that the new domicile law should be repealed and the one issued be frozen, whereas black laws such as extrajudicial killings in fake raids were also demanded to be abolished.

Lastly, the foreign minister called upon UN observers and other human rights organisations to be given access to occupied Kashmir.

Also read: Stark warning: ‘Kashmir is on the brink of genocide’

The top diplomat on Thursday said Kashmir was a state issue and was not limited to a political party or government even though each country had economic and trade interests.

“P5 [the permanent members of United Nations Security Council] understand the position of Pakistan taken on the Kashmir issue and Kashmiris should not lose hope as the entire nation stands by the oppressed people of India Occupied Jammu and Kashmir,” said the minister on Thursday in an exclusive interview to The Express Tribune.