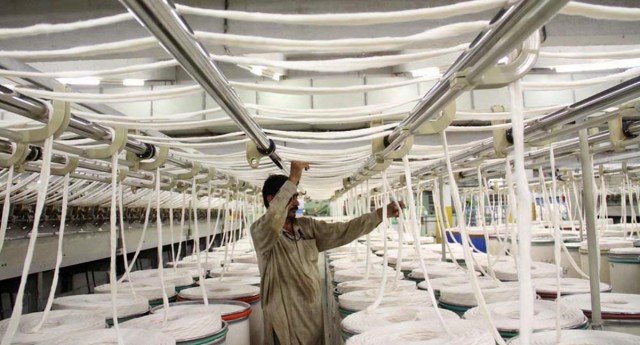 Pakistan’s textile sector - which alone attracts around 60% of the total export earnings - reports that they have started losing international buyers’ orders to regional competitors and their new investment and expansion plans have gotten jeopardised in the wake of government’s decision to cut gas supplies for power production to their individual units.

The government has offered them an alternate; to get electricity from the national grid system, as the country is facing acute gas shortage but has power production capacity in surplus. The industrialists, however, do not trust the fragile power distribution system. Besides, power from the national grid stands over 85% expensive compared to own production using gas-fired power generators better known as captive power plants (CPPs).

“(Textile) exporters have started receiving emails from international buyers for cancellation of their buying orders (in the wake of the disconnection of gas supplies),” Pakistan Apparel Forum (APF) Chairman Jawed Bilwani said in a brief statement on Tuesday.

All Pakistan Textile Mills Association (Aptma) said, “The CCOE’s (Cabinet Committee on Energy) decision of moratorium on gas/RLNG supply to captive power plants (CPPs) of the export-oriented sector will result in massively regressing the export sector outlook and put a break to any future expansion or investment.”

“Given the past performance and frequent breakdown, the industry does not have faith that the power sector will be able to deliver on a sustained, stable and competitive basis.”

The production from captive power plants costs seven cents per unit (kWh) compared to 13 cents from the national grid. Accordingly, the supplies from the grid stand over 85% expensive than CPP, it compared.

“The previous decision of CCOE to reduce the price of power to 7.5 cents to encourage mills to shift to the grid was not implemented, and the decision to impose a gas supply moratorium for captive power of EOUs (export-oriented units) will result in an increase of over 10% in the costs of export orders,” Aptma said in a statement. Industrialists belonging to different trade bodies assembled at the apex trade body Federation of Pakistan Chambers of Commerce & Industry (FPCCI) the other day and formed alliance against the gas supplies disconnect.

“The government should withdraw the gas for captive power plants in a phased manner and not abruptly,” Pak-Kuwait Investment Company (PKIC) Head of Research Samiullah Tariq said on his Twitter handle while analysing the changing situations.

Secondly, the government should ensure that distribution companies provide connection to industries. Thirdly, the price of power from the grid should be approximately 7-8 cents per unit, he said.

This would be a win-win situation for both parties. Pakistan has a shortage of gas and has excess electricity. Electricity is the fuel of the future, no doubt about it. Renewable electricity makes it much even more lucrative, he said.

There are around 1,200 captive power plants installed at individual industrial units, which consumes 400 million standard cubic feet per day of gas (mmscfd), it was learnt.

Aptma said, “Mills have started receiving calls from banks to verify how they will fulfil the (international buyers) orders based on gas/RLNG supply and pay back of refinance facilities is being demanded. New financing facilities for investment and refinance have been abruptly put-on hold by the financing institutions.”

A very significant number of mills have recently invested mills of rupees in new gas/RLNG generation equipment based on meeting efficiency criteria as espoused by government. “The abrupt and ill-conceived change in policy will bankrupt these companies,” it added.