From factory to faraway village: behind India's mammoth vaccination drive

In his latest episode of Time Out with Ahsan Khan, the actor and host hit the nail on the head with his guests and celebrated actors Ayeza Khan and Danish Taimoor.

The couple opened up about many things, contrary to their low-key presence in the showbiz industry. They spoke about their marriage, how it came to be and their influence in each other’s careers. In particular, Ayeza also discussed the ‘harmful’ impacts of social media in the lives of young and unmarried couples today.

Taking to the coveted couch, Ayeza first disclosed who she is most comfortable working with, admitting that her favourite co-stars are Imran Abbas, Ahsan and of course, Danish. “But then, what about Humayun Saeed and Adnan Siddiqui?” inquired the host. “Of course I enjoyed working with Humayun bhai and Adnan. But I’ve worked so much with you guys that there's this comfort zone. With them, there’s this respect factor. I get scared if I even make a mistake” revealed the Meray Paas Tum Ho star.

Ahsan hereby teased Danish about how he wasn’t her only favourite, to which Ayeza professionally intruded and said, “Yes and that should not be the case. Just because we’re married, I can’t not pay credit where it’s due.”

Danish agreed humbly. But upon being asked about his own favourite female co-stars, he replied, “Whoever’s a good actor. My last serial was Deewangi with Hiba Bukhari and she’s a good actor. I think it’s always a pleasure to work with someone who works at the same pace as I do.”

To this Ahsan inquired how long Ayeza and Danish have been married. “It’s been six years,” both responded. “And you guys were together for six years before this as well, no?” the anchor pinned. “I don’t consider that,” asserted the starlet.

“I only consider the time we’ve spent together after marriage because that is when you really become friends and get to know each other.” Danish also assured his fans that the duo had been friends and lovers since before but chose not to make it public. “I feel you shouldn’t disclose your relationship until you’re married. You can’t publicly own someone before you’ve married them.”

Ahsan noted how it’s easy for couples nowadays to come out in the open with their relationships. “It’s a trend now with the new generation of couples. They upload everything,” he said.

“I don’t think that has anything to do with a generation. It’s because of social media. You become addicted to the attention so you always want to appear interesting. But that’s quite dangerous as well,” Ayeza remarked. “If you’re an unmarried couple, you need to beware that once you’ve posted your personal life online, it’s impossible to erase it.”

The actor further explained how this can haunt one for a long time. “When your kids grow up and search your name online, the things that can pop up… even I’m afraid of that. We need to be the strength of our children, not their weakness. They shouldn’t have to face anything because of us,” claimed the Mehar Posh alum who’s also a mother to two adorable kids.

“I also don’t understand why people run away from marriage these days. They think that if they get married, they’ll get stuck,” claimed Danish, 37. “Let me tell you something: marriage is the most beautiful thing in the world. And once you get married to someone, you naturally start loving them in a way you may have never loved anyone before.” 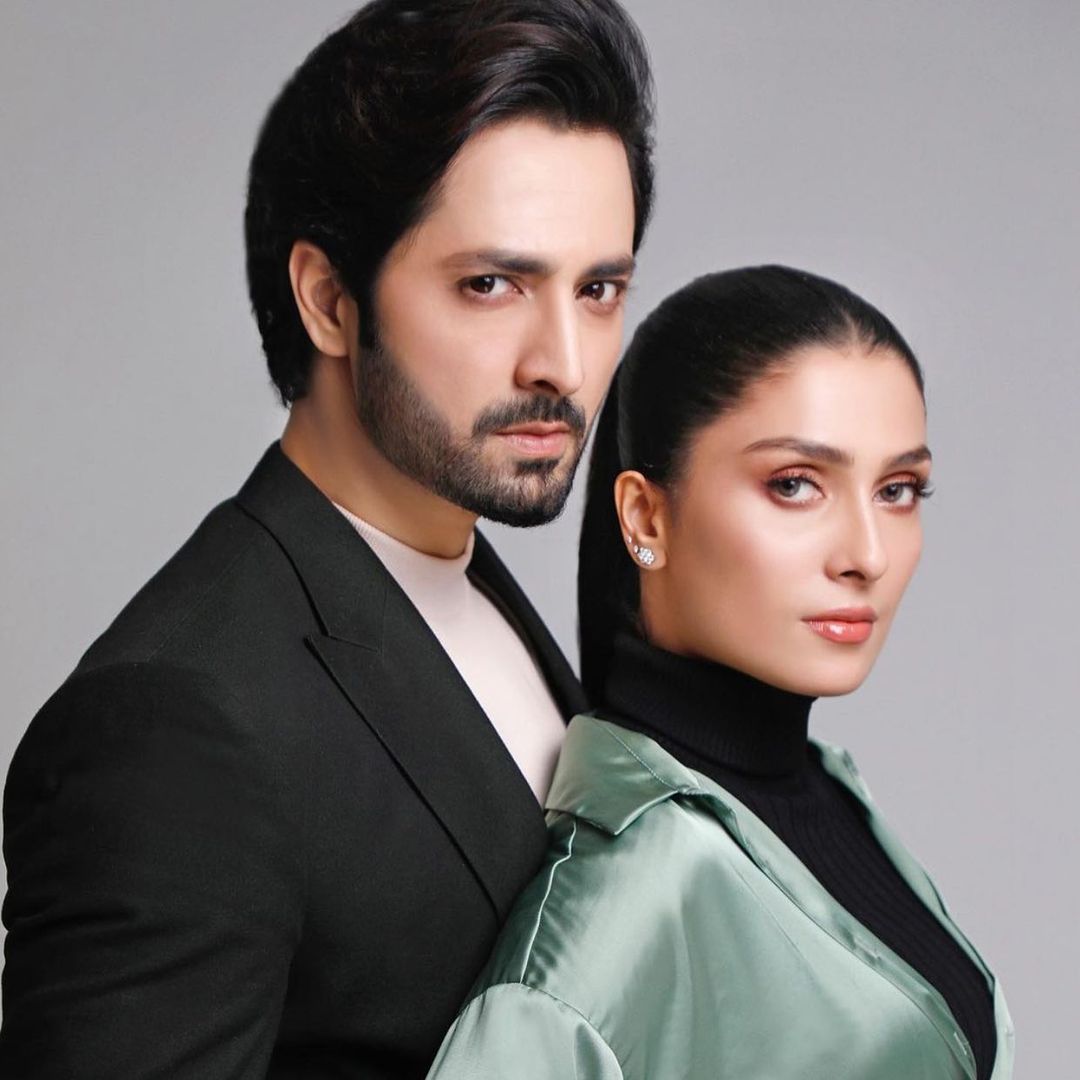 He then confessed that even though he had been with Ayeza for five years before marriage, the moment he actually tied the knot, his feelings multiplied. “I started loving her more than anything and that love comes naturally,” he assured. “So yes, one shouldn’t disclose they’re with someone until they’re married to them,” reinstated the couple.

“At any point, has Ayeza asked you to refuse a project or told you not to work with someone?” asked Ahsan. “No, she’s never said that. I’ve done several projects, including films where I’ve had to do romantic scenes. But she’s never stopped me from pursuing anything.”

Hereby, Ayeza quipped, “I wanted to marry a hero; a man who is desired by several women in the world and I did. Now I don’t care who goes crazy about him. In fact, I enjoy it. I make sure he looks amazing when he walks out of the house.”

“Okay, so Ayeza has a very big heart,” laughed Ahsan. “But men are more possessive. So have you, Danish, ever asked her to refuse a role or project?” Danish responded in a negative. “No, I’ve never refused but we do discuss our characters before taking them on." 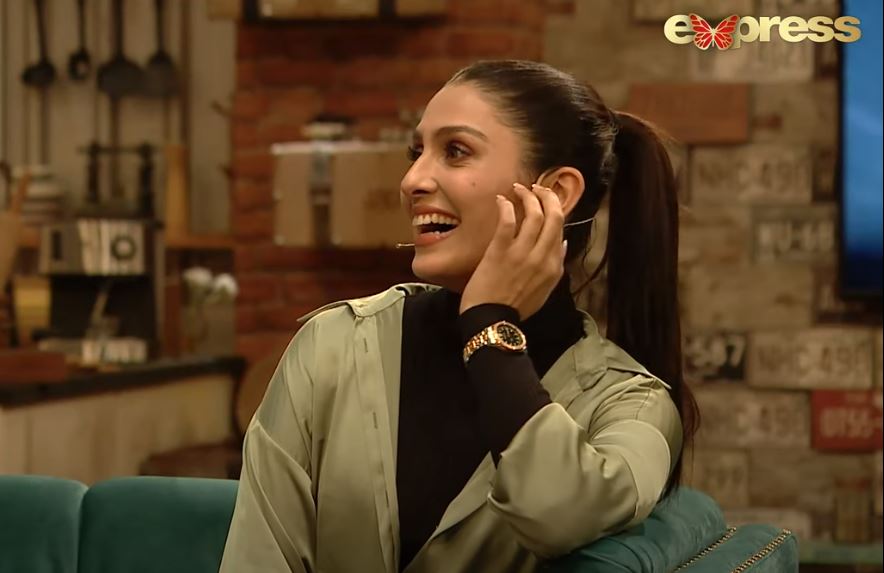 "The discussion never starts with the intention to take the other person’s decision for them but to help them take their decision,” assured the Mehrunisa V Lub U actor.

Ayeza agreed, saying she discusses all her characters with Danish. “It’s not to seek his permission but because he has worked more than I have. He lets me know who I will be comfortable working with and where I won’t be able to adjust. If anything else was an issue, I wouldn’t have done Meray Paas Tum Ho,” she pointed out.

Nice show, All segments are very interesting and the set is very beautiful.

Ayeza is looking so pretty Masha Allah May Allah Bless Both of them.

Donald Blome takes oath as US envoy to Pakistan