Fawad hits back at Zardari, says no chances of 'another turn'

Couple tied the knot in an intimate ceremony held in Alibaug

Bollywood heartthrob Varun Dhawan has finally tied the knot with his fashion designer childhood sweetheart Natasha Dalal on Sunday at The Mansion House Resort in Alibaug, India. According to PTI, the duo got married as per Hindu rituals in the presence of family and close friends. An insider elaborated that the wedding was originally planned for May 2020 but due to Covid-19, got pushed to 2021.

Dhawan and Dalal’s nuptials took place in the early afternoon, at around 12:30 pm, reported Pinkvilla. The bride first arrived at the mandap for her chura and kaleere ceremony. 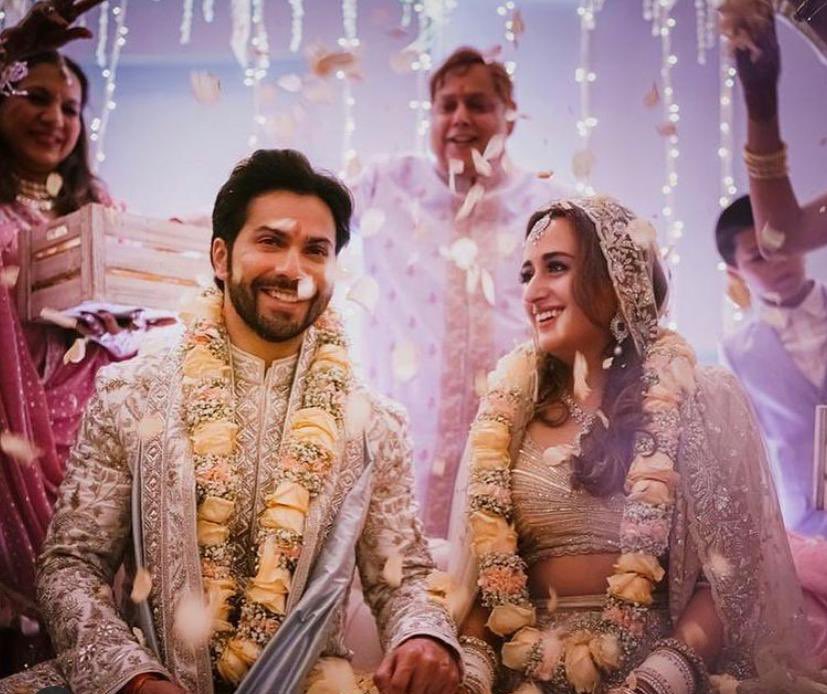 Chura are a set of traditional red bangles that are given to the bride by her maternal uncle. The bride is not allowed to see this ceremony so her eyes are covered while her family members touch the bangles turn by turn to send their blessings. This is followed by the rest of the relatives tying the kaleere to her churas.

The long-time couple first crossed paths while they were in school but started dating much later. They generally avoided talking about the relationship in media during the early years of Dhawan’s career, even though they often got clicked together.

The Coolie No. 1 star made sure the wedding remained a guarded affair. He was joined by select industry insiders like Karan Johar, Manish Malhotra and many others. Those who weren’t invited or couldn’t make it to the event took to social media to congratulate the newlyweds. Married Bollywood stars like Preity Zinta and Neha Dhupia welcomed the actor to the “married” club. 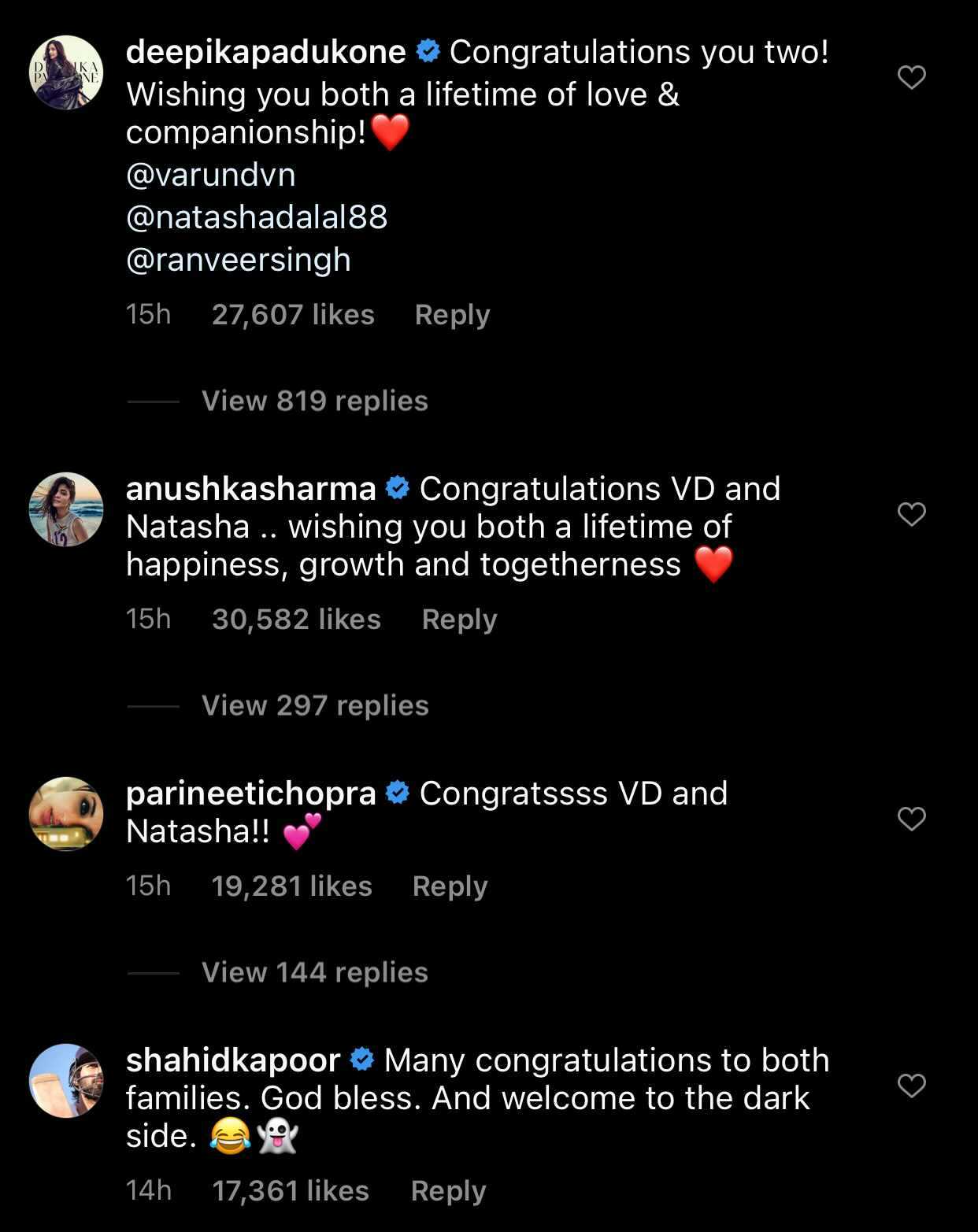 Dhawan’s Sui Dhaaga co-star and new mom Anushka Sharma penned a wish in the comment section following Dhawan’s official wedding announcement. “Congratulations VD and Natasha! Wishing you both a lifetime of happiness, growth and togetherness." Deepika Padukone also congratulated the two, wishing them “a lifetime of love and companionship” while her husband and actor Ranveer Singh added, “Wish you lifelong happiness and joy.”

Dhawan’s co-stars from Judwaa 2 also shared their enthusiasm. Taapsee Pannu commented, “Finally! Congratulations! A big hug to Natasha” while Jacqueline Fernandez followed up with, “So happy for you both! Yay!" Shraddha Kapoor, who worked with him in the ABCD franchise, commented, "Congratulations, Babdu and Nats." 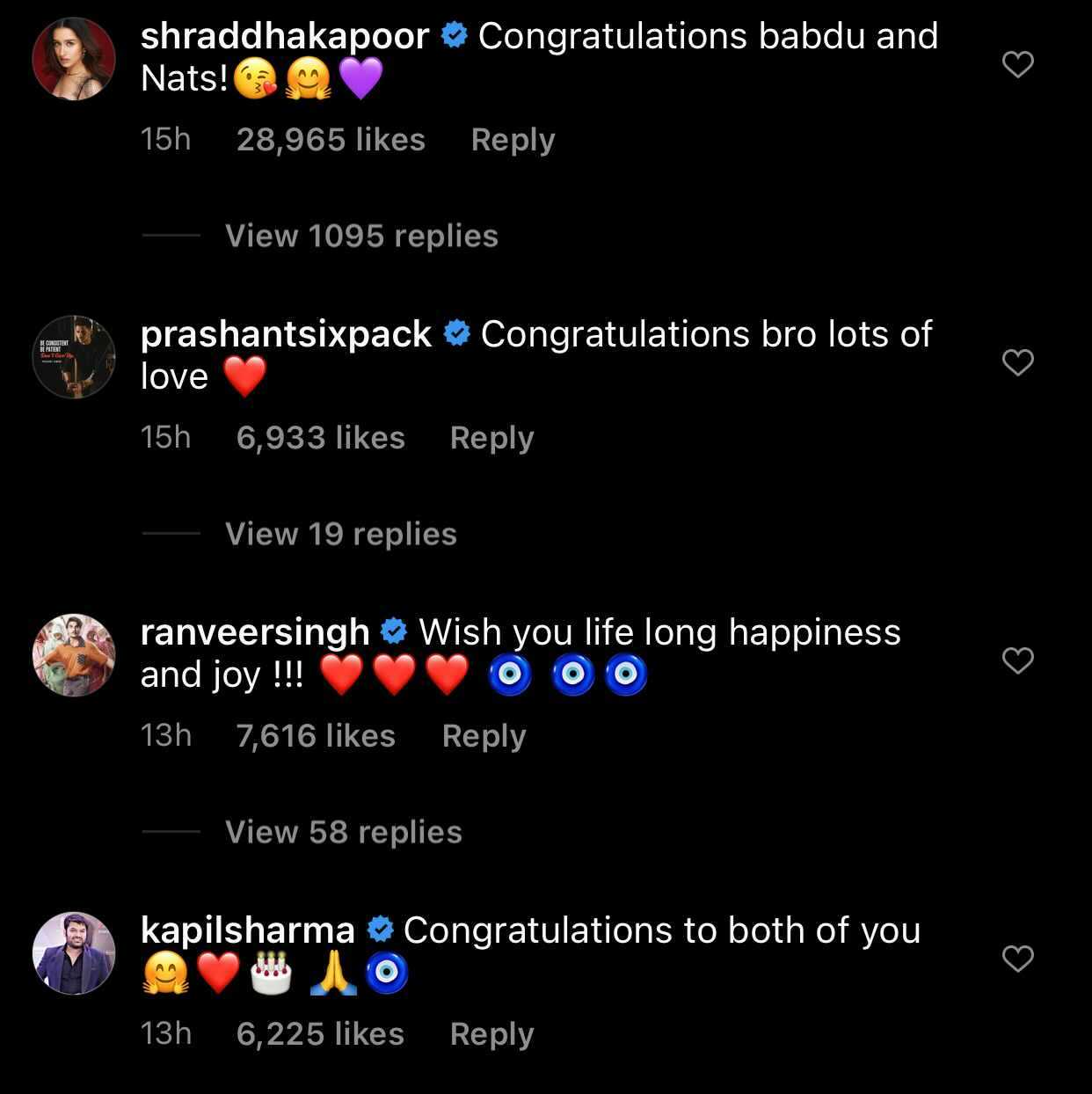 Shahid Kapoor added some wittiness while wishing the star. “Many congratulations to both families. God bless. And welcome to the dark side,” he wrote. Sending well-wishes from New York, Preity Zinta added, "Congratulations and all the very best Varun and Natasha as you both start a new and exciting journey together. Wish you load of love, happiness and togetherness always. Welcome to the Married Club!"

Congratulations and all the very best @Varun_dvn & #Natasha as you both start a new and exciting journey together ❤️❤️ Wish you loads of love, happiness and togetherness always. Welcome to the Married Club 😍 #congratulations #Ting pic.twitter.com/JasiOfjtLu

Kiara Advani, who just recently was seen shooting for her next project alongside Dhawan, blessed him and his bride on her Instagram stories. Mentioning the name of their film, Advani wrote, "Jugg Jugg Jeeyo! Wishing you both a lifetime of happiness and love." Lastly, Priyanka Chopra Jonas said, "Congratulations Varun and Natasha! Wishing you all the love and lifelong happiness."

With you both a sucessful life and lot of luckto you both.

‘Lahore-Sialkot Motorway not built for people who pee’