Pakistan wants to pursue a bilateral relationship with US based on mutual understanding, says PM's aide 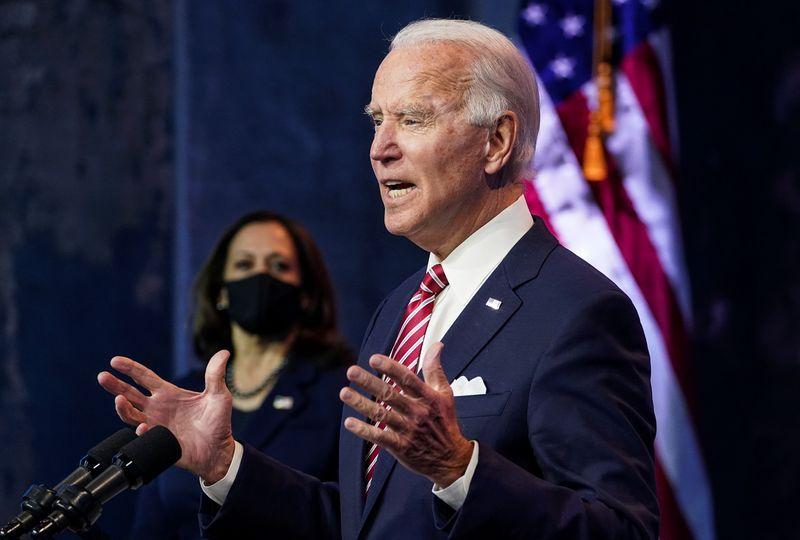 Prime Minister's Special Assistant on National Security Dr Moeed Yusuf has said Pakistan wants to pursue a bilateral relationship with the US that is not hyphenated or clouded by US interests in other regional countries but is based on mutual understanding.

A day after the Biden inauguration, Dr Moeed addressed a gathering of US policymakers at the Washington-based think tank Wilson Centre titled “US-Pakistan Relations in the Biden Era” on Friday.

Laying out a new vision of Pakistan’s engagement with the incoming Biden administration, Dr Yusuf said that the government wants to pursue a bilateral relationship with the US that is not hyphenated or clouded by US interests in other regional countries but is based on mutual understanding.

“In the past, Pakistan was unfortunately seen by Afghanistan prism,” he said while emphasising that the world had undergone immense transformation in the past four years and the new administration should look beyond Obama-era conversation to build a truly bilateral relationship with Pakistan.

He told the participants that now you are dealing with a different Pakistan; a Pakistan which is self-confident and whose formal vision is squarely based on economic security paradigm. “Pakistan is talking about becoming a geo-economic melting pot that is ready to consolidate global positive interest in our territory. We are talking about providing the world with economic-bases, not military-bases,” he said.

Dr Yusuf while elaborating Pakistan’s vision said that "our focus is connectivity and CPEC is an obvious example of it. This is the reason we desire peace and stability in Afghanistan for westward connectivity. Furthermore, we are looking for development partnerships".

He noted that all Western multinational companies in Pakistan earned profits well above their global average, demonstrating that Pakistan remained a lucrative market for foreign companies. “How about having US reprocessing zones? Expanding the ROZs? Having US-China co-investments in regional connectivity?

“Pakistan of today is very different,” the SAPM said, adding, “Terrorism in Pakistan is negligible, we have turned the corner,” he stated.

Read more: Pakistan hopes for revival of ‘high-level’ dialogue with US under Biden

While delving into regional peace, he said that we are dealing with a different India; an India which is intolerant, has serious internal tensions, human rights concerns and is taking unilateral decision, including in Indian Illegally Occupied Jammu and Kashmir (IIOJK).

India is destabilising the region and becoming a liability on anyone dealing with it, including the US, he said.

The PM's aide said that we wish to achieve a peaceful region where international obligations are met by all countries.

He also emphasised that the Biden administration and Pakistan could work closely on important global challenges such as climate change – a priority area for both the Biden administration and Prime Minister Imran Khan’s government. He also emphasised that there are opportunities for Pakistan to work with the US in regional diplomacy in Afghanistan, the Middle East and elsewhere to decrease global tensions and restore the multilateral system.

Finally we have some one in the Foreign Affairs arena with some brains. The US for their convenience and ulterior motives had Pakistan boxed in on a Security Centric Relationship . This was done for the last 25 years and our dumb PPP PML-N govt s went along with it as their Leaders were compromised. Pakistan must deal with the US from a non minion stance engage the US on the Economic Front in Industrialisation.