Imran Khan is the only person who can help Pakistan, says Qasim Khan 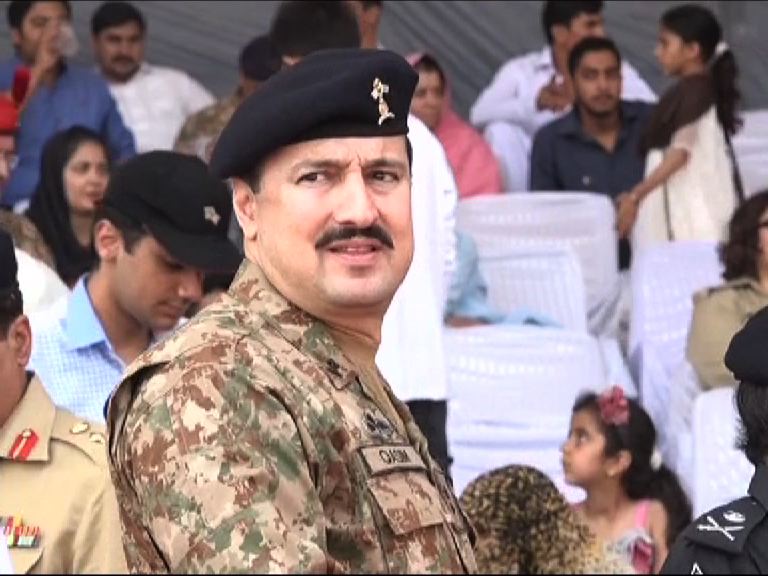 Shoaib Mansoor's masterpiece of the 90s is Alpha Bravo Charlie was produced in collaboration with the Inter-Services Public Relations (ISPR). The drama, starring Faraz Ahmed, Kashif Kirmani and Gulsher Khan as captains Faraz Inam, Abdullah Mehmood and M Qasim Khan, set a record for TRPs (Television Rating Points) in Pakistan. It depicted the bond of these three captains, all of whom belonged to different backgrounds. The character played by M Qasim Khan, Gulsher, garnered praises worldwide.

The actor, who has stayed away from the limelight, was recently seen in a video shared by the ruling party's Twitter handle.

"Gulsher Khan, Qasim Shah of Alpha Bravo Charlie fame shares a message about PM Imran Khan," the caption of the tweet read, adding, "He shares his analysis from 1987 to present and believes that the universe conspires for PM Imran Khan to achieve his dreams for Pakistan and its people."

Qasim Shah (@gulsher34) of Alpha Bravo Charlie fame shares a message about PM Imran Khan. He shares his analysis from 1987 to present and believes that the universe conspires for PM Imran Khan to achieve his dreams for Pakistan & its people. pic.twitter.com/nGybq6MtGA

In the three-minute clip, Qasim began by recalling how Khan had decided to quit cricket after the loss of the 1987 World Cup and how he went on to return to the sports in hopes to make Shaukat Khanum.

"Someone who had decided to retire from cricket in 1987 after losing in the World Cup, came to a realisation that his dream to build a hospital will never be fulfilled without the financial support he might get from playing the sport," the actor said in the video. "Keeping in mind the same thought, he decided to return to the pitch. He knew, if he could win the world cup, he can fulfill his duty and construct the cancer hospital he had vowed in hopes to help the needed."

He continued, "With the utmost dedication, Imran Khan decided to play the World Cup matches. His performances in the 1992 World Cup was witnessed by the fans and audience alike. In New Zealand, he shared how they are in this tournament to win the title. And I thought to myself, 'Look at what he's saying to how the team is performing.' But he meany business."

Talking about how PM Khan's ultimate dedication became the basis for his undying efforts to improve the country, Qasim commented, "Moving forward, after he constructed the hospital, he promised to bring the country back on track with his political party. For that, he needed to be on top. His aim was to eradicate corruption. For the same aim, he was so honest, he was so dedicated that nature and the world conspired which ultimately resulted in him being seated in the coveted chair. With the faith he had, I am sure he will do right by the people. He will never fail, Insha Allah."

"He is the only person who will act as a bridge among these differences. I am sure he will do it. Khan Sahab, we are standing with you, you have our support," he concluded.