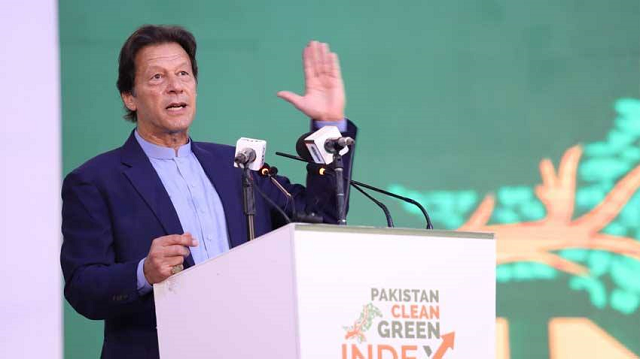 A wrong legal strategy followed by the ruling Pakistan Tehreek-e-Insaf (PTI) in the foreign funding case has forced it to be on the defensive.

Senior lawyers, who closely examined the case, are wondering as to why the PTI is delaying the matter.

One section within the PTI is even blaming party's counsel, Anwar Mansoor Khan, for delaying the matter without any reason.

It is learnt that the PTI leadership was of the view that the issue should not adjudicated upon during the tenure of former chief election commissioner Sardar Raza Khan.

As the issue has gained national prominence, a debate has started within the PTI stressing expeditious disposal of the foreign funding case as the party has very strong case to plead on before the Election Commission of Pakistan (ECP).

The commission will resume hearing in the case today (Wednesday).

Counsel for the PTI Shah Khawar, while taking to The Express Tribune, said that he was by the party engaged in December 2018.

He clarified that the PTI did not move any application before the ECP for adjournment of the case, saying he expected that the ECP woudl dispose of case as early as possible.

Article 6(3) of the Political Parties Act 2002 is very relevant in the case. The provisions says: "any contribution made, directly or indirectly, by any foreign government, multi-national or domestically incorporated public or private company, firm, trade or professional association shall be prohibited and the parties may accept contributions and donations only from individuals".

According to the provision, there is no bar on individuals to donate funds to a political party. The allegation on the PTI is that foreign individuals donated it funds. Interestingly, there is no allegation that the PTI got funds from any other state institution/agency.

Likewise, the Election Act 2017 will not be applicable on the PTI case. The party accounts that are being scrutinised pertain to the year preceding 2013.

The Supreme Court has already discussed in detail the question of foreign funding in its 2017 judgment on a petition filed by Pakistan Muslim League-Nawaz (PML-N) leader Hanif Abbasi, who had sought disqualification of Imran Khan.

The SC bench led by former chief justice of Pakistan (CJP) Mian Saqib Nisar, while making a distinction between a ‘foreign aided’ party and ‘prohibited funding’, referred the case on December 16, 2017 to the ECP for a probe.

The judgment had noted that it is the duty of the ECP to scrutinise accounts of political parties on the touchstone of Article 6(3) of the PPO read in the light of Article 17(3) of the Constitution.

PML-N’s counsel Akram Sheikh had submitted that the PTI is a ‘foreign-aided’ political party in terms of Article 2(c) (iii) of the Political Parties Ordinance (PPO) 2002 as it received contributions prohibited under Article 6(3) thereof read with Article 17(3) of the Constitution.

He had argued that despite the above-stated position, Imran Khan personally issued certificates to the ECP in terms of Article 13(2) of the PPO to the effect that PTI “does not receive funds from prohibited sources”, meaning thereby that it is not a foreign-aided political party.

“These certificates make a mis-declaration of fact and thus the Respondent (Imran Khan) has proven himself to be not sagacious, righteous, honest or ameen.

“He is, therefore, liable to be disqualified from holding elective office or being elected thereto under Articles 62(1) (f) and (g), and 63(1)(p) of the Constitution,” he had said.

Rather, the allegation is that the PTI has been receiving financial contribution and/or a portion of its funds from foreign nationals as not only the directors of the PTI USA LLC are American citizens, but contributions have been collected from individuals and the companies that are admittedly foreign nationals.

What if a party is foreign-aided?

It stated that where the federal government is satisfied that a political party is a foreign-aided party or has been formed or is operating in a manner prejudicial to the sovereignty or integrity of Pakistan or is indulging in terrorism, it shall make such declaration by a notification in the official gazette.

“Within fifteen days of making a declaration under Clause (1), the federal government shall refer the matter to the SC whose decision on such reference shall be final. Where the Supreme Court upholds the declaration made against a political party under Clause (1), such party shall stand dissolved forthwith.”

In case of prohibited funding

The court had declared that any contribution or donation which is prohibited under the PPO shall be confiscated in favour of the state in the manner as may be prescribed.

It had also referred to the relevant law, which says where the ECP decides that the contributions or donations, as the case may be, accepted by the political parties are prohibited under Clause (3) of Article 6, it shall, subject to notice to the party and after giving an opportunity of being heard, direct the same to be confiscated in favour of the state to be deposited in government treasury or sub-treasury.

The judgment had said the alleged falsity of the certificates issued by Imran under Article 13(2) of the PPO is secondary fact, ascertainable by a competent court of law after the ECP gives its findings whether any prohibited funding has been received and collected by the PTI in terms of Article 6(3) of the PPO.

However, PML-N counsel Akram Sheikh had referred to the Arshad Lodhi case judgment in which a parliamentarian was disqualified for submitting false affidavit.

Legal experts believe that after Khawaja Muhammad Asif case, new jurisprudence has been evolved wherein the courts examine the intention of any lawmaker before giving a declaration under Article 62 (1)(f) of the Constitution, whose punishment is lifetime disqualification

The court in Khawaja Asif case laid down an ‘objective criteria’ to test the honesty of lawmakers by declaring that Article 62(1)(f) cannot be applied to every omission or non-disclosure of assets.

“Mere omission to list an asset cannot be labelled as dishonesty unless some wrongdoing is associated with its acquisition or retention which is duly established in judicial proceedings,” said the judgment authored by Justice Faisal Arab.

Chaudhry Faisal Hussain advocate, who has appeared on behalf of PTI in this case, also said it is not a foreign funding case but a prohibited funding case and both have different penal consequences.

He said similar allegations of getting funds through prohibited sources are being faced by other major political parties. Therefore, the ECP must also examine details of their accounts.